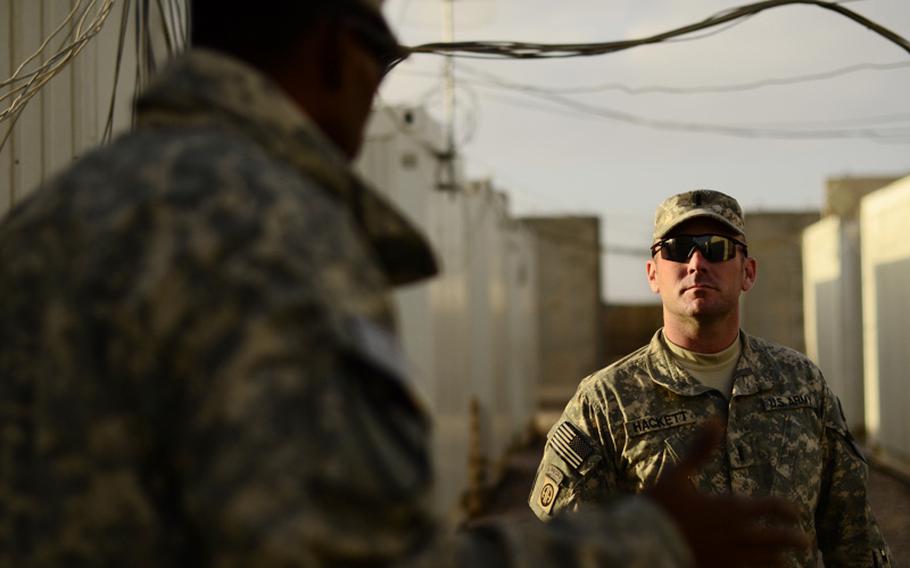 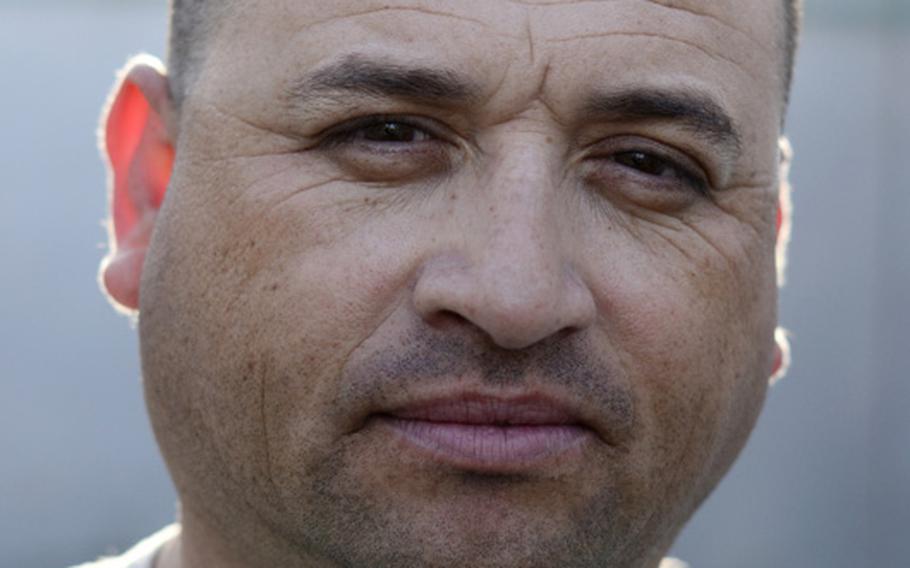 Buy Photo
Sgt. Christopher Mendez, of Yuma, Ariz., served his final Iraq tour during 2011 in Basra with Hackett, and his first tour in 2004. (Joshua L. DeMotts/Stars and Stripes)

BAGHDAD — After nearly nine years of war in Iraq, was it worth it?

As the U.S. military ends its mission in Iraq, Stars and Stripes spoke with 20 soldiers and airmen currently serving in Iraq and asked them that question.

The servicemembers came from varying jobs and backgrounds. Most have served multiple tours in Iraq. Many knew people in their units who lost their lives.

Their responses varied markedly. Some expressed optimism for Iraq’s long-term future, while others said that the war amounted to a waste of effort and life.

But the dominant conclusion that servicemembers came to on the war’s worth was this: We think so, but we don’t really know yet.

“If [the Iraqis] continue on the path they’re on, it was worth it,” said Air Force Staff Sgt. Charlie Ford, of Omak, Wash., a joint tactical air controller attached to the 1st Cavalry Division out of Fort Hood, Texas. Most of the American public does not appear to agree.

After 25 successive polls, opinion has barely changed since December 2006, when 61 percent said the same thing.

Servicemembers who strongly believed that the war was worth fighting attributed the poll results to either ignorance or lack of interest in what they’ve been doing.

Hackett, who spent 2011 in Basra with the 215th Brigade Support Battalion, 1st Cavalry Division, served as an enlisted sniper section leader in 2004 at Camp War Eagle, located in the violent Baghdad slum of Sadr City.

Sophisticated attacks from cleric Muqtada al-Sadr’s Mahdi Army and other anti-American forces came daily. Hackett still grapples with the tough calls he made during that chaotic time — the innocent man he shot at, the bomber he didn’t — yet he remains an ardent exponent of the war’s accomplishments.

“From a strategic side, yes, it was a success, having seen what it was like in 2003 and what it’s gone to,” Hackett said. “Where it will go is anyone’s guess.”

The Iraq war toll is far more staggering than most servicemembers ever imagined when the war began in March 2003: About 4,500 U.S. servicemembers have died and another 32,000 have been wounded, according to U.S. estimates.

Roughly 100,000 Iraqi civilians have died from violence since 2003, according to U.S. and Iraqi figures, and the United Nations estimates that 1.5 million Iraqis are either refugees or internally displaced.

Among Iraqis, many who opposed the U.S. war effort, hold it responsible for the bloody sectarian fighting between Kurdish, Sunni and Shi’a Arab groups that still festers.

“Everyone really was grateful that the U.S. got rid of Saddam,” said an Iraqi who served in the Saddam-era Iraqi army, and now works for an official in the reconstituted Iraqi army. “But before that, nobody cared if you were Sunni or Shia. That only came with the Americans. I think [Western nations] fear what would happen if Arabs united.”

Most servicemembers do not see themselves as responsible for Iraq’s troubles; instead, they view themselves as the element opposing corruption and sectarian troubles through fighting, building infrastructure and training Iraq’s security forces.

Sgt. Christopher Mendez, of Yuma, Ariz., served his final Iraq tour during 2011 in Basra with Hackett, and his first tour in 2004.

The first time Mendez rode through the gate during that initial tour at Camp Cuervo, in Baghdad’s northeast, a rocket-propelled grenade whizzed by his window.

“That’s when it became real, that these guys really want to kill me,” Mendez said. “Every day before we rolled out the gate, I’d think, ‘Is this the day?’ For the whole year, it was like that every single day.”

Later in his tour, Mendez stepped out of his vehicle when a mortar landed, sending six pieces of shrapnel into his leg. He was hospitalized for four months, and then returned to his unit.

Mendez said the tour was so intense that he has blocked parts of it out of his mind.

He then talked about the decreases in violence since the darkest days of the insurgency, and concluded that the war was worth fighting.

“One view is that it really is better,” Mendez said. “The other side is that you’re internally justifying it. You force yourself to look at the good, so it’s justified. I’d like to say I avoided doing that.”

Sgt. William Daniel, of Orlando, Fla., who spent 2011 at Contingency Operating Site Kalsu and 2009 at the renamed Joint Service Station War Eagle in Sadr City, thinks that many servicemembers are rationalizing the war’s worth, without admitting it.

“I think you almost have to, especially if you’re going to stay and re-enlist,” said Daniel, of 2nd Battalion, 5th Cavalry Regiment, 1st Cavalry Division. “Soldiers, they do have to convince themselves. Either they’re struggling with it, or they actually think they’re doing something good.”

Daniel remains proud of how well the Army held together during the war, but he believes that the cost in terms of lives, effort and money wasn’t worth the result.

“I don’t really see any benefit for the United States at all,” Daniel said.

The benefit prior to the invasion was supposed to be the removal of the threat of weapons of mass destruction.

The benefit espoused by political leaders then shifted to the idea that a stable Iraqi ally in the Middle East would serve America’s interests. But when servicemembers were asked what made the war worth it, that rarely came up.

Giving an oppressed people a shot at a better life was the most common response.

“I’m excited to see what the Iraqis can do, actually,” said Sgt. Michael Ashby, of Columbiana, Ohio, and the 115th Brigade Support Battalion, 1st Cavalry Division. “We’ll see if all the training we actually gave them will pay off, and if they can sustain it. Yes, it’s worth it. It better be.”