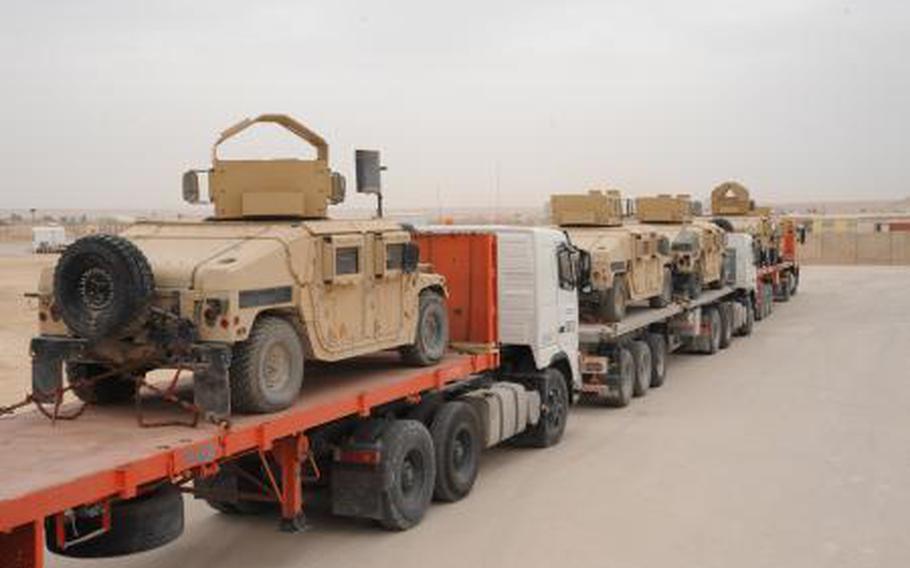 WASHINGTON &mdash; While Iraq&rsquo;s government dithers over whether to American troops should stay beyond the end of this year, the accelerating pace of the drawdown is making it increasingly difficult for the United States to reverse course if called on to maintain operations in the country.

&ldquo;There&rsquo;s a momentum in the process once you start closing sites down ... and you start moving troops and contractors out of Iraq,&rdquo; Army Maj. Gen. Thomas Richardson, who oversees logistics for U.S. Forces Iraq, told reporters Wednesday.

About half of 94 U.S. military sites slated for closure at the start of Operation New Dawn in September 2010 have already been shut down, while another seven will be closed this month, he said. The site closures schedule isn&rsquo;t designed to preserve bases needed if the U.S. stays. The mission now is simply to be out of the country by the year-end deadline.

&ldquo;We&rsquo;re on a glide path based on drawing everything down to zero, because that&rsquo;s the orders we&rsquo;ve been given,&rdquo; he said.

The pace of equipment disposal is also picking up, Richardson said. Prior to September 2010, the military had given Iraq $157 million dollars of excess materiel &mdash; commercial equipment like desks, vehicles and electrical generators. In the 11 months since then, $247 million worth of equipment has been handed over to Iraqi authorities.

Excess equipment, Richardson said, is defined as usable but too worn out to transfer elsewhere within U.S. Central Command or given to other U.S. government entities in Iraq. The State Department, for instance, has so far received $78 million worth of equipment that is in better shape that the materiel transferred to Iraq.

The longer Iraq waits to answer the U.S. on troop presence, the more sites are closed down. That means more free equipment for Iraq, and perhaps a more difficult task for the U.S. to fully equip its own forces that might ultimately remain in the country.