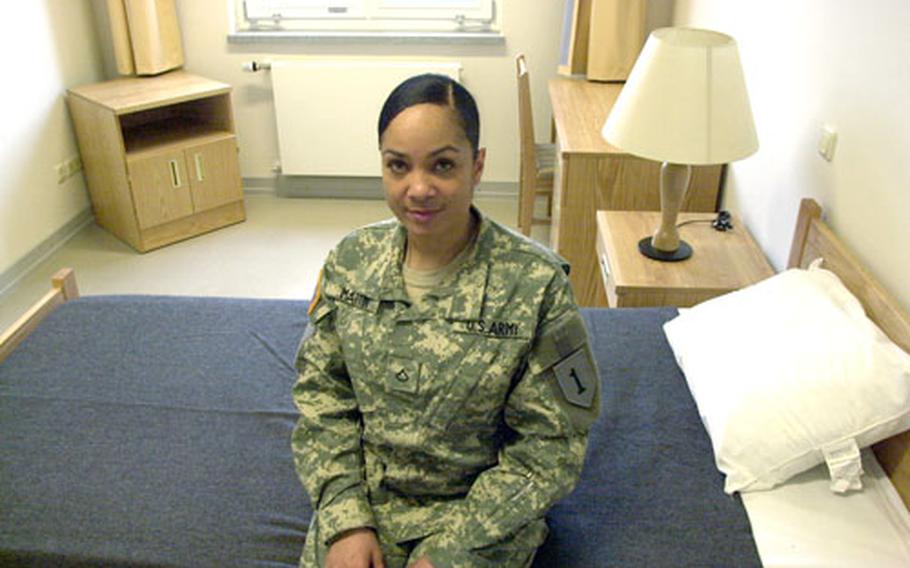 GRAFENW&#214;HR, Germany &#8212; The first soldiers from the 12th Chemical Company arrived here this month, starting a build-up that will see 3,500 troops and 5,000 family members move to the training area from other parts of Germany by 2008.

According U.S. Army Garrison Grafenw&#246;hr, the base is set to expand from a 1,000-soldier garrison with 2,000 military family members &#8212; according to April 2005 figures &#8212; to a brigade-sized facility with 4,500 active-duty soldiers and 7,000 family members by 2008. The Army is spending $600 million expanding the base to accommodate the new arrivals, garrison officials said. The 12th Chemical is the only new unit scheduled to arrive this year, the officials said.

The &#8220;Hell Fire&#8221; company, which still wears the 1st Infantry Division patch but recently transferred to the 1st Armored Division, is moving personnel and equipment from its old base at Harvey Barracks, Kitzingen, La Fountain said.

&#8220;The soldiers are really excited about the move. We are here at the beginning of Grafenw&#246;hr&#8217;s growth and it is a great location for soldiers to be because you are right here at the training area. We are looking forward to doing some great training on the ranges, which are some of the best in Germany,&#8221; he said.

The unit will work out of one of 24 new headquarters buildings at Grafenw&#246;hr and soldiers have already started moving into one of 12 new $9.5-million barracks buildings nearby.

The barracks, which houses 137 soldiers, includes 11 noncommissioned officer apartments, each with its own bathroom, walk-in closet and kitchenette with a stove, microwave and refrigerator, as well as a table and chairs, couch and a double bed.

Soldiers&#8217; apartments include private bedrooms with walk-in closets and shared bathrooms and kitchens.

Pfc. Tamieka Martin, 31, of Los Angeles, one of the newly arrived 12th Chemical soldiers, said she was impressed by the barracks.

&#8220;This place is better than where I lived when I was a civilian. It is not what I expected when I joined the military &#8212; to have such a comfortable environment. I thought it would be bunk rooms,&#8221; said Martin, who plans to decorate her room with Bob Marley posters.

Another 12th Chemical soldier, Staff Sgt. Dwaine Cobb, 44, said he was ecstatic about his new home. Cobb said that when he joined the Army in 1990, there were three soldiers to a room and they had to walk down the hall to use the bathroom.

First Sgt. Tony Marshall, 37, of Valdosta, Ga., said soldiers would appreciate living so close to community facilities such as Grafenw&#246;hr&#8217;s new $15 million gymnasium and the $38 million post exchange, which is under construction nearby.