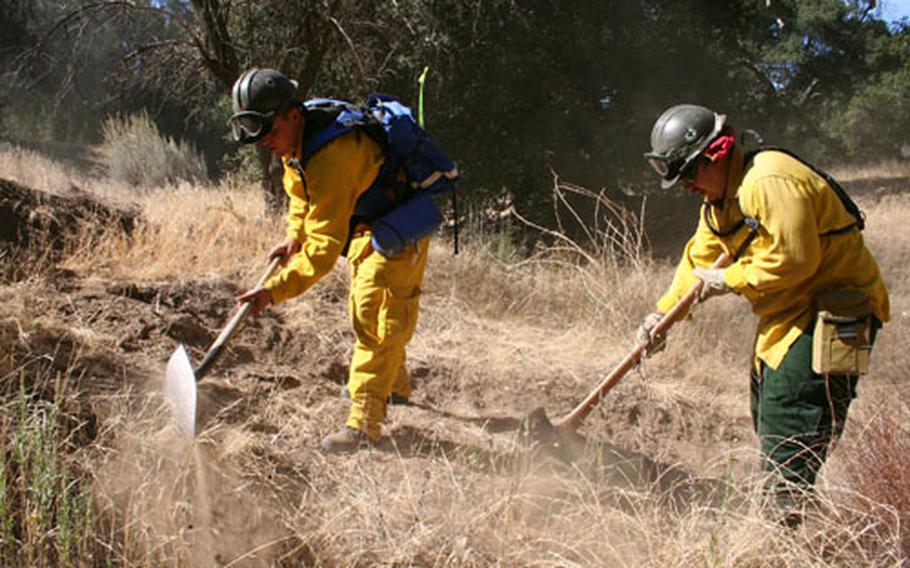 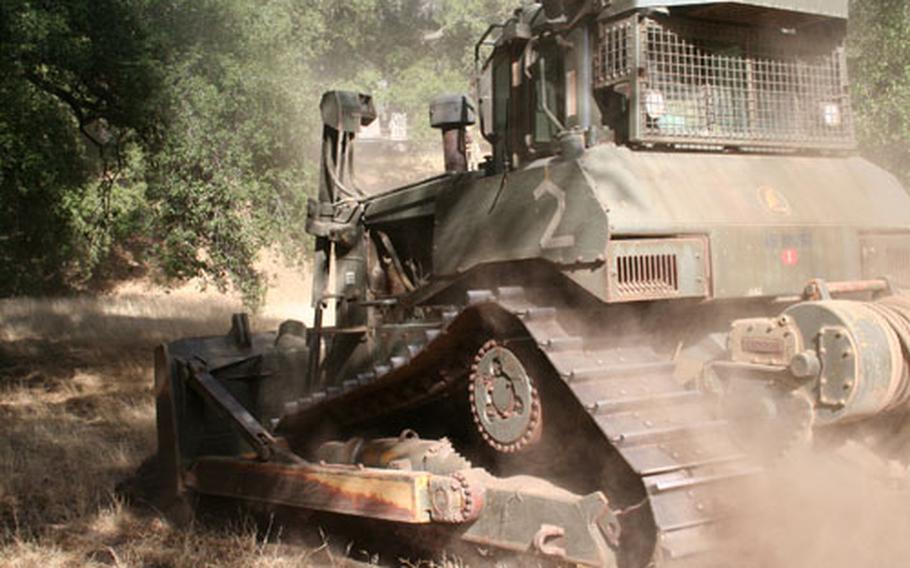 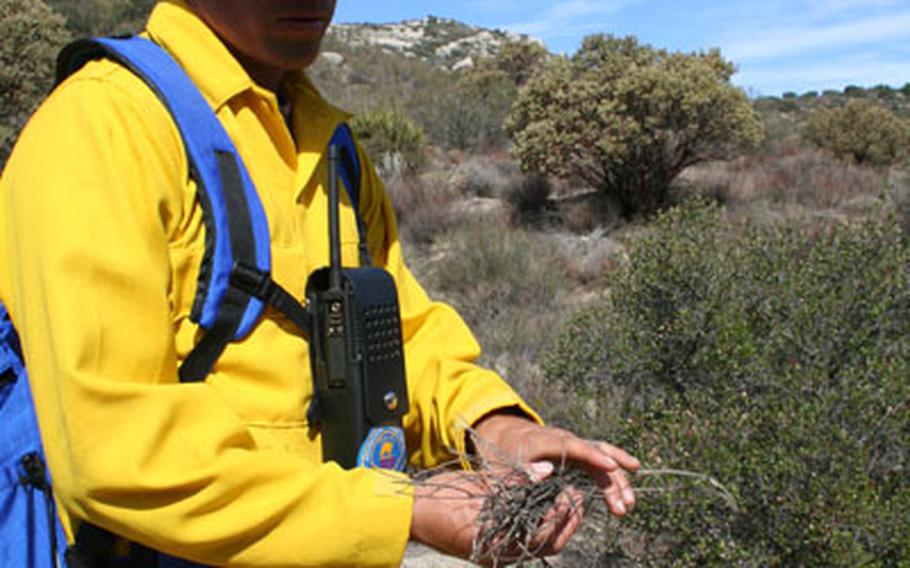 Equipment Operator 1st Class John Trujillo, a bulldozer crew supervisor, snaps some brush in his hands. The foliage was so dry that is crumbled into dust in his hands when he squeezed it. All of the plant life in the Hauser area was in a similar state. (Lisa Burgess / S&S) 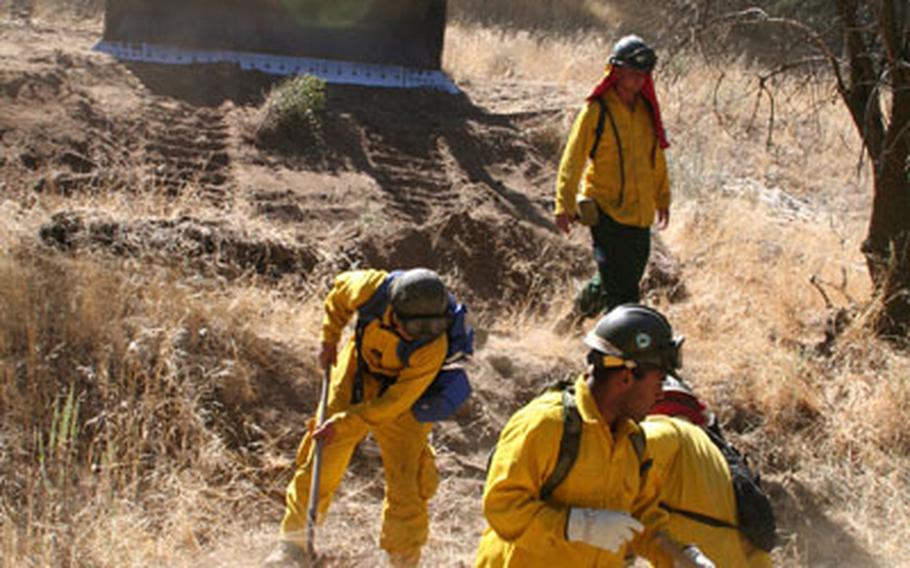 “Task Force Bulldozer” Seabees from Amphibious Construction Battalion 1 in Coronado, Calif., do what firefighters call “handwork” while the D-7 bulldozer behind them works to clear a wider swath of brush, scrub, and other debris down to the bare earth. The sweaty, filthy work is made even hotter because of the fire-resistant outerwear and helmets the sailors are required to wear. (Lisa Burgess / S&S)

SAN DIEGO, Calif. &#8212; The Navy Seabees who arrived Saturday to the vicinity of the vicious Harris Ranch Fire to build protective firebreaks got word midday Sunday to stop work and go home.

Earlier in the day members of &#8220;Task Force Bulldozer,&#8221; who are from Amphibious Construction Battalion 1 based in Coronado, Calif., said they expected the mission to last for two to three days.

Instead, at 2:30 p.m., the battalion&#8217;s commanding officer called Lt. Jr. Grade James Johncock, the officer in charge of the task force, to tell them to stop work.

With the immediate state of emergency for the fire now over, the operation has moved into a new, less-urgent sustainment phase, Johncock said.

Boasting an enormous range of construction, engineering, security, and other skills, the Seabees are the military&#8217;s most versatile unit, Equipment Operator Chief Mark Hays said. The Seabees have been tapped to respond to literally hundreds of contingencies all over the world.

But this is the first time that the Seabees have worked on a major firefighting project requiring coordination with both state and federal partners, Hays said.

So even if Task Force Bulldozer was short-lived, &#8220;it was an exercise that needed to be done,&#8221; Hays said, because it helped teach all the components how to cooperate smoothly with one another.

Capt. Matt Brown, spokesman for Navy Region Southwest, said the unexpectedly rapid conclusion to the Seabee&#8217;s mission &#8220;is great news because it means the emergency is over.&#8221;

The 500-member battalion got word that a task force was needed to support Harris Ranch Fire-fighting efforts on Wednesday, and leaders solicited volunteers. The 44 sailors who were chosen spent Thursday receiving abbreviated &#8220;Fire Fighting 101&#8221; training, then hit the road with four bulldozers, two water trucks; and assorted support equipment.

The Seabees worked Saturday until it was too dark to see, then went back to base camp. After grabbing a few hours of precious sleep Saturday night, the Seabees mustered before first light on Sunday.

Saturday&#8217;s minor rain sprinkles may have helped firefighters stamp out the county&#8217;s big fires, but they did absolutely nothing to hydrate plant life almost completely dehydrated by several years of drought.

As Equipment Operator 1st Class John Trujillo &#8220;walked the line&#8221; with Pete Soderquist, his civilian counterpart on the task force, to plan the best places to dig firebreaks, the sound of bushes and scrub was like Rice Krispies beneath their dusty boots.

Soderquist tied bright-green tape to bushes to mark the lines, and the 55,000-pound D-7 bulldozers fired up for action.