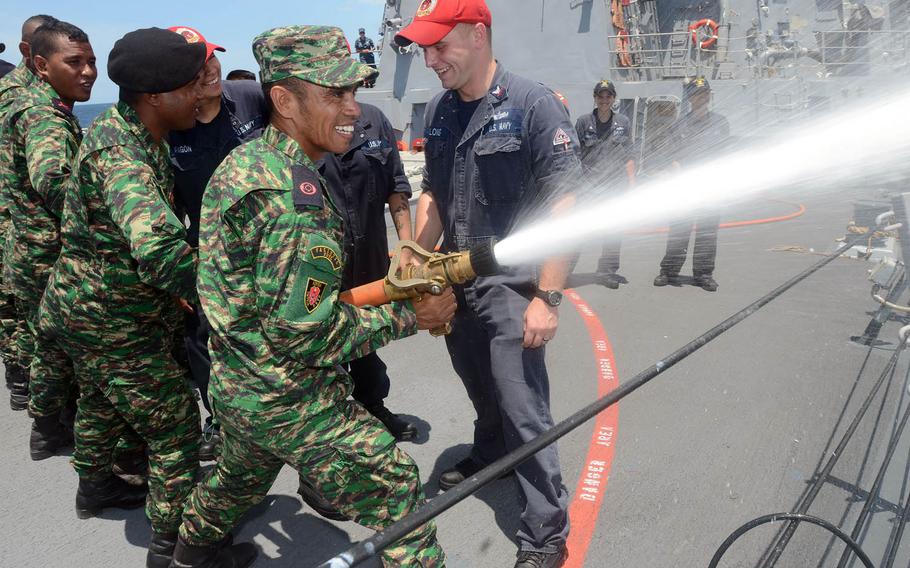 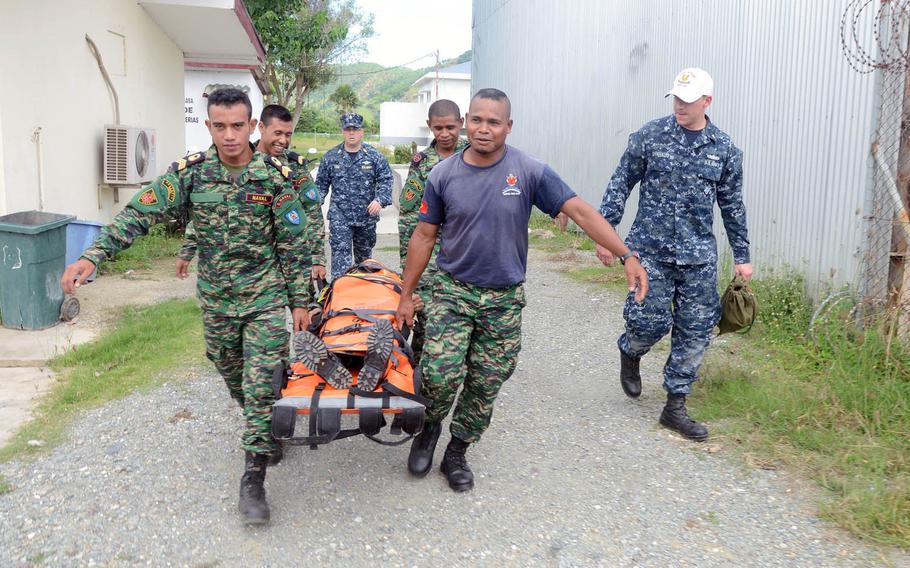 TOKYO — About 150 U.S. sailors have arrived in East Timor, a country that international observers say is on its way toward stability but still has a long way to go in its development.

The exercises planned for the world’s second-newest nation are somewhat unusual for their small scale, when compared with the combat training at other stops in the Navy’s nine-nation Cooperation Afloat Readiness and Training, or CARAT.

Some of the sailors flying into the Timorese capital of Dili will instruct East Timor’s servicemembers on basic seamanship, while Seabees will work on community service projects. The country also is known as Timor-Leste.

“With a country like Timor-Leste, you have to start sometime in building capacity and partnerships,” Williams said Saturday in Singapore during a phone interview.

East Timor won its independence in 2002 from Indonesia after decades of fighting.

Estimates swing widely between 100,000 and 250,000 killed since 1975, when Portugal’s colonial rule over the eastern half of Timor ended. East Timor declared independence that year, but Indonesia invaded nine days afterward.

In 1999, large-scale violence erupted between nationalist and pro-Indonesian forces after East Timor voted overwhelmingly for independence in a United Nations-backed referendum. By 2002, 70 percent of the nation’s infrastructure had been destroyed and 75 percent of its people had been displaced, according to World Bank figures.

After internal strife in 2006 led Australian and UN forces back into the country, East Timor began recovering. By 2012, the nation held orderly, democratic elections, according to analysts.

“There have been notable reductions in various forms of violence in Timor-Leste, particularly political violence,” according to a 2015 report by the Development Progress project, which is operated by the Overseas Development Institute, a British think tank.

“While security has undoubtedly improved, this may be negated by socioeconomic inequalities and questions around how the gains made to date may be sustained,” the report added.

Poverty is now East Timor’s biggest security threat, Domingos Sarmento Alves, the country’s ambassador to the United States, said in a March interview with The Diplomat, a news site.

Unemployment among the population of 1.2 million — half of which is under age 19 — could lead to internal conflict, as well as make East Timor vulnerable to drug and human trafficking, Alves said.

However, Alves remained optimistic about the nation’s moves to diversify its economy beyond oil and gas revenues.

“We, the Timorese people, have proved ourselves as tenacious and resilient people in pursuing the attainment of our goals,” Alves said.

East Timor is also aiming for a voice in affairs outside its borders. It has applied to join the Association of Southeast Asian Nations; acceptance would give it input on regional issues of concern to the U.S., such as freedom of navigation.

Stability will require continuing professionalization of its security forces. Other nations have willingly assisted, most recently including the U.S., when Marines rotating in from Australia conducted urban operations training with East Timor’s Defense Force in June.

The U.S. Navy’s job is simpler by comparison. East Timor’s naval force consisted of seven patrol boats in 2013, according to The Military Balance, an annual book detailing the world’s forces.

On Monday, a coastal riverine team and others will assist with security and boat maintenance, in additional to the general seamanship and Seabee projects. Meanwhile, officers will talk with the nation’s military leadership about long-term goals that include a navy capable of a more complex partnership.

“It’s something they hope to work to, and when they do, we’ll be there to support,” Williams said.