As Darmstadt shrinks, its school prospers 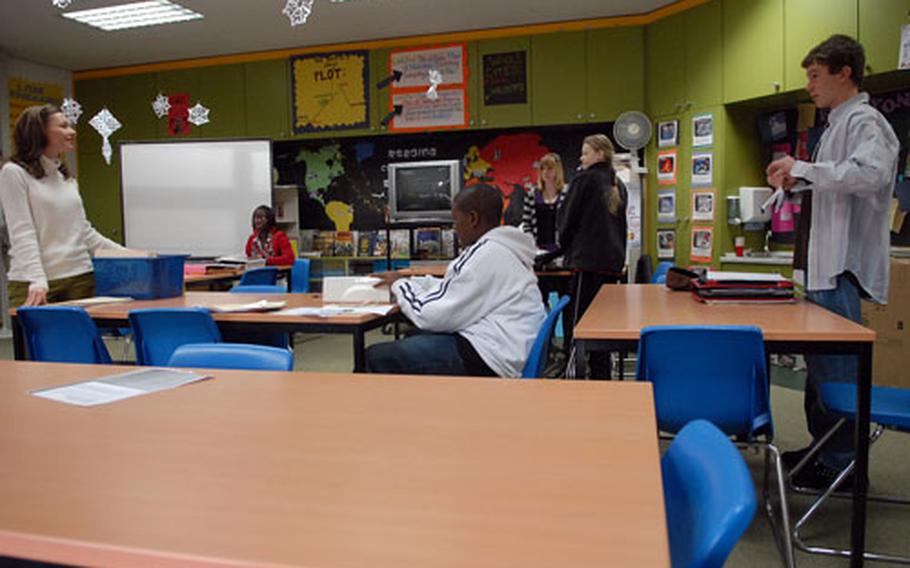 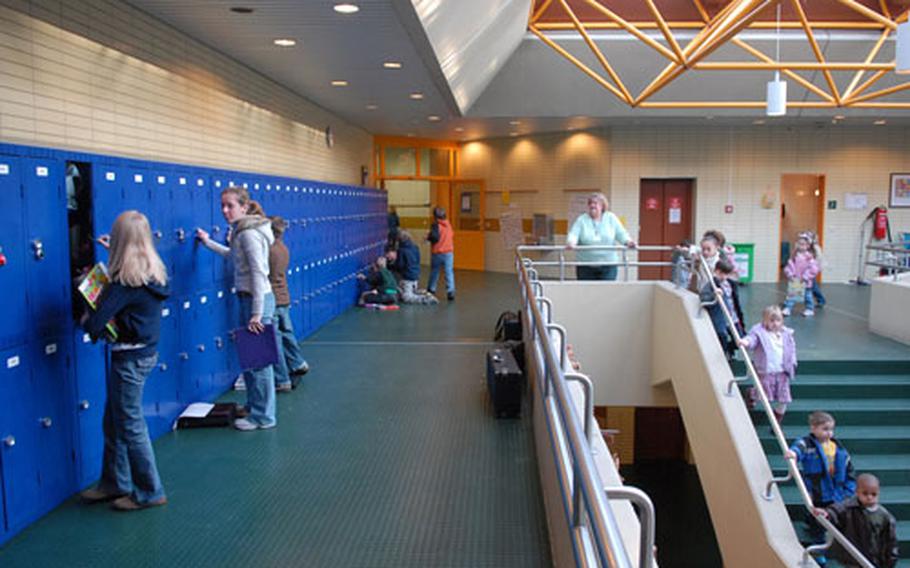 While students still go to their lockers and change classes at Darmstadt Elementary/Middle School, the number of them doing so has gotten smaller. With the closure of the Darmstadt garrison later this year, enrollment at the school had dropped, and will continue to do so. (Michael Abrams / S&S)

Ryan Lundy couldn&#8217;t remember Thursday just how many students were in his German class.

Though the 13-year-old Darmstadt seventh-grader had been taking the class since the beginning of the school year, the number escaped him.

Under different circumstances his confusion might have been cause for concern.

But in the last month &#8212; mostly during the Christmas holiday &#8212; 35 students left his school for good, and Lundy just didn&#8217;t know how many students remained in his class after returning this week from break.

Since the beginning of the school year, enrollment at Darmstadt&#8217;s lone Department of Defense Dependents School, which houses kindergarten through eighth grade, has dropped from 368 students to 309.

The consequences of the shrinkage have been obvious to teachers, students and the administration. For the most part, those consequences have been good from all perspectives.

With 38 full-time teachers, the staff enjoys an almost unheard of student-to-teacher ratio of nearly 8-to-1, which lessens individual teacher workloads and gives them time to attend to individual students.

Students have noticed the attention. They also say there seems to be more money to do the things that make school fun, such as field trips.

Both these things have contributed to learning.

&#8220;If anything, the shrinking population makes it easier to go faster and to address the standards,&#8221; said Elizabeth Thornton-Bremer, who teaches German as well as English as a second language to Darmstadt middle school students.

With fewer students vying for her time, Thornton-Bremer is able to spend more time to experiment with teaching strategies to determine the best ways to help individual students learn, she said.

She admitted that there have been downsides, particularly the loss of art and home economics classes at the middle school level. But she suggested the school&#8217;s principal, Joseph Malloy, has given teachers the freedom to creatively fill holes that have opened in the curriculum.

For example, Thornton-Bremer said, she&#8217;s incorporated music, art and cooking into her German classes, combining the different subjects to teach in a way she hadn&#8217;t before. She also hopes to add dance and fasching &#8212; the German version of the Carnival season &#8212; to the mix.

Though activities like those, along with more field trips and class projects have made school fun for 13-year-old Alyxandra Steele, classes also have gotten a bit duller as student numbers drop, the eighth-grade student said.

Last year, she said, there were some people in her class who were good at asking questions that helped everyone get a better grasp on a subject.

&#8220;They&#8217;re gone now, and we can&#8217;t get that extra information that helps up broaden our minds and experience those kinds of ideas and perspectives that help us understand other things,&#8221; Steele said.

But the teachers seem to make up for that.

There aren&#8217;t as many kids to participate in discussion, said Amber Veranen, 13, &#8220;but we still get better grades with less kids, because if you need help they put you in a certain class and they help you and they know how you learn and work and stuff better and they know you personally.&#8221;

Malloy, who took over the school for its closing year, said the school&#8217;s shrinking has reduced discipline problems to near zero as its easier to hold kids accountable.

Thornton-Bremer noted that she occasionally jumps on the phone during class to fill parents in about their children.