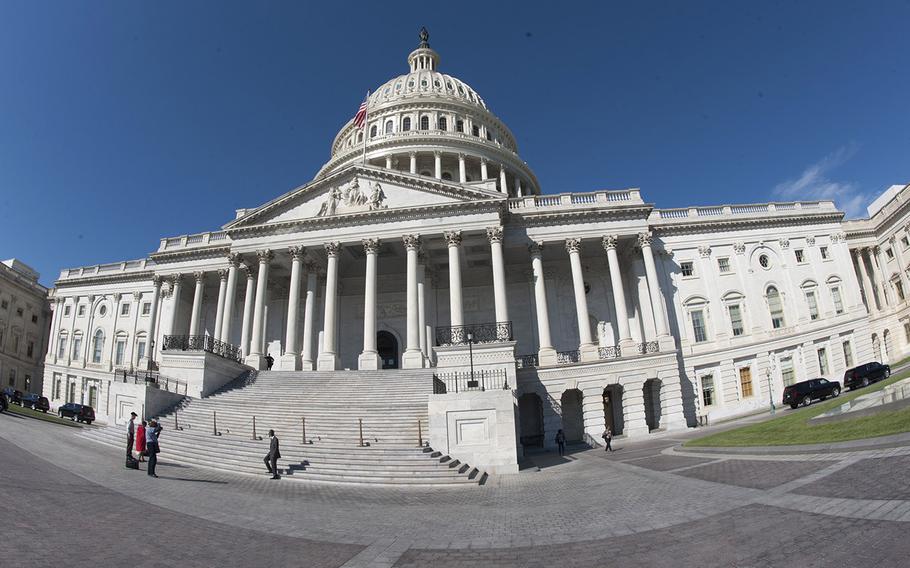 WASHINGTON – Major reforms to veterans’ health care are moving forward on Capitol Hill, and politically conservative and liberal groups are attempting to influence what could be an intense debate over balancing private-sector care.

The House Committee on Veterans’ Affairs will meet Tuesday morning to discuss options for overhauling Veterans Choice, a program created in 2014 following the Department of Veterans Affairs wait-time scandal. The program, which has surpassed $12 billion in spending, has been the subject of criticism about eligibility restrictions, money mismanagement and failure to administer timely reimbursements to private-sector medical providers.

The committee on Tuesday will hear from VA Secretary David Shulkin, as well as representatives from three major veterans service organizations: Disabled American Veterans, Veterans of Foreign Wars and the American Legion. But in recent days, the fight has attracted more participants.

Sixteen conservative groups, some tied to the Koch brothers’ political network, sent a letter to Congress on Monday advocating for all veterans to have an option to choose private-sector health care instead of the VA. Groups endorsing the letter include Americans for Prosperity, Americans for Tax Reform, Tea Party Nation, Heritage Action for America – a sister organization to the conservative think-tank Heritage Foundation – and Concerned Veterans for America, which has become more involved in VA-related legislation since the election of President Donald Trump and lobbied for a government-chartered nonprofit to run VA health care.

“Americans who put their lives on the line for our country should have the freedom to choose to use their VA benefits in the private health care market,” the letter states. “Giving veterans more health care choice is something that has overwhelming support among veterans and nonveterans alike.”

Leading up to Tuesday’s hearing, groups on the other side of the political aisle were also increasing their efforts. VoteVets, a liberal veterans advocacy group, is speaking out against VA privatization. The group is warning of an end to VA health care that could signal the demise of a single-payer, “Medicare for All” plan for the rest of the country.

“We are at the tip of the spear in fighting to preserve and protect our VA health care system from being destroyed and privatized,” said Will Fischer, director of government relations for VoteVets. “We’re working every day. Our message is resonating and growing stronger, every day.”

Members of the American Federation of Government Employees -- a union representing 230,000 VA workers – held dozens of rallies nationwide leading up to the debate. The union accused the Trump administration of using Choice reform to shift more public funds to private entities and undermine VA health care.

The union is calling on Congress to invest more funding into the VA and fill personnel vacancies. There were more than 34,000 open positions in the VA at the end of June, according to VA data.

“These vacancies are plaguing the VA nationwide,” said J. David Cox Sr., president of the American Federation of Government Employees.

Lawmakers on Tuesday will discuss a bill proposal from the VA, titled Veterans Coordinated Access & Rewarding Experiences Act, or CARE. The proposal consolidates the VA’s community care programs and promises to give veterans and their VA physicians flexibility in choosing whether they receive care at a VA facility or from a private-sector provider. It would do away with a widely criticized “30-day/40-mile” eligibility rule, which allows veterans to go outside the VA for health care only if they have to wait more than 30 days for an appointment or if they live more than 40 miles driving distance from a VA facility.

A summary of the proposal states it also contains measures to improve medical facilities and “strengthen the VA’s world-class medical staff.”

Cox described the CARE Act as “a total dismantling of the VA.”

“One important modification that we believe should be made is that a veteran should be able to choose a primary care physician inside or outside of the Veterans Health Administration,” said CVA Policy Director Dan Caldwell. “This reform would be an important step toward fulfilling President Trump’s promise to increase health care choice for our veterans.”

The VA’s plan has so far received some praise from Sen. Jon Tester, D-Mont., Sen. John McCain, R-Ariz., and the American Legion – but all indicated the proposal would need adjusting.

Major veterans service organizations such as the American Legion have expressed the need to maintain some level of private-sector care but are concerned about eroding VA resources to pay for it.

Adrian Atizado, with Disabled American Veterans, said earlier this month at an event hosted by the American Federation of Government Employees that a balance must be struck between private care and VA care.

“We all have a responsibility to make sure the VA remains a steady presence in our health care landscape,” he said.

The House Committee on Veterans’ Affairs is putting together its own proposal to overhaul Choice. Draft legislation -- to be unveiled Tuesday -- would allow veterans to go outside the VA if the agency determines it can’t provide them a health care team. Veterans would be able to seek treatment through a network of private-sector providers that would be established in each region.

Committee members will get feedback on both proposals Tuesday.

Shulkin has said he wants Congress to pass reform legislation by mid-November. In August, Congress approved $2.1 billion in emergency funding to keep the Choice program going until February 2018. The VA projected the money will now last only until the end of the year.