As clock ticks, WWII veterans need help to get back to Iwo Jima 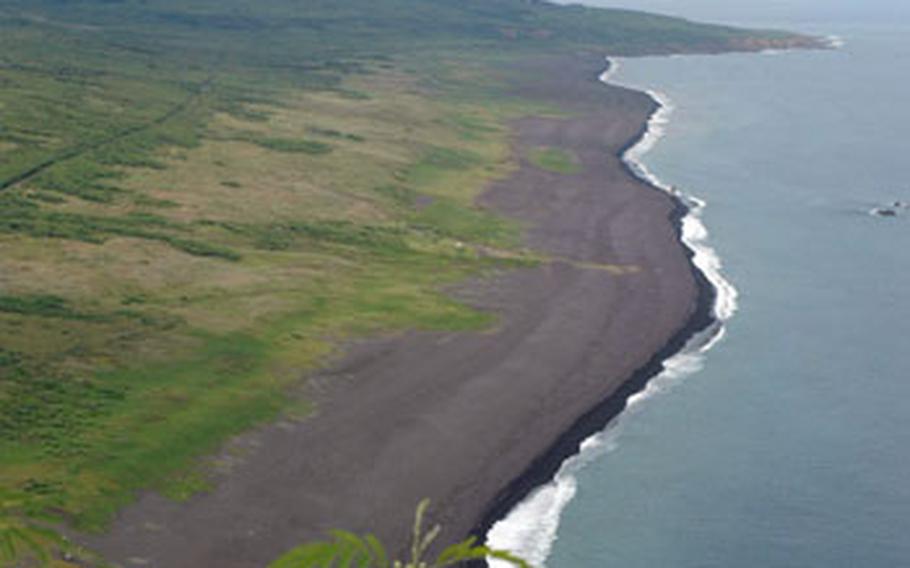 Buy Photo
A group of World War II veterans are stuck on Okinawa this week after a charter plane company that had volunteered to fly them to Iwo Jima for a memorial ceremony on Wednesday canceled unexpectedly. The site of the 1945 invasion is shown in this 2008 photo of Iwo Jima. (Teri Weaver/Stars and Stripes)

YOKOTA AIR BASE, Japan &#8211; The military has denied a request from a World War II veterans group for transportation to Iwo Jima this week to commemorate the historic battle that took place there 65 years ago.

The Greatest Generation Foundation asked the military for help after a charter plane company that had volunteered to take the group from Okinawa to the battlefield canceled unexpectedly two weeks ago. But Pentagon officials denied the request because it could set a problematic precedent for other nongovernmental agencies that ask for similar assistance, U.S. Pacific Command spokesman Marine Maj. Bradley Gordon said Tuesday from Hawaii.

PACOM officials in Hawaii and Japan on Monday had been trying to arrange a military flight for the group in the event leaders in Washington approved the request, Gordon said.

Before the decision was made, the Denver-based nonprofit brought 12 aging veterans who fought at Iwo Jima from the United States to Japan over the weekend as planned, hoping the military would be able to provide transportation.

&#8220;[The veterans] are very emotional. They know the dream of going back to Iwo Jima is not going to take shape,&#8221; said Timothy Davis, president of the foundation, which has sponsored battlefield trips for veterans since 2004.

The group of 85- to 97-year-old former Marines &#8212; along with 12 students who were to document their return to Iwo Jima, and several journalists &#8212; arrived on Okinawa on a commercial flight late Saturday. They are staying on Marine Corps Air Station Futenma and are scheduled to return to the United States on March 9.

One veteran was hospitalized with stroke-like symptoms after arriving on Okinawa but was released Sunday, and another suffering from an infection was admitted to the hospital Tuesday, Davis said.

Military officials recommended the group arrange the flight from Okinawa to Iwo Jima with another company. But Davis said the foundation could not afford the $50,000 it would cost after already having spent the $150,000 to get the group to Japan.

The government of Japan must approve all flights &#8212; commercial or military &#8212; to Iwo Jima, now officially known by its original name Iwo To.

Gen. James T. Conway, commandant of the Marine Corps, was expected to be the keynote speaker at a ceremony Wednesday on Iwo Jima to commemorate the 65th anniversary of the 36-day battle there in which 6,900 Marines and 20,000 Japanese were killed.