As bullets fly, U.S. sniper in hot pursuit of insurgent 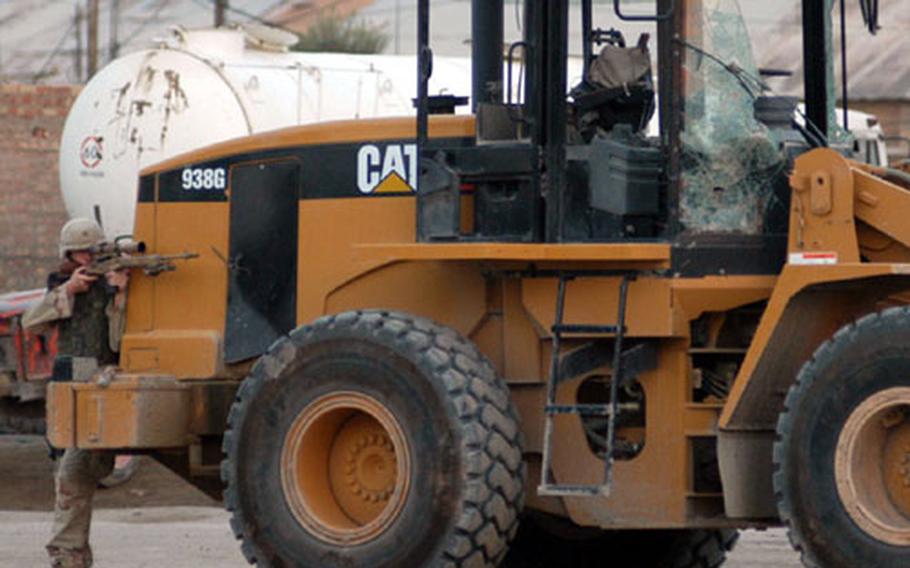 Two snipers: One American and one unknown foe spent part of Monday evening hunting each other near an Iraqi police station in Najaf.

Only in this hunt, the 1st Cavalry Division soldier doesn&#8217;t know where his adversary is, and the enemy knows exactly where the Americans are.

But, the enemy sniper isn&#8217;t accurate enough to hit any of the 2nd Battalion, 7th Cavalry Regiment soldiers, who have 120 mm mortars set up in his hunting ground.

Bullets occasionally whizzed past Pfc. Terrence Martin of Headquarters Company, as he and another soldier, Spc. Adam Kohler, scanned a cluster of buildings a few hundred meters from the police station.

The enemy sniper has fired scores of rounds at American soldiers, and even a few rocket-propelled grenades. The soldiers man mortars and must remain in their immediate location to lob rounds when called upon.

Yuzkov and a handful of other soldiers stood in a secure building courtyard and watched Martin stalk the sniper from the large lot filled with military and civilian vehicles. They are more than morbid spectators.

&#8220;Plain and simple, if he gets hit, someone has to go out to get him medical attention,&#8221; said Pvt. Gary Clark, also with Headquarters Company.

After about 20 minutes, Martin returned unscathed, having neither spotted the sniper nor fired any rounds at the elusive enemy.

A few minutes later, the crews headed out to their mortars and Martin returned to the lot to continue the hunt.

Suddenly, an RPG sailed through the lot, the sniper&#8217;s reminder to Martin that he&#8217;s still out there too, hunting.