As Baumholder troops begin rotating back, staff sergeant is mourned 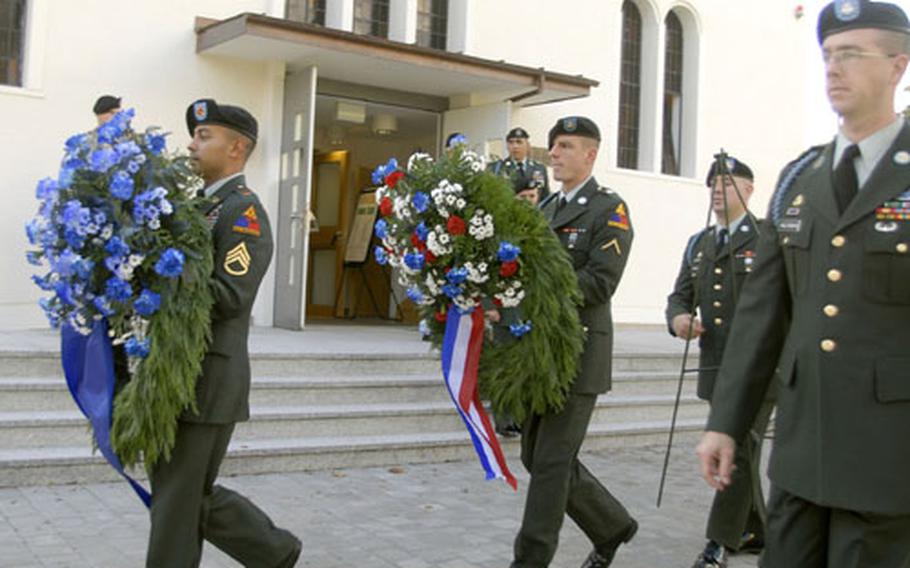 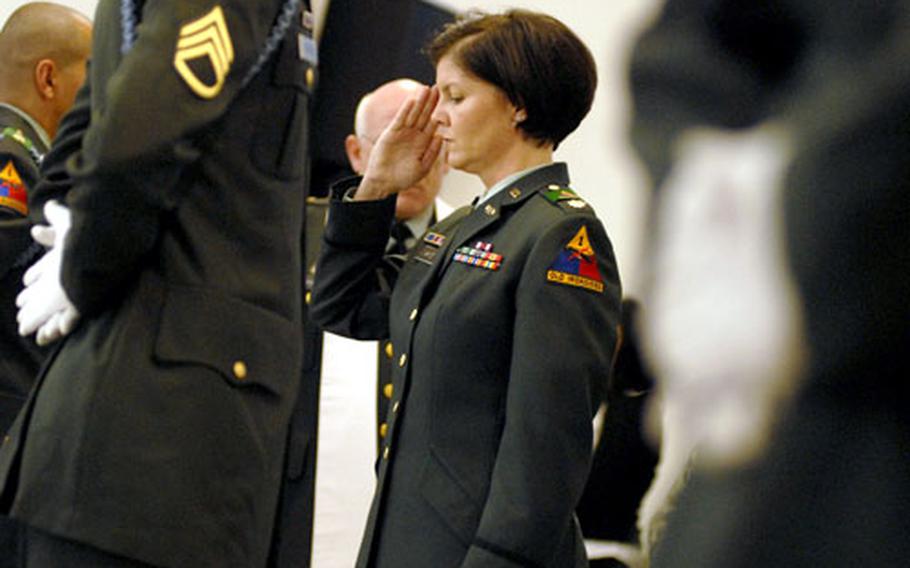 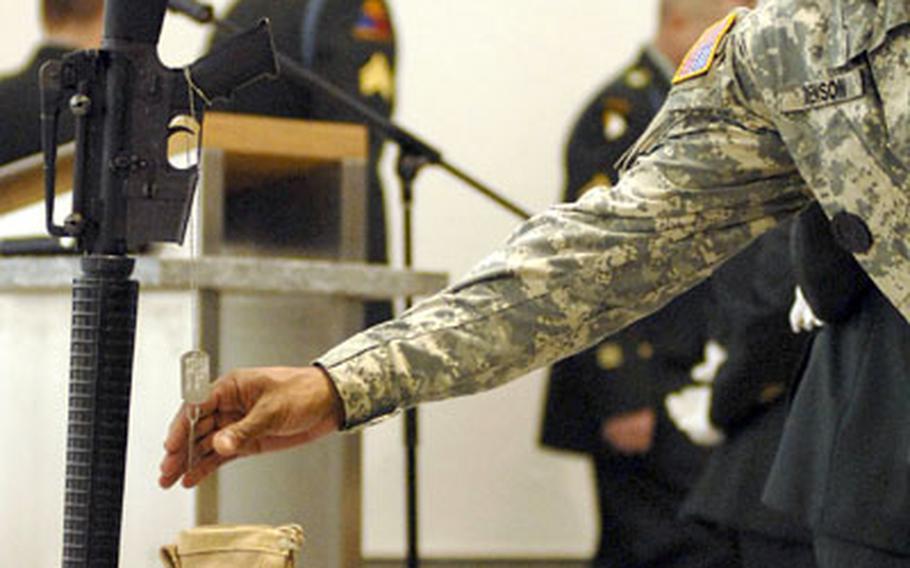 BAUMHOLDER, Germany &#8212; This should be a time of celebration in this community.

Soldiers from the Baumholder-based 1st Armored Division&#8217;s 2nd Brigade Combat Team are finally coming home from their yearlong deployment to Iraq. Some already have returned, and the rest hope to be back before Thanksgiving.

But Friday afternoon&#8217;s memorial at the Good Samaritan Chapel for Staff Sgt. Kevin M. Witte served as another reminder that, no matter what the unit has accomplished in Iraq, it has come at a cost.

Witte, a squad leader with 2nd Battalion, 6th Infantry Regiment, is the 27th soldier from Baumholder to have died in Iraq since the team deployed a year ago. He was 27.

Maj. Jeanine White, the brigade rear detachment commander, said the base community is enduring an &#8220;emotional roller coaster&#8221; that continues to roll as the team nears the end of its tour.

About 180 people attended the memorial, sitting within reach of small packets of tissues placed on the pews before the ceremony.

Witte died Oct. 20 from injuries received in a roadside bomb attack while on a combat patrol in Baghdad. His wife, Melissa, and his son, Nathan, who both live in Germany, survive him.

Sgt. Russell Culp said his comrade would be remembered as a soldier who gave everything to his soldiers and his family.

He led by example.

&#8220;He told me on several occasions that the soldier makes the leader, not the other way around,&#8221; Culp said.

Chaplain (Col.) James Brown said Witte&#8217;s love for his wife was immeasurable and his love for his son was obvious to everyone. He added that Witte also was a noncommissioned officer who &#8220;knew his stuff&#8221; and made a difference to others, especially his soldiers.

The Minnesota native grew up in Beardsley, a farm town with a population of slightly more than 200 people. He joined the Army a year after graduating from high school and deployed to Afghanistan in 2002 and to Iraq in 2003. He arrived in Baumholder in December 2005 to serve with the battalion&#8217;s Company C.

He was posthumously awarded the Bronze Star Medal and the Purple Heart.

White said everyone is eager and hopeful the rest of the soldiers return home safely.

&#8220;I&#8217;m certain this community as well as I am are ready for all our soldiers to finally come home in hopes that our emotional roller coaster will even out,&#8221; White said before the memorial concluded with a final roll call, a firing of volleys and the mournful sound of a bugler playing taps.

But Witte won&#8217;t be the last soldier the base will memorialize.

Soldiers are planning another memorial for next week.