As avian flu breaks out, Lakenheath reassuring but ready 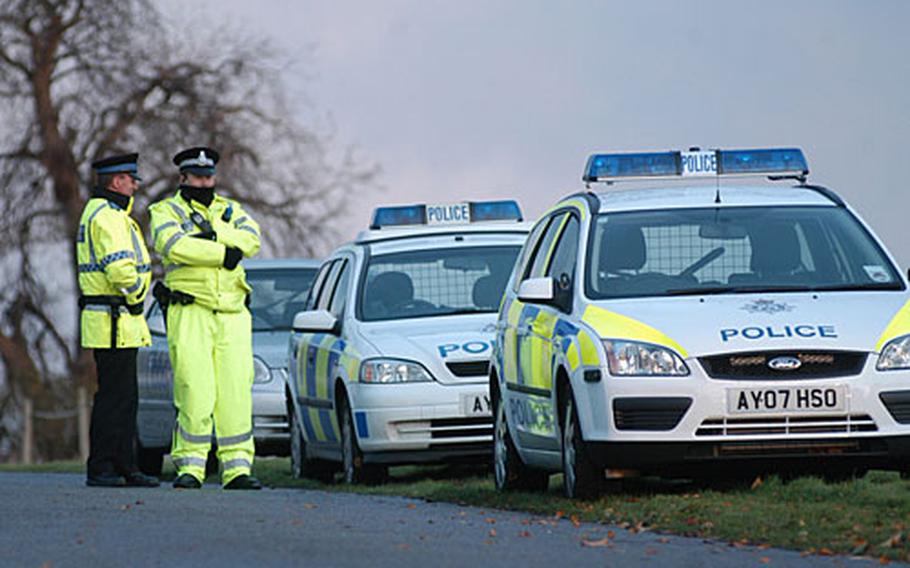 A deadly strain of H5N1 &#8212; better known as bird flu &#8212; was confirmed this week at a poultry farm less than 30 miles from the base. Avian influenza is a disease of birds, and cases of humans infected by the disease are rare.

However, the virus can mutate into a new human influenza that would be a greater threat to public safety, according to the British Department for Environment, Food and Rural Affairs, or DEFRA.

If that were to happen, RAF Lakenheath health officials would follow a U.S. Air Forces in Europe template to handle pandemic influenza and would depend on various units from the base to manage the outbreak.

The base also has an arsenal of preventive measures to deter or limit outbreaks, including instituting so-called social distancing, such as canceling school and other public activities, managing personnel flow in and out of the base, and advertising symptoms and tips to base personnel, said Lt. Col. Steven Hinten, public health flight commander.

Hinten stressed that the base hasn&#8217;t heightened any alerts because of the recent bird flu discovery. The base remains vigilant throughout the year with ongoing planning, education and training, include an exercise in September that had key players dealing with a mock pandemic influenza.

Hinten also said he is confident that on-base medical facilities could handle patients if a massive outbreak hit the base or nearby.

On Tuesday, DEFRA reported that birds on a farm in Redgrave tested positive for the lethal H5N1 virus that is responsible for more than 200 human deaths worldwide.

Roughly 6,500 birds are to be slaughtered at the Redgrave site, according to news reports.

To control the movement of birds in the local area, a two-mile protection zone and six-mile surveillance zone have been placed around the affected farm.

A wider restricted zone also has been established, covering most of Norfolk county and the entire Suffolk county &#8212; where RAFs Lakenheath and Mildenhall are located.

Don&#8217;t handle dead birds. If you have touched the bird, don&#8217;t touch your face, rub your eyes, eat, drink or smoke before washing hands with soap and water.If a dead bird is found on RAF Lakenheath, call DSN 226-2255. On RAF Mildenhall, call DSN 238-5687. If the bird is off base, call 08459-33-5577.For more information on avian influenza and the latest outbreak, go to the British Department for Environment, Food and Rural Affairs&#8217; Web site at: www.defra.gov.uk/animalh/diseases/ notifiable/disease/ai/.