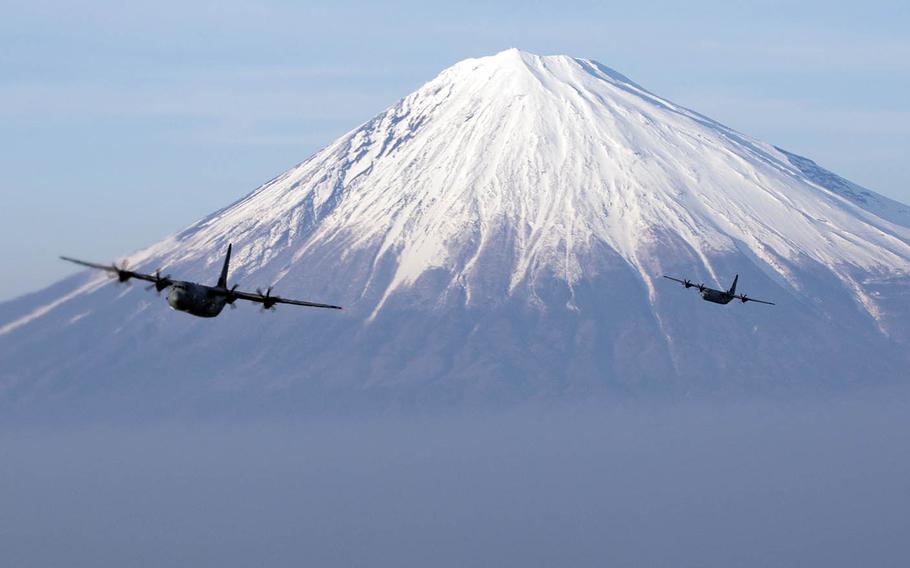 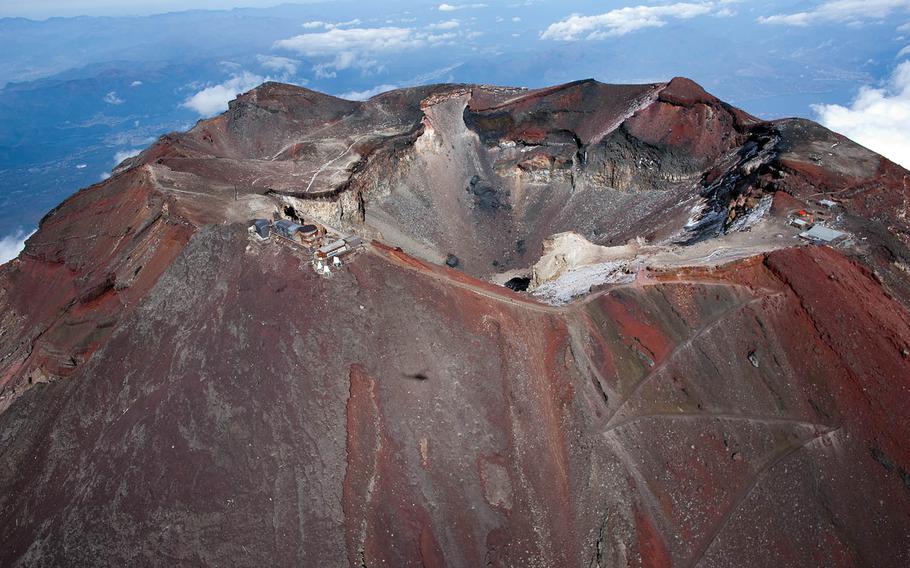 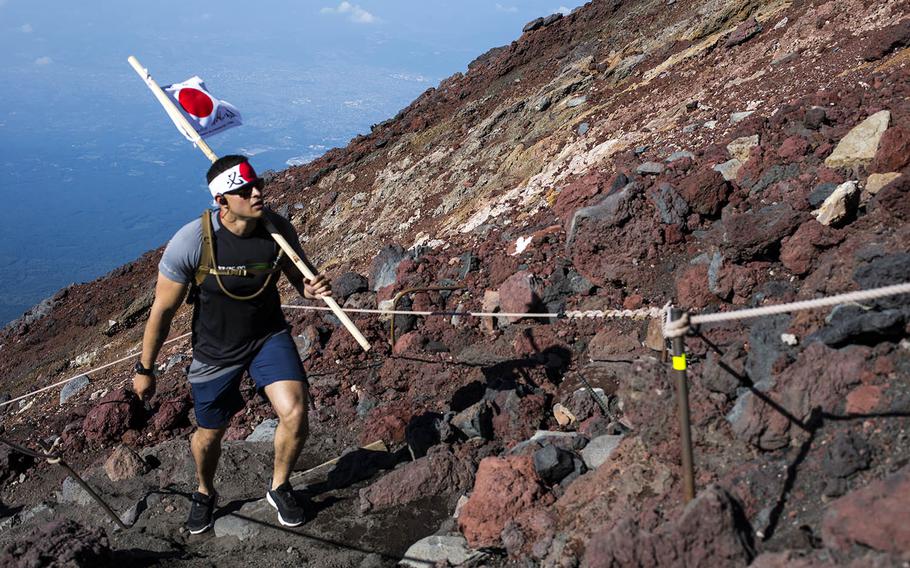 Halfway to the sixth station of Mount Fuji’s Subashiri trail, artillery shells could be heard exploding Monday from a Japanese Ground Self-Defense Force training area in nearby Gotemba.

On the last day of Fuji’s hiking season, which began in early July, tourists from California worried aloud that the deafening booms were sounds of the active volcano threatening to erupt.

Military tradition is embedded in the iconic mountain known in Japan as Fujisan, which has been used by warriors as a physical and mental challenge since the samurai era. For decades, the 12,000-foot climb has been used as a rite of passage for thousands of servicemembers and their families stationed in Japan, according to the Marine Corps’ Camp Fuji, which sits in the shadow of the legendary summit.

“As far back as 1198 AD, the Kamakura Feudal Government trained more than 30,000 Samurai warriors on the same ground where Marines and other U.S. forces train today,” said a Camp Fuji statement about the base’s history.

The mountain is almost mystical. On a clear day, one can see its peak from all U.S. bases in the Kanto region, though the frequency of such sightings is limited. On the relatively clear final day of this year’s hiking season, Fuji’s summit could not be seen from just a few thousand feet below — even from above many clouds.

The awe-inducing sight has spawned folklore among U.S. servicemembers. Legend has it that those who do not climb Fuji by the end of their first tour are destined to be stationed in Japan again, according to a presenter at a recent orientation briefing at Yokosuka Naval Base.

By the numbers This year, about 2,000 servicemembers, Defense Department civilians and their families stationed at U.S. bases in Japan took organized Fuji-hiking trips set up by Morale, Welfare and Recreation.

At Camp Fuji, 429 hikers summitted Fuji through hikes organized by the base in July alone, according to the base’s trips and recreation department. Numbers for August and September were not immediately available.

Yokota Air Base — home of U.S. Forces Japan in western Tokyo — hosted 14 trips with more than 400 climbers participating, according to Fenton Fitzgerald, director of the base’s Outdoor Recreation center. Yokosuka took about 850 climbers over 15 trips — a number that was nearly half as much as the average 1,455 hikers per year Yokosuka typically takes, according to Outdoor Recreation Director Tyler Florence.

Hiker numbers from other area installations, including Misawa Air Base and Sasebo Naval Base, were not immediately available Tuesday.

“Mount Fuji is a Japanese cultural icon, symbolizing strength, purity and beauty,” Florence said in an email to Stars and Stripes. “It’s a natural draw for visitors due to its iconic status and the challenge it presents. It’s consistently one of our most popular trips.”

The goal of hosting these trips is to engage servicemembers and civilians with native Japan, he added.

“My hope is that Fuji serves as a gateway for our customers, sparking a deeper interest in the outdoors and leads people to explore more of Japan’s natural majesty,” he said.

Florence said MWR has been taking hikers to Mount Fuji for more than 30 years.

Sense of accomplishment Petty Officer 3rd Class Brandon Edelstein, a hospital corpsman at U.S. Naval Hospital Yokosuka, said he has climbed Japan’s tallest mountain twice, most recently for his re-enlistment this summer. During his first trip up, Edelstein and a friend decided to camp atop the towering peak “because who in the world gets to say they slept in the crater of Mount Fuji?” he said.

“Well, there’s a reason nobody brags about it, because the wind was ridiculous, the temperature was freezing and we didn’t have proper sleep wear,” he said. “However, with proper gear, I highly recommend it. The night sky view is the prettiest in the entire world, and you have a 360-degree view of the sky.”

Edelstein said he decided to stay in a hut on the mountain during his second climb to avoid the frigid temperatures.

But the tough hike isn’t only a popular physical test for servicemembers; the four trails up to the mountain are also enjoyed by children and families.

Tiffany Gusto and her husband, Petty Officer 2nd Class Logan Stahlheber, an electronics technician aboard the USS Shiloh, took their two children up Fuji on Sept. 1. Gusto said she was proud of 11-year-old Connor Stahlheber and 6-year-old Logan Stahlheber’s ability to stick to the challenging trail and make it to the apex.

“It took us 9 1/2 hours up, taking our time, enjoying the view and each [station along the way]. Going down only took 3 1/2 hours, but it was dark,” Gusto said. “So thankful I packed a headlight.”

Navy spouse Helene Florida Resano said she has climbed Fuji each year since 2014 after she and her family came to Yokosuka in 2012. When asked if her repeated trips meant she enjoyed the hike, she jokingly gave an emphatic, “No!”