As 13th COSCOM heads home to Texas, 1st moves in 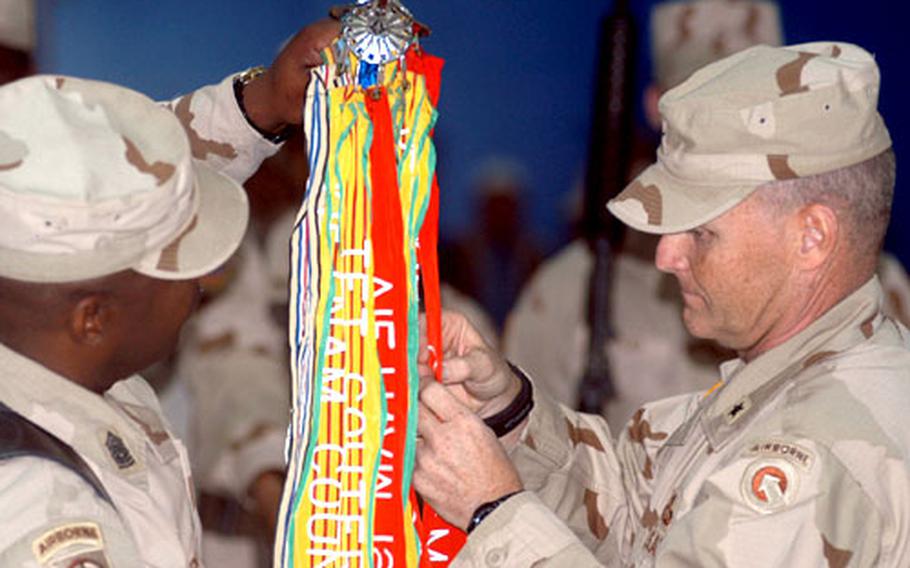 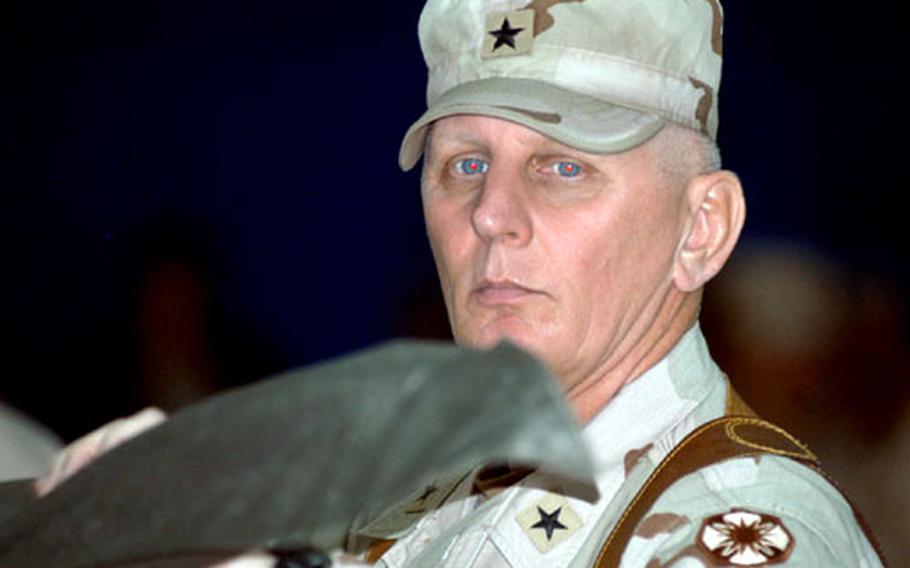 LOGISTICS SUPPORT AREA ANACONDA, Iraq &#8212; After supplying the fighting force in Iraq for one year with everything from bullets to beans to tires and toilet paper, the 13th Corps Support Command cased its colors Sunday and began its return to Fort Hood, Texas.

At the same time, the 1st Corps Support Command from Fort Bragg, N.C., uncased its colors to take over a mission that makes few headlines, but is vital to the effort to rid Iraq of its insurgents.

Metz was the reviewing officer and featured speaker at the ceremony, which was driven indoors by rain.

He listed a few staggering statistics to illustrate the efforts of 13th COSCOM since it arrived in Iraq in January. It has delivered 3.6 million cases of meals, ready to eat, 433 million gallons of fuel and $1 billion worth of ammunition.

Its 2,300 vehicles that are on the road daily to supply the force have covered more than 640 million miles.

That equals more than 1,300 round trips to the moon, the general said.

Brig. Gen. James E. Chambers, the commander of 13th COSCOM, had some statistics of his own, some of them sobering.

At times, he said, the command varied in size from 14,500 to 17,500 troops, including active-duty, National Guard and Reserve troops.

Of those, he said, 38 lost their lives, including 17 National Guard members, 13 Army Reservists, six active-duty soldiers and two airmen. Their average age was 26 and they came from 19 different states and territories.

Maupin, 20, went missing on April 9 when a convoy was ambushed west of Baghdad. The Army has listed him as captured.

Chambers, who is from Marietta, Okla., thanked his staff and his soldiers for a successful completion of the mission they were given.

Brig. Gen. Yves J. Fontaine, commander of the 1st COSCOM, thanked Chambers for providing his command with a warm welcome and for handling the mission in a professional manner.