Artillery troops polish their skills in the sand 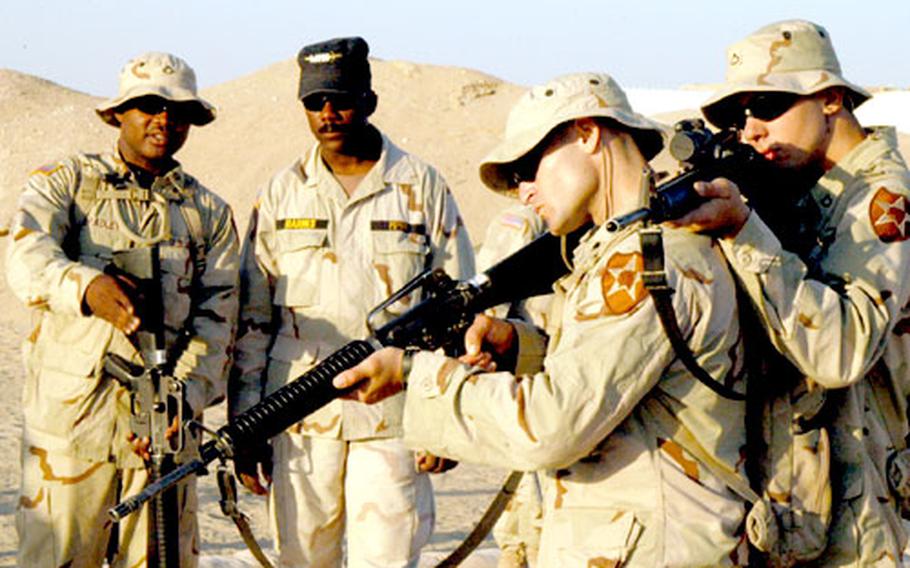 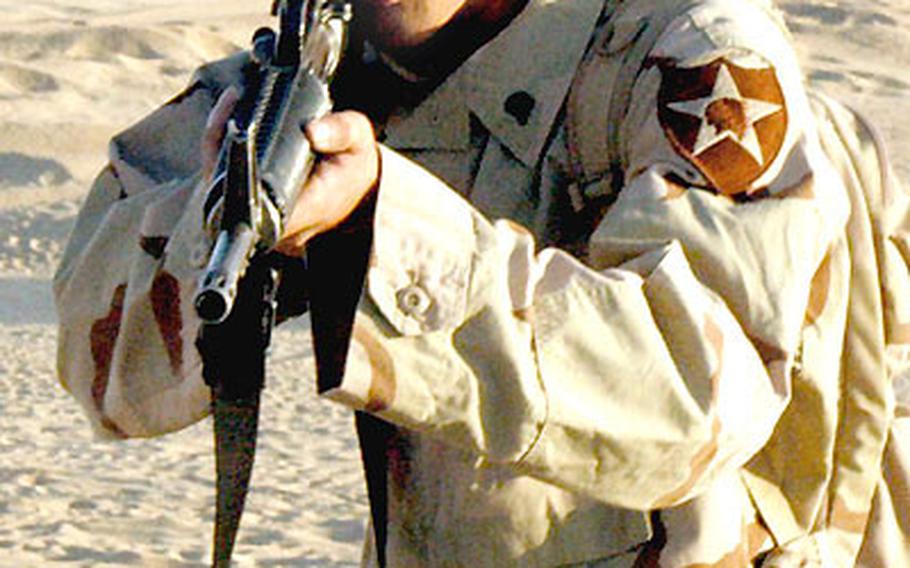 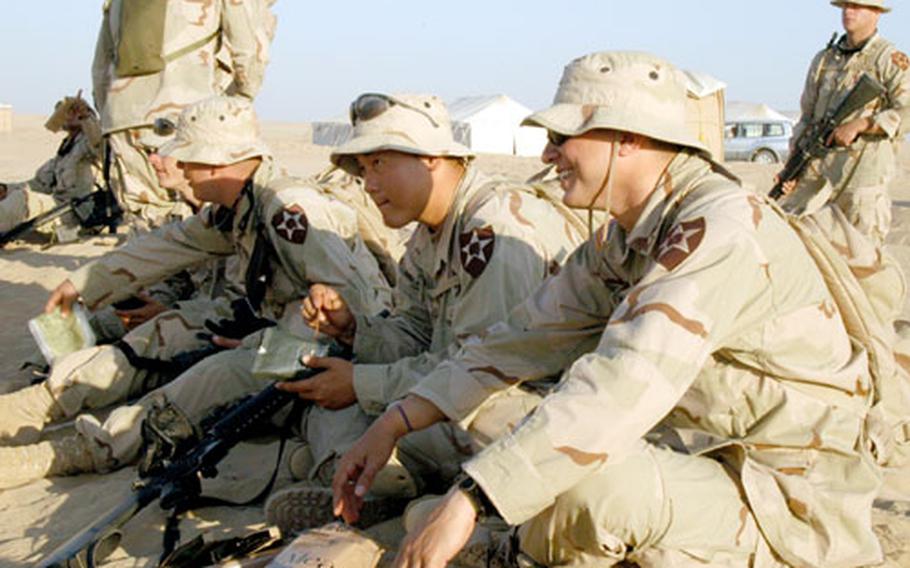 The 2-17 soldiers spent two months training in South Korea for their new roles before heading to the Middle East last week. Now they are adapting their new skills to the desert environment at Udairi Range.

The site includes a series of ranges where soldiers start out rehearsing room-clearing techniques and move on to a live-fire shoot-house &#8212; a small plywood village built in the desert surrounded by tall sand berms to keep bullets from flying too far.

&#8220;We did this in some abandoned barracks at Camp Hovey (in South Korea) and at the Korean Training Center, but this will be the first live fire with this type of training,&#8221; Marley said.

The artillerymen appear to relish the infantry work in the desert, he said.

Life on the range is tough. The 2-17 soldiers have worked hard to survive the heat and sandstorms, minimizing the pain by sleeping in air-conditioned tents during the hottest part of the day, Marley said.

&#8220;The women and children are going to be screaming. Everybody will be scared to death,&#8221; the instructor told the soldiers.

For Pfc. Stephen Sherwood of Battery A, the live-fire portion of the training was the highlight of his time on the range.

Pvt. Michael Lopez, also of Battery A, believes he saw sheep being herded across the range by Bedouins.

One of the hardest missions, said the soldiers, was attempting to free the bus that brought them to the range after it got stuck in a sand dune.

The bus was still stuck in the sand near where the soldiers ate.

A few miles down the road at another range, a group of 2-17 soldiers practiced reaction shooting.

&#8220;When someone is a good shot that whole black silhouette part is torn out,&#8221; Samuel said, gazing at a mutilated paper target.