Art to imitate life at 2nd ID in S. Korea 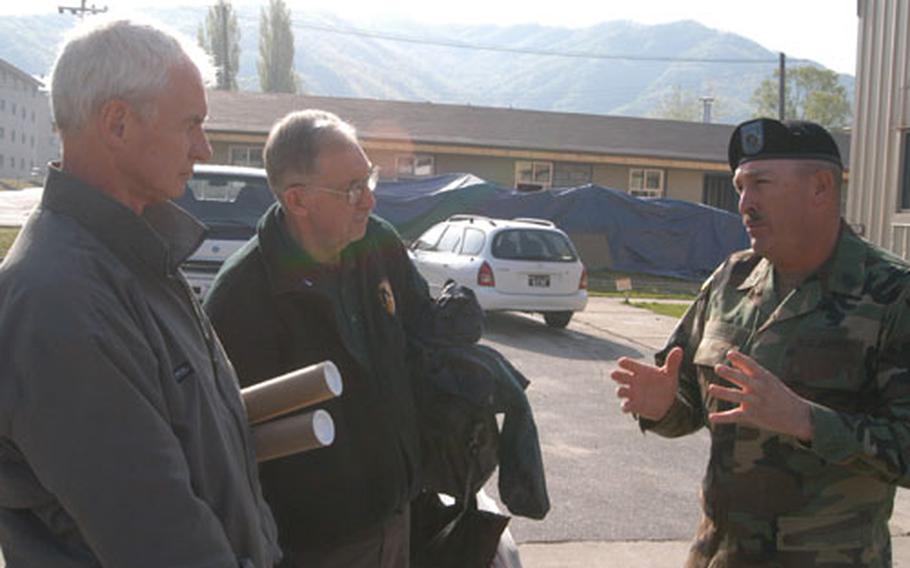 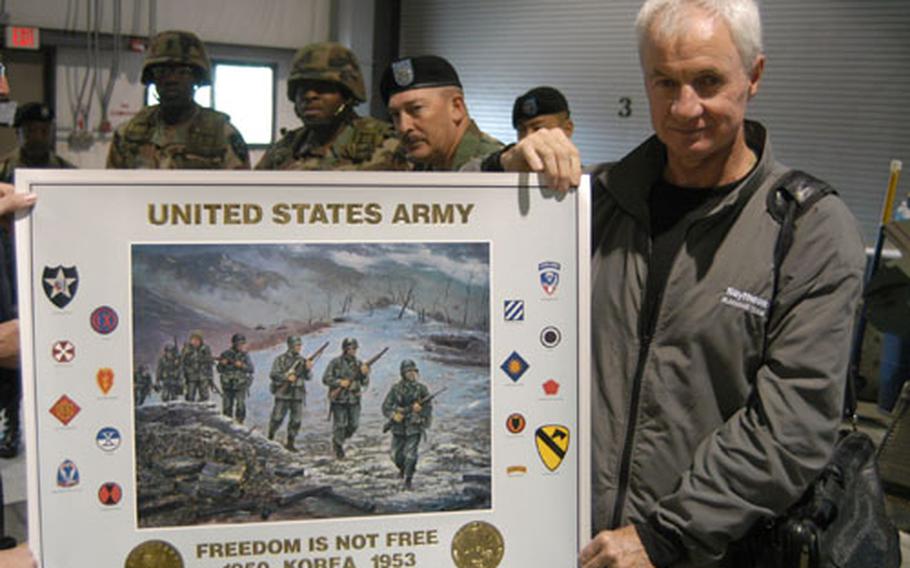 CAMP CASEY, South Korea &#8212; A group of medics from 2nd Battalion, 72nd Armored Regiment could be immortalized as the subjects of a limited-edition print illustrating the work of the 2nd Infantry Division in South Korea.

The Association of the United States Army, a non-profit, private, U.S.-based educational organization, will produce the print.

An association team, including artist Jim Ryan and photographer Fran Brophy, visited Area I this week to observe 2nd ID soldiers training, absorb the atmosphere, and record images for possible use in the print.

The print would be the 10th in a series that, so far, has commemorated both world wars, the Korean War, the Vietnam War and several U.S. Army divisions, said Norm Harkins, the association&#8217;s 1st Region (New England) president.

Whatever scene eventually is chosen, Ryan will produce an oil painting that will serve as the template for the limited-edition print, he said.

Some of the medics were on the ground to simulate casualties while the sergeants supervised other soldiers attempting to determine what was wrong with the &#8220;injured&#8221; soldiers.

The AUSA print will be shown for the first time in October at the group&#8217;s annual meeting in Washington, D.C.