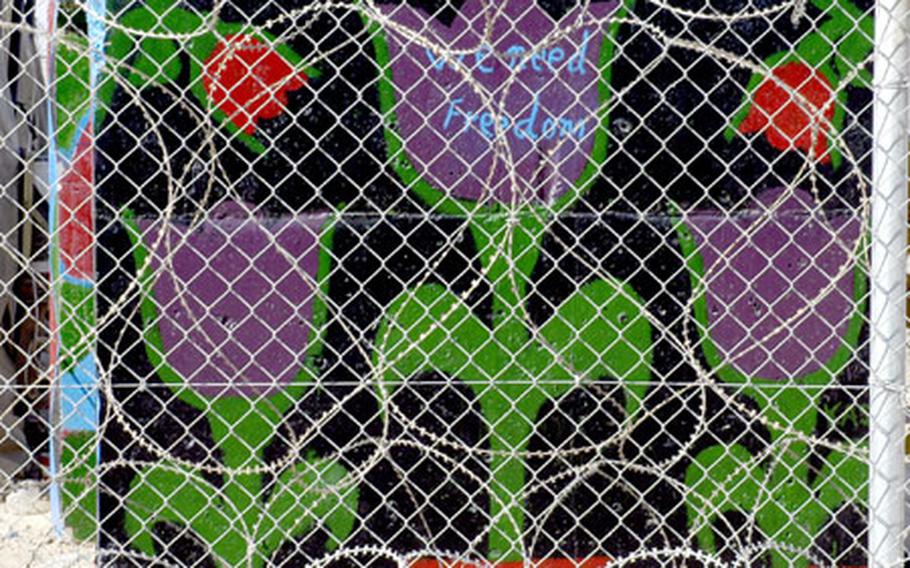 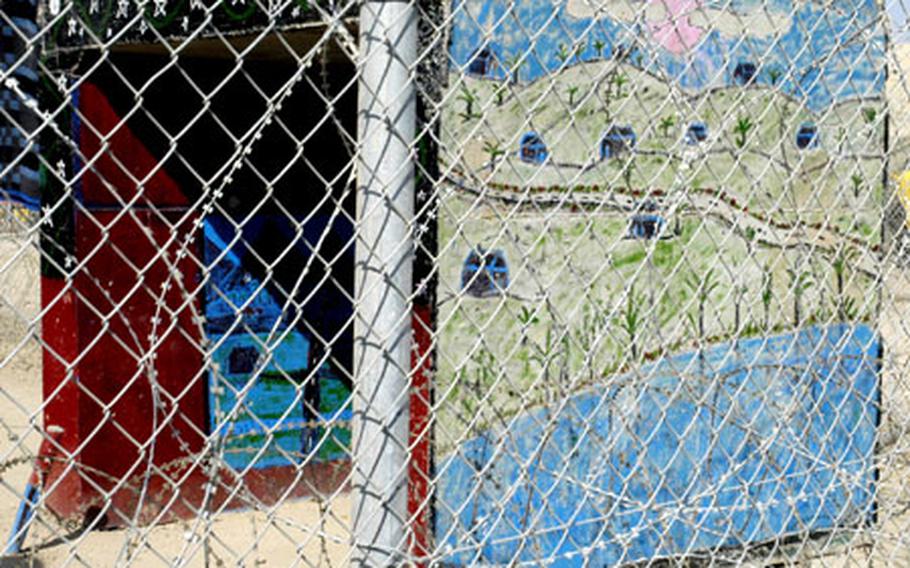 Two of the winning entrants of an art contest for young Abu Ghraib detainees, as seen through a fence. (Photos courtesy of U.S. Army)

U.S. military officials have begun a series of programs for detainees at the various facilities in Iraq, including at least one instance in which an art contest for juvenile detainees was held.

In September, members of the 306th Military Police Battalion offered young detainees &#8220;the challenge to paint&#8221; a series of concrete bunkers used for security purposes within Abu Ghraib prison.

The Army official credited with the idea said it was a way to keep the detainees&#39; minds busy and give them something positive to focus on.

&#8220;We also wanted to tie the contest in with the beginning of Ramadan to help get them mentally set for the holiday.&#8221;

Ramadan began Oct. 4 and is the Muslim holy month of peace, kindness and respect. In another Ramadan gesture, U.S. officials released some 850 detainees from Abu Ghraib, requiring each to sign contracts acknowledging the new Iraqi state and renouncing violence.

During the art contest, some of the bunkers were painted bright colors, designs and phrases either in English or Arabic. One bunker had painted flowers surrounded by the words &#8220;Help we [sic] to new Iraq. We need freedom.&#8221;

The winning bunker was a portrait of Lt. Col. John Hussey, the 306th Military Police Battalion commander, with the words, &#8220;LTC Hussey good.&#8221;

Another art contest was planned for after the Ramadan holiday, officials have previously said.