Arrest made for pointing laser at Marine chopper in Okinawa 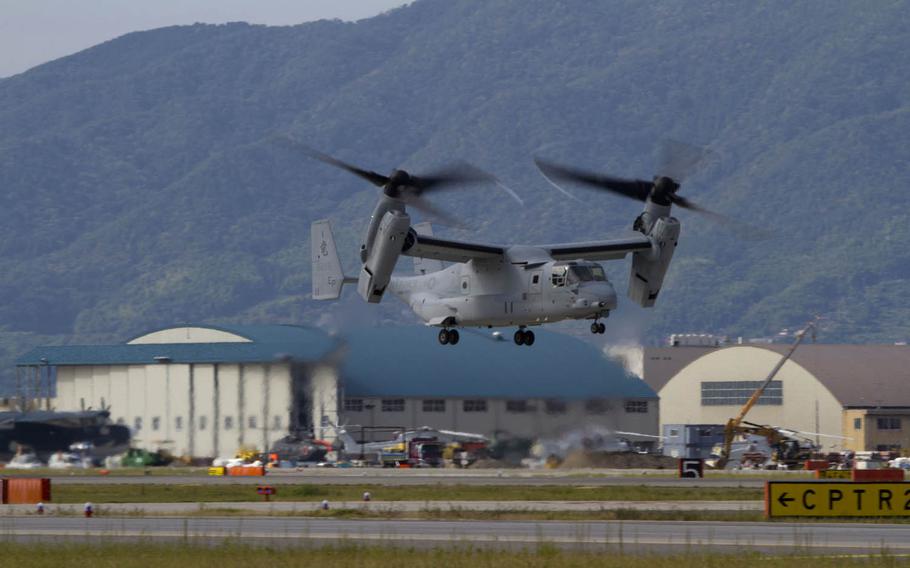 CAMP FOSTER, Okinawa — A Japanese man has been arrested on suspicion of flashing a laser-like light at a Marine Corps helicopter flying over Ginowan, Okinawa, in one of five such incidents that have occurred in the tiny island prefecture since July.

Hiraoka admitted to flashing the laser pointer but has not admitted to purposely trying to interrupt the training, police said. Police are investigating his motives and whether he is involved in other cases.

Hiraoka was in police custody Tuesday, charged with forcible obstruction of business. The case was handed over to the prosecutor’s office Tuesday.

“This is an extremely dangerous act, and a malicious act that could cause grave harm to the people living in the vicinity,” Defense Minister Gen Nakatani said Friday. “We urge people to stop conducting these acts.”

There have been reports of laser-like lights being beamed at U.S. and Japanese aircraft at bases and airports throughout Japan. Nakatani said the ministry is working to gauge the scope of the problem.

The Japan Maritime Self-Defense Force’s Fleet Air Wing 4 reported about 80 cases in which lights were beamed at SDF and U.S. military aircrafts since 2013, Nakatani said. Approximately 10 of these cases involved SDF aircraft.