Around the world, sailor does the spinning 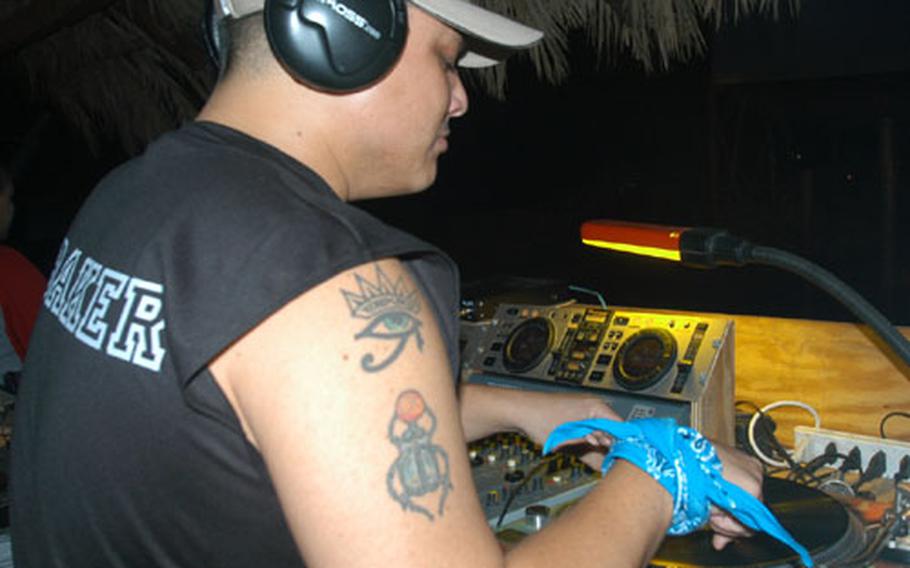 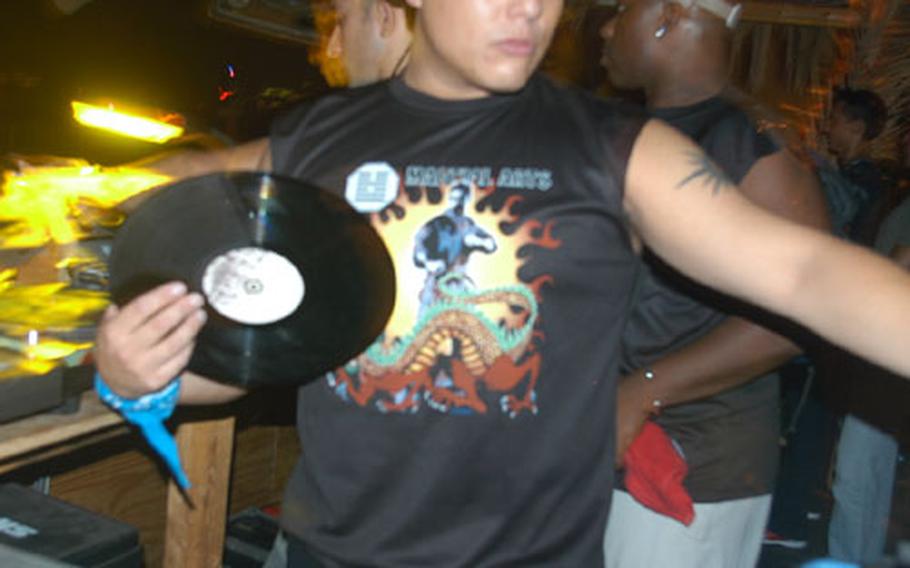 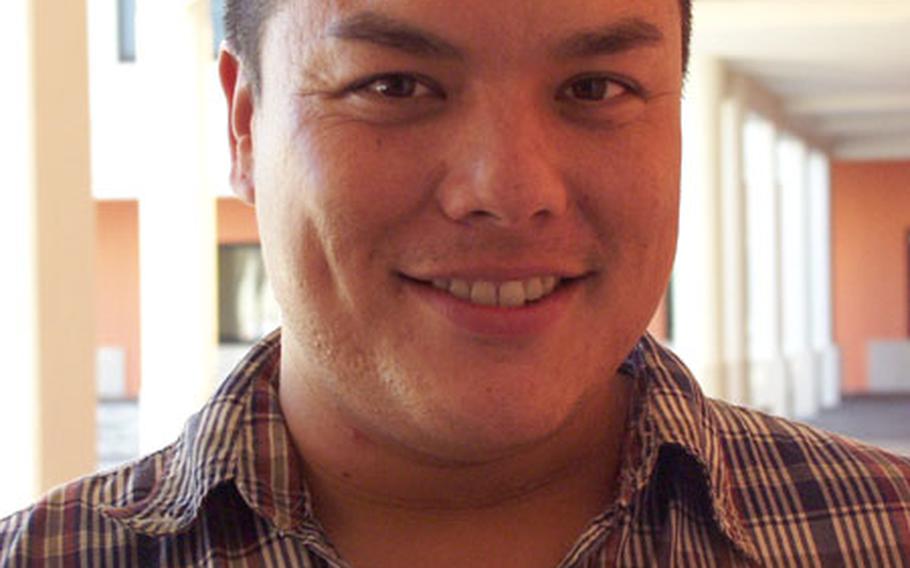 He ordered records online daily, hiding them in cooling rooms and behind a radar consul on a San Diego-based frigate.

&#8220;It was disgusting. I seriously had a couple hundred records piled up back there by the end of deployment,&#8221; said the petty officer second class, with a laugh.

But he made good use of those records. In his spare time, he works as a disc jockey, and the largest crowd he ever played for was 2,000 people during a Hong Kong port call.

Now an operations specialist in Naples, Baker performs in a variety of clubs around southern Italy.

Music captivated Baker at age 14 when he walked into his first nightclub in his native San Diego.

At 15, when other boys were delivering newspapers, he was passing out fliers at clubs, which in the late 1980s were a breeding ground for a musical creativity that captured him.

&#8220;None of it had been done before,&#8221; Baker said of the alternative rock, new wave and electronic industrial beats.

Baker first stepped up to the turntable when the scheduled DJ fell through at an after-hours techno party. He was 17, spinning vinyls for a crowd of 500.

Back then, deejaying at parties and raves was underground.

But he said kids infatuated with drugs ruined the underground scene.

In community college, Baker studied biological psychology &#8212; drug research for people with self-induced psychosis &#8212; and worked on his culinary skills. At age 21, he was working as a secondary chef and managing a 30-person kitchen, cooking trendy Californian fusion dishes.

Then he did something completely different: To avoid a conventional life of school and work, he joined the Navy in 1997.

His father was a former sailor, a boiler technician.

In Naples, he works for Commander Submarine Group 8, providing mission data for submarines&#8217; Tomahawk missile systems. And he doesn&#8217;t have to hide his record collection anymore, which numbers in the thousands.

He plays two-hour sets at clubs about once a week. To prepare, about an hour each day he mixes sounds with turntables, a sound generator and computer sequencing software.

&#8220;I want a mesmerizing effect,&#8221; he said. &#8220;It&#8217;s uplifting for people to have the opportunity to sit back and listen and be able to breathe, not just to interpret it as a bunch of pounding beats and synthesizer riffs and annoying vocal samples.&#8221;

Baker wants to start producing his own music. If he stays in the Navy, he hopes to transfer to Germany, which he said has the most inventive music around.

The sailors have a following among co-workers and friends.