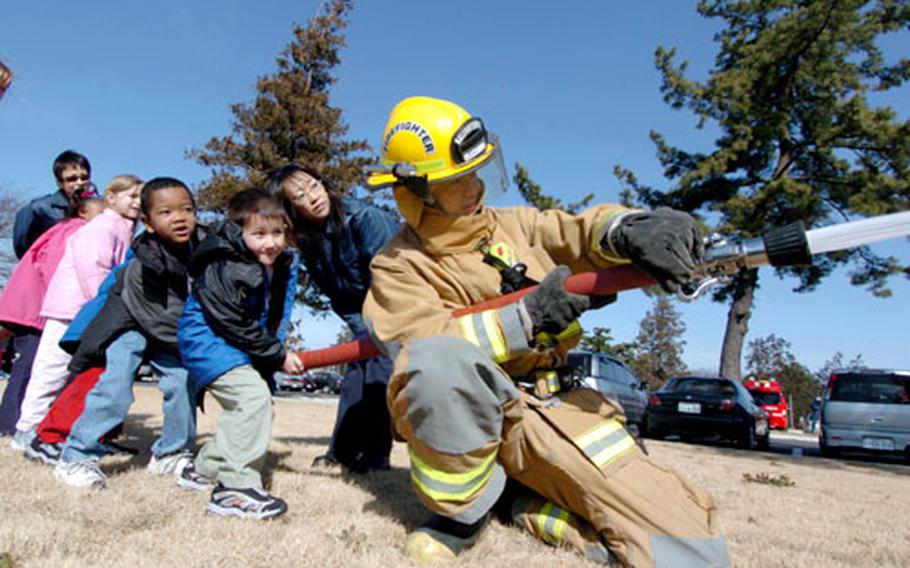 Children at the John O. Arnn Elementary School get an opportunity to handle a fire hose with the Sagamihara City Fire Department Wednesday. (Jim Schulz / S&S)

Children at the John O. Arnn Elementary School get an opportunity to handle a fire hose with the Sagamihara City Fire Department Wednesday. (Jim Schulz / S&S) 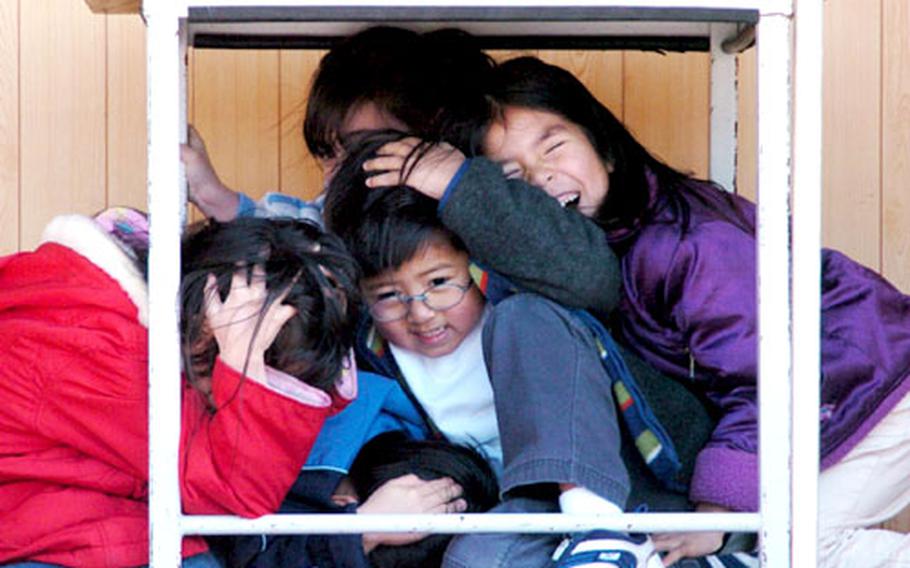 Moments later, the little room atop a truck began to rattle and shake, simulating an earthquake.

Giggles and laughter followed the children as they dashed under the table.

The earthquake truck was brought by Sagamihara City firefighters to John O. Arnn Elementary School, as part of an earthquake awareness day Wednesday.

Pupils in each grade level experienced the earthquake truck, which simulates some of Japan&#8217;s famous earthquakes. Firefighters also helped the children spray a target with a fire hose. American Red Cross representatives gave out coloring books on earthquake and fire safety.

Newman organized the event on the recommendation of U.S. Army Garrison Japan leaders, who realized the necessity of such training after the massive earthquake last year in Niigata Prefecture, Newman said.

He learned about Sagamihara&#8217;s earthquake truck after attending a city earthquake preparedness event last year. The city loaned the truck to the base along with a smoke house, which models a house fire. Children crawled through the small smoky tent to practice covering their mouths and staying low in a fire.

Newman said the Army plans to replicate the program at other posts.

Second-grader Elaine Stewart said the earthquake truck was a little scary. But now she knows exactly what to do when the ground starts to shake: