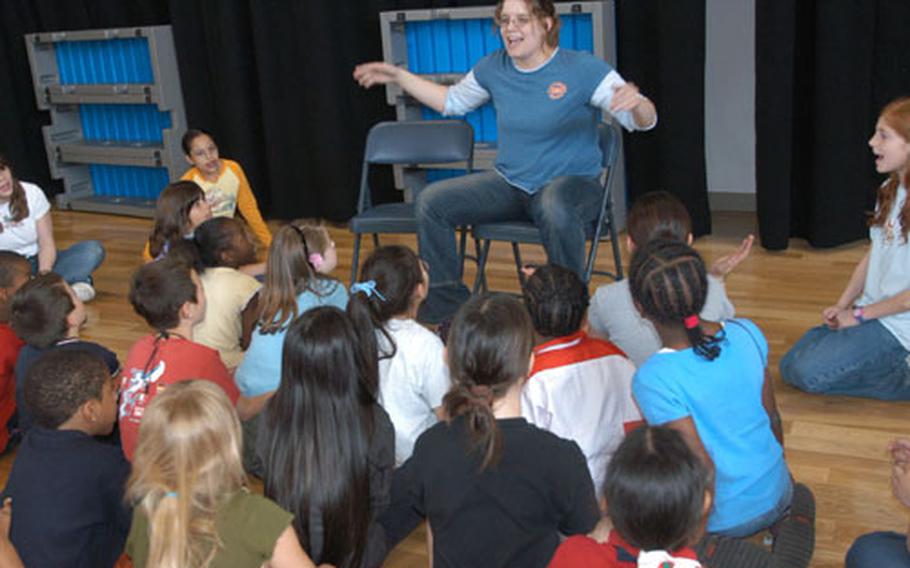 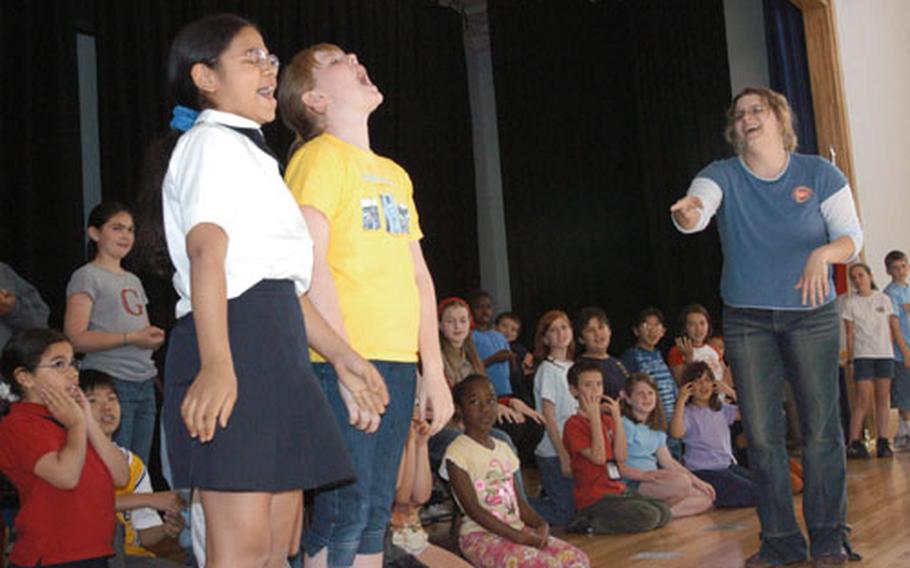 Students from Arnn Elementary School at Sagamihara Housing Area practice for their performance of Cinderella with the Missoula Children&#39;s Theatre. They&#39;ll be ready after just four rehearsals for their show Saturday. (Juliana Gittler / S&S)

SAGAMIHARA HOUSING AREA, Japan &#8212; During one of just four rehearsals they&#8217;ll have, youngsters from John O. Arnn Elementary School sang their hearts out about one of history&#8217;s most famous fairy-tale characters.

In less than a week, two actor/directors from the traveling Missoula Children&#8217;s Theatre group will mold 49 students, in kindergarten through sixth grade, into town criers, princesses, mice and even Cinderella herself.

The group operates a children&#8217;s theater camp in Montana and a variety of other projects directed at enrichment through performance. It began overseas tours for kids in 1990 and has worked with Department of Defense Dependents Schools since 1994, according to organizers. The group works with DODDS schools in Asia and Europe.

The stop at Sagamihara, a housing area near Camp Zama, is one of several the group will make at base schools in Asia. They next travel to Yokota and Misawa air bases in Japan. The group has a set, stringent schedule: Tryouts are on Monday, rehearsals are Tuesday through Friday and the grand performances are Saturday.

The Arnn production will be Saturday at 3 p.m. and 7 p.m. in the school&#8217;s cafeteria. The voluntary program teaches children to prioritize their time, said Arnn Principal Jim Fisher. Many forgo other after-school commitments to take part in the play.

The actor/directors teach the students the songs for the show but sprinkle in instruction on diction and performance techniques. That helps students put into practice what they learn about music theory in music class, Fisher said.

All of the students who tried out are participating. The group can fit up to 70 in the play.