Armed US drones up and running in Niger 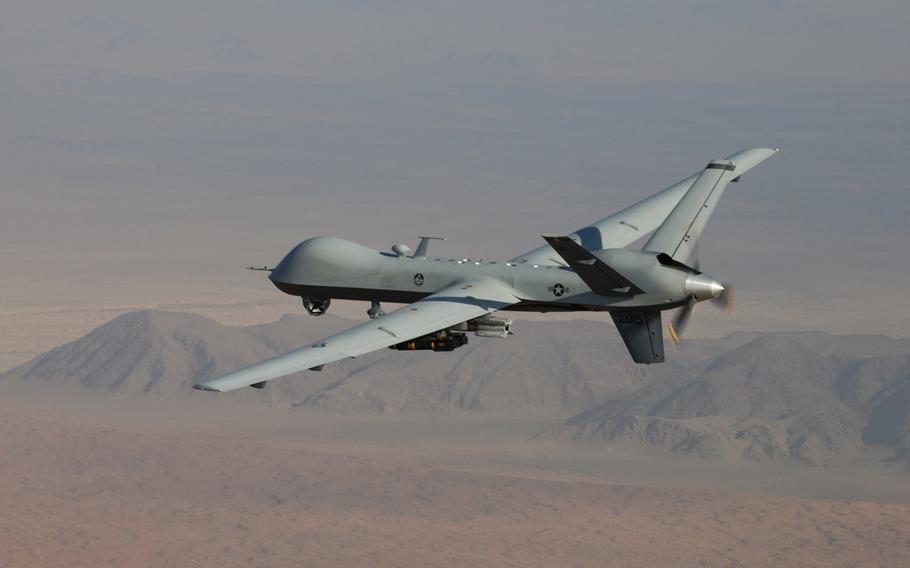 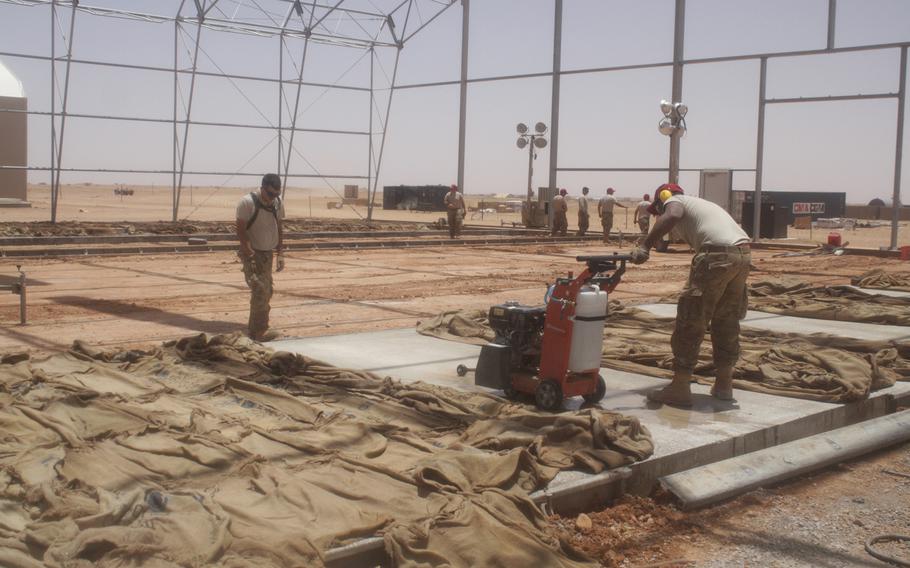 Buy Photo
Airmen work in the unmanned aerial device apron in Agadez, Niger, in April, where drones will be parked when they are not in operation.The U.S. military is now conducting armed drone flights over the African country. (John Vandiver/Stars and Stripes)

STUTTGART, Germany — Armed U.S. drone flights over Niger — which started after four U.S. soldiers were killed in an ambush in October — have put a scare into local militants, the country’s top defense official said.

Earlier this year, U.S. Africa Command quietly began armed unmanned surveillance flights in Niger, adding more firepower in the country where the Oct. 4 attack on a team of Green Berets raised questions about whether troops were carrying out dangerous missions without sufficient backup.

While drones now fly armed out of a base in Niger’s capital of Niamey, no strikes have yet been launched on targets inside the country, AFRICOM said Friday.

Still, the presence of armed MQ-9 Reapers has the attention of extremists, according to Niger Defense Minister Kalla Mountari.

“They (the U.S.) have answered our calls. This is huge because it will serve as a deterrent to those terrorists who wish to attack us,” Mountari told Voice of America in an interview Friday.

“Unlike before when they (extremists) attack and disappear, knowing we don’t have the means of pursuing them, now they would be hunted and taken out from above,” Mountari said.

The U.S. had operated unarmed drones out of Niger for several years, but after the ambush on U.S. soldiers there was a diplomatic push to add more attack capability.

Since the ambush, AFRICOM chief Gen. Thomas Waldhauser said he has made adjustments to how special operators work on the continent, including adding armored vehicles to some units, increasing the amount of firepower forces carry with them and using drones more to conduct surveillance.

“We have beefed up a lot posture-wise,” Waldhauser told reporters in May.

For now, AFRICOM’s armed surveillance mission is being run out of a base in Niamey, but the effort will switch to a base in central Niger under construction.

Work on the site, known as Air Base 201 in the city of Agadez, is expected to be finished by the end of the year.

There are about 800 U.S. military personnel in Niger, which has the second largest number of U.S. troops in Africa after the military’s hub in Djibouti.

The U.S. military mission in the country has steadily grown in Niger in connection with concerns about a mix of extremist groups in the region. Military officials have acknowledged that none of the groups pose a direct threat to the U.S. today, but there are concerns they could become one if left unchecked.

“Niger is in a strategic location surrounded on three fronts by terrorist organizations based in Libya, Mali, and Nigeria,” said Maj. Karl Wiest, an AFRICOM spokesman in a statement. “We secure national strategic interests in Niger by working by, with, and through allies and partners to deny safe havens to terrorists with global reach.”