Armed US drones begin flying out of Turkey base 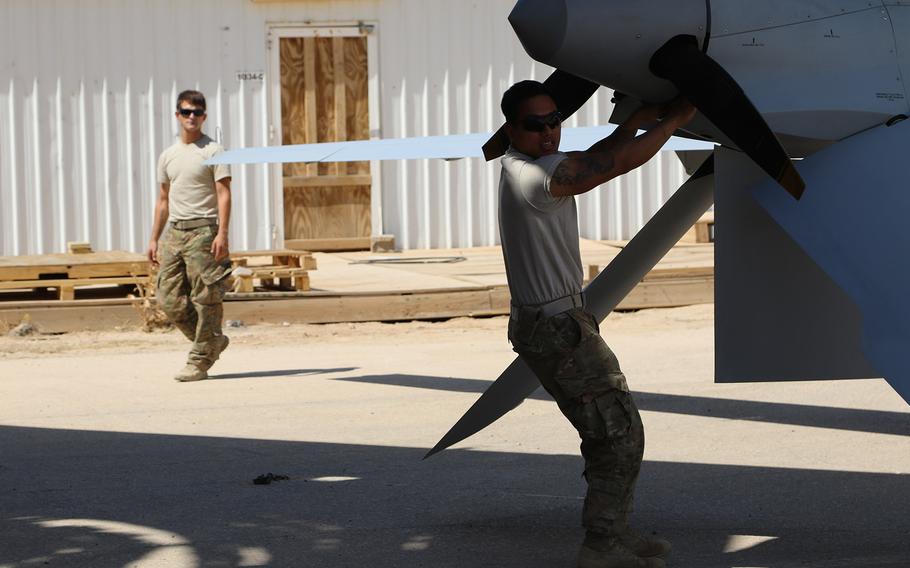 WASHINGTON — U.S. drones flew armed missions out of Turkey’s Incirlik Air Base for the first time this weekend, part of an agreement between the NATO allies to work more closely to combat Islamic State forces.

While the U.S. has flown only unmanned aerial systems out of the base in southern Turkey, Pentagon spokesman Navy Capt. Jeff Davis said manned combat aircraft are expected to begin flying from the post in the near future.

As of Monday, the aircraft had not conducted any strikes against the Islamic State, Davis said.

Additional aircraft — manned and unmanned — and troops could be moved to the base, he said, without releasing specifics.

The Turkish government approved a deal July 29 to allow U.S. aircraft to use the base to mount strikes as part of the U.S.-led Combined Joint Task Force-Operation Inherent Resolve. The Pentagon has said it can more quickly and efficiently strike Islamic State group positions along the Turkey-Syria boarder from the base.

The U.S. is continuing to work with Turkey “to evaluate additional options on the most effective means of combating ISIL along its borders to promote Turkey’s security and regional stability,” Davis said, using an acronym for the Islamic State group.