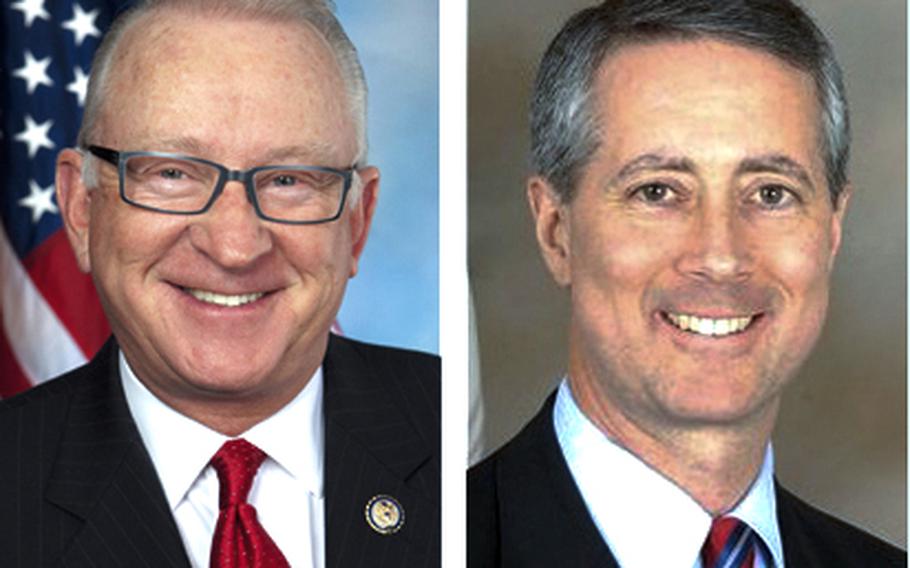 WASHINGTON — The chairman of the House Armed Services Committee on Tuesday said President Barack Obama is ignoring servicemembers who are deployed to Afghanistan and not speaking enough about the war.

“He has not for months talked to the American people about the situation [in Afghanistan]. He has not given any [verbal] support or succor or help to our troops that are serving. He hasn’t buoyed them up in their mission and the things that they’ve been asked to do. They’re over there every day putting their life on the line, and they don’t hear from the commander-in-chief,” Republican Rep. Buck McKeon told reporters following a closed committee briefing on Afghanistan by administration officials.

McKeon said a lack of communication has created confusion about U.S. military objectives in Afghanistan.

“When I talk to the troops, sometimes they have questions about what the mission is, about why they’re there. And it’s incumbent upon the commander-in-chief to talk to them [and] to talk to the American people,” he said.

The vice chairman of the committee voiced similar criticism.

“It is absolutely wrong for the president to expect our military to perform a mission that he’s not willing to publicly support, publicly explain [and] publicly defend,” GOP Rep. Mac Thornberry told reporters.

When asked what, specifically, Obama needed to say to servicemembers and the American people about Afghanistan, McKeon offered several suggestions.

“He could talk about the achievements that we have -- that we have achieved there,” McKeon said. “He could tell the troops that what they’re doing is important, that they’re saving lives, they’re bringing freedom to that part of the world … There are very few al Qaeda at this time in Afghanistan (because of efforts by American service members).”

McKeon said the president should deliver the message in a televised address from the White House or a special joint meeting of Congress.

“If he went on national television to give an update on one of the most pressing issues facing our nation right now, I think they (the American people and servicemembers) would tune in and pay attention to it,” he said.

McKeon said Obama seems to lack “the will and the desire” to speak publicly about the war.

When contacted by a Stars and Stripes reporter, White House officials would not comment specifically on McKeon’s remarks, but directed the reporter to comments Obama made on Monday following an Oval Office meeting with Spanish President Mariano Rajoy.

“I’ve had unwavering confidence in our troops and their performance in some of the most difficult situations imaginable. That job is not yet done. And I do think it’s important for Americans to recognize that we still have young men and women in harm’s way, along with coalition partners who are continuing to make sacrifices, and we need to see this job all the way through. And that is going to be the case through the end of this year, and we’re going to continue to have significant interest in the region for years to come,” Obama said in response to a reporter’s question about Afghanistan.

National Security Staff spokeswoman Laura Lucas said Obama will discuss his foreign policy priorities in his State of the Union address to Congress on Jan. 28, but she would not provide any details or say whether he will talk about Afghanistan.

Obama has visited Afghanistan three times since becoming president five years ago. The last time was May 2012, when he traveled to Kabul to sign the Strategic Partnership Agreement with President Hamid Karzai that provides a framework for America’s long-term relationship with the war-torn country. He delivered his latest primetime national address devoted exclusively to Afghanistan during this trip, although he has spoken about the war in other major speeches since then.

In the press conference, McKeon and Thornberry also expressed concerns that the security situation in Afghanistan will deteriorate if Karzai doesn’t sign the Bilateral Security Agreement which would enable some U.S. troops to remain the country beyond 2014.

“We see what’s happened now in Iraq – the terrorism [and] the deaths that are being caused because of a lack of our presence,” McKeon said.

“Just turn and look at what has happened with Iraq where we didn’t have that (troop presence after 2011). We cannot afford to have that sort of vacuum happen in Afghanistan because it presents real dangers to us,” Thornberry said.

Administration officials and military leaders have said that all American troops will be withdrawn from Afghanistan without a BSA that provides legal immunity to U.S. service members deployed there. This is known as the “zero option.”

McKeon said he didn’t get the impression from the briefing that anyone in the administration favors the zero option.

“I don’t think anybody is hoping for it, planning for it, or in any other way looking toward it. What I see more is what happened in Iraq is we stumble our way and fall into it. That’s the biggest danger that I see,” McKeon told reporters.

“The president needs to take the leadership in telling the American people why we have a lot at stake and why a zero option would be very detrimental to our national security. That’s what we’re not hearing,” Thornberry said. “I don’t think anybody wants it … The danger is you stumble towards it. But one way to prevent those stumbles is to stand up and say, this is why our troops are there, this is what they’re sacrificing for, and this is why it’s important to us now. Now maybe he’s got to expend some political capital to do that, but when you’re dealing with a major national security issue, he needs to.”