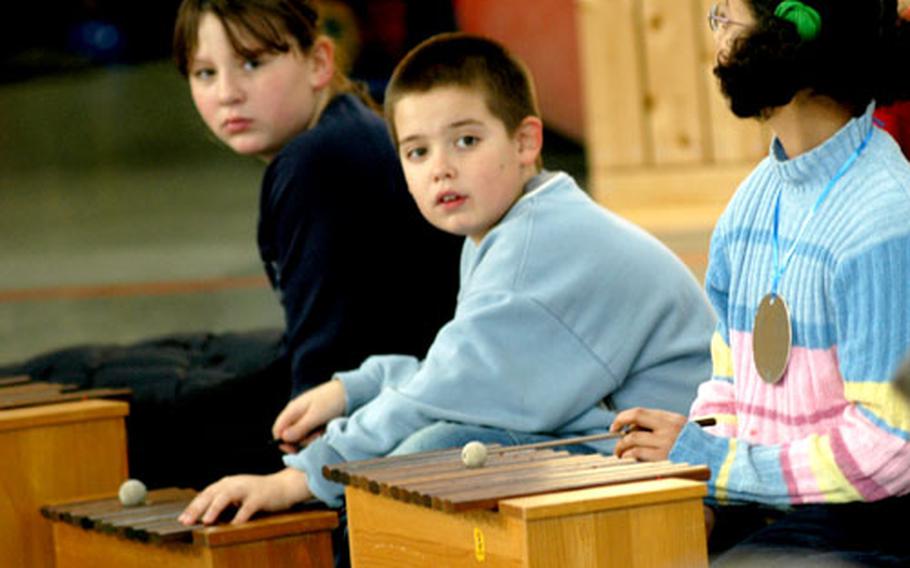 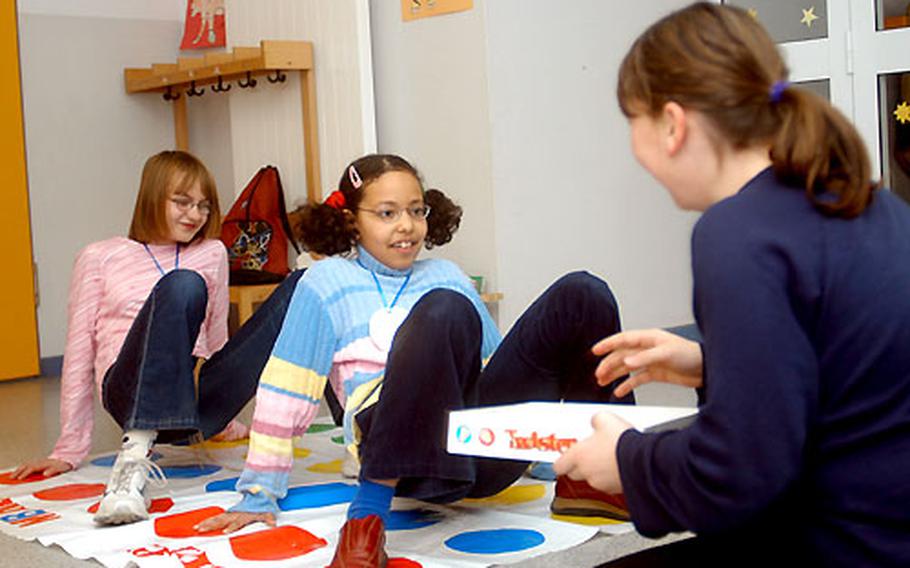 T&#8217;was the last week before Christmas vacation, and 37 American students from Argonner Elementary School in Hanau visited a German school as part of an exchange program. For many of the fourth- and fifth-graders, Monday&#8217;s visit to Limes Schule gave them a rare glimpse into a similar but different world.

Each American kid was paired with at least one German student for the morning, and while language was a barrier to full comprehension, they still managed to communicate with each other.

&#8220;He tries to speak a little English,&#8221; Alicia Weaver said, nodding in the direction of her German host, 9-year-old Florian Schnee.

As she spoke, Florian was running the edge of a pair of scissors up a white ribbon, hoping to make his holiday bow curlier. When asked what his impressions are of his visitors, Florian noted how well &#8220;American kids run.&#8221;

Meanwhile, in the hallway, a trio of young girls &#8212; two German and one American &#8212; was wrapped up in a game of Twister. Within minutes, a small crowd had gathered around American Alisha Crider and her two new friends, Nadine Maicher and Linda Schmitt.

In February, the German and American students will reverse roles, with the later hosting the former. The visit is tentatively planned for the week before Valentine&#8217;s Day.

The exchange, Olbrich said, also allows students &#8220;to see the different approaches that teachers have.&#8221;