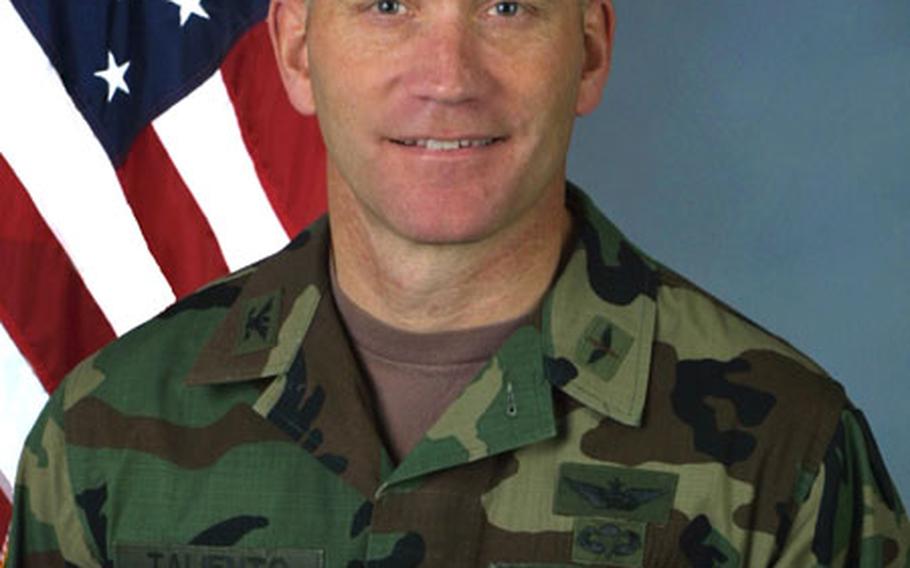 OSAN AIR BASE, South Korea &#8212; The U.S. Army helicopter base at Camp Humphreys in South Korea will have a new commander Tuesday following a change-of-command ceremony.

Brig. Gen. John A. Macdonald, director, Installation Management Agency-Korea Region Office, is scheduled as the reviewing officer for the ceremony, set for 10 a.m. on Freedom&#8217;s Field.

The Area III Support Activity is responsible for day-to-day upkeep and management of several U.S. military installations, notably Camp Humphreys itself, a 1,250-acre base in the Anjung-ni section of Pyongtaek, 45 miles south of Seoul.

In the next two years, Area III is to play a key role in the military&#8217;s plan to shuffle its bases on the Korean peninsula. Under agreements reached with South Korea, Yongsan Garrison and its 7,000 troops will move to Pyongtaek by 2007. Extensive infrastructure buildup is being made in Area III to accommodate the new troops.

The other installations are Camp Long, Camp Eagle and a U.S. Army element at Suwon Air Base, a South Korean Air Force installation.

Taliento previously was director of plans and design for the Afghan National Army while assigned to the Office of Military Cooperation in Kabul, Afghanistan.

Clay is to work in the J 37 training and readiness office in the U.S. Pacific Command at Camp H.M. Smith, Hawaii.

He holds qualifications in air assault and as a parachutist and senior aviator. He is also qualified to fly a variety of military helicopters.

11/13/06 Editor&#8217;s Note: The following paragraph was mistakenly included as biographical information on Army Col. Michael J. Taliento Jr. The material is from the official biography of an officer other than Taliento.

He was a battalion operations officer in Panama and the Gulf War and completed two tours in Bosnia. He commanded the 3rd Battalion (Airborne), 1st Special Warfare Training Group, and served as operations officer with the U.S. Army Civil Affairs and Psychological Operations Command (Airborne).