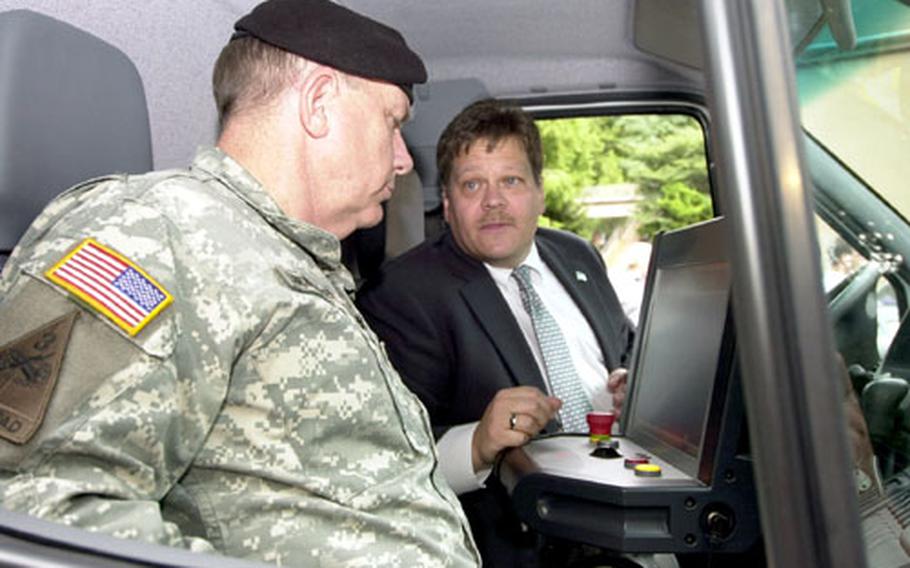 The Z Backscatter Van, or ZBV, uses X-ray technology that screens for organic matter, according to Robert Britton, a technical training specialist with American Science and Engineering Inc.

The ZBV also can detect low levels of radioactivity from gamma rays and neutrons, according to the company&#8217;s Web site, meaning it can detect dirty bombs and nuclear weapons in addition to conventional explosives.

On Friday, Britton and Williams gave two demonstrations, one to military police personnel and the other to local leaders.

The ZBV can be used while being driven or while it&#8217;s stationed at a spot, like at a gate.

Ricky Oxendine, Area II Law and Order Officer, said training was to begin Monday for the personnel who will operate the van.

Oxendine said the van will help in scanning the large cargo trucks that deliver goods to Yongsan Garrison.