Area I commander: Korean base workers' jobs safe for now 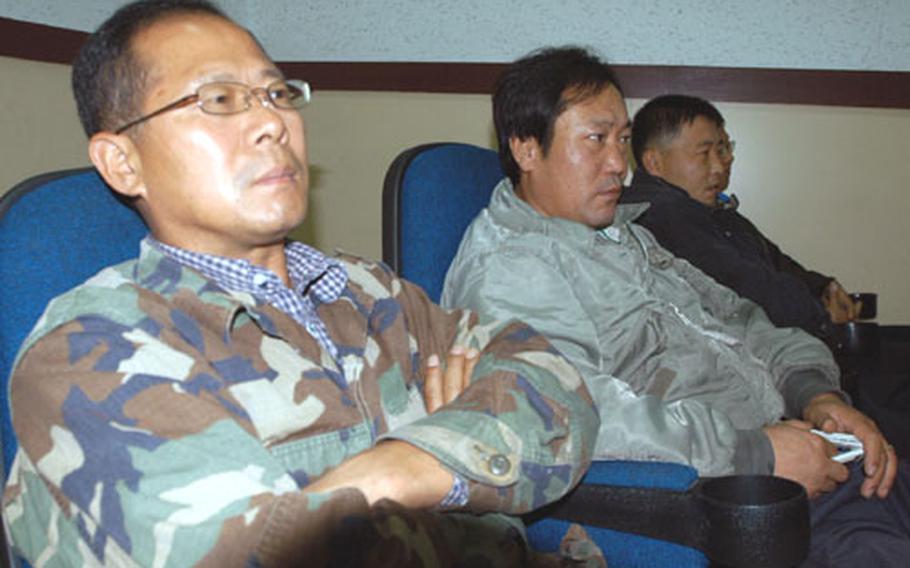 But Newton did say cuts might happen as the U.S. military eventually realigns its forces.

South Korean employees said the man was under stress because he feared he would lose his job.

&#8220;I cannot find the words to describe how devastating it is to lose someone for what I consider to be not very good reasons,&#8221; Newton told the workers, encouraging them to talk to him if they had problems. &#8220;I am going to work very hard as your commander in Area I to make sure this doesn&#8217;t happen again.

Nobody responded when Newton asked for a show of hands of workers who had &#8220;received reduction in force notices and not been given new jobs.&#8221;

&#8220;The only person who can terminate an employee in Area I is me,&#8221; he said. &#8220;I make the final decision, so if someone is out here telling you they can fire you they are wrong. No one has told me to reduce any workforce at any time in the near future.

Uijeongbu enclave base workers union chief Kang Hyung-do told Stars and Stripes that before Tuesday&#8217;s meeting it was rumored Area I job cuts would come in January or February and that lists of people whose jobs would be axed already had been prepared. However, he added, Newton reassured workers at the meeting that the rumors were false.

However, Newton told workers that forces in South Korea are being restructured and some are leaving the peninsula, and at some point the number of Army support workers will be reduced.

But Newton said he would give workers 180- days notice of any force reduction.

Newton advised workers not to rely on a published time-line for movement of U.S. forces, which would see Area I bases close over the next few years.