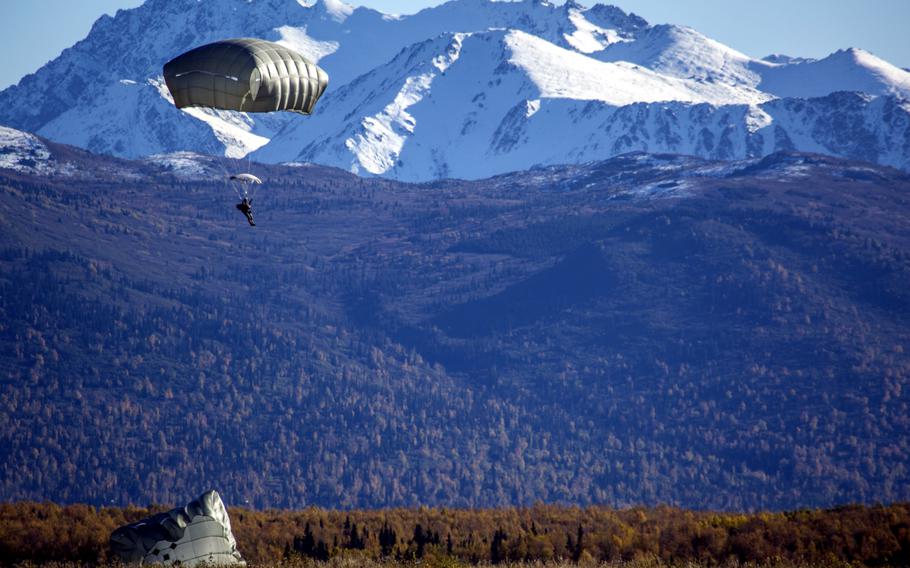 FAIRBANKS, Alaska — The Army’s only extreme-cold weather airborne brigade is prepared to fight in the Arctic. But first, they must fight for their existence.

The soldiers of 4th Brigade Combat Team, 25th Infantry Division are drilled in survival skills. They learn not to wear camouflage paint in the cold because it can mask frostbite. They are taught that firing a weapon when its 20 to 40 degrees below zero could kick up an ice fog that reveals your position. And as paratroopers, they jump in all white from pairs of C-17s above the Arctic Circle, assemble on the icy mass below and drill.

“We are the only unit that has this extreme cold weather capability across the Army,” said Lt. Col. Alan Brown, spokesman for U.S. Army Alaska.

But the brigade is slated to be cut under the Army’s plan to trim its force to 450,000 soldiers by 2017, a decision that would eliminate 59 percent of the Army personnel assigned there.

Secretary of Defense Ash Carter said the cuts reflect “a decision the Army made as part of its overall posture adjustments to accommodate the budget it has and set priorities.”

However, he conceded that given the importance of the Arctic, the Pentagon’s strategy there is under review.

“There is an operational requirements process underway, ” Carter said on a plane en route to Alaska, where he was starting an eight-day trip through U.S. Pacific Command.

If the brigade is cut, the military will lose one of its critical Arctic and Pacific rapid response assets, which has raised questions whether this is the right time to reduce this capability.

“The United States is just now coming to grip with the fact it is an Arctic nation,” said Bill Popp, president of Anchorage’s Economic Development Corporation, a nonprofit that promotes the city’s commerce by attracting businesses. “In terms of ice breakers, shore side facilities in the Bering Sea and the Arctic Ocean — we are way behind compared to Russia.”

The brigade isn’t only the sole extreme cold weather brigade in the Army; it’s also the Army’s only airborne brigade in U.S. Pacific Command. The unit can reach most places to conduct a forced entry in the Pacific, and some European locations, in nine hours or less.

“Given the current circumstances, Alaska is a strategic location,” Popp said, in light of increased unpredictability by North Korea and rising tension with China.

“It’s the strategic location of being on top of the world,” Brown said. “It allows us to respond more quickly — our flight time is simply that much shorter.”

If the brigade is cut to a battalion, “we won’t be able to do as much or have as much capability,” he said.

Popp said the cut seems to be “based only in budget and not in the strategic vein that it should be done.”

Anchorage is a city of 301,000 people. Based on the city’s early analysis of the impact, it would lose about 6,100 residents — the troops cut, plus their estimated 3,500 dependents.

The Army is still reviewing the proposed cuts. Under the plan, 2,631 soldiers from the brigade would be cut, leaving a lighter Airborne Task Force of 1,000 troops at the base.

Army spokesman Lt. Col. Joseph Buccino said the reduction was not a cut but an Army move to transition the brigade “to a smaller element and retain its airborne capability.”

“The Army is reviewing the planned transition,” Buccino said, noting the unit will be kept intact in the short term so it can participate in a February 2016 joint readiness training session.