Approximately 34,000 students head back to class across DODDS-Europe 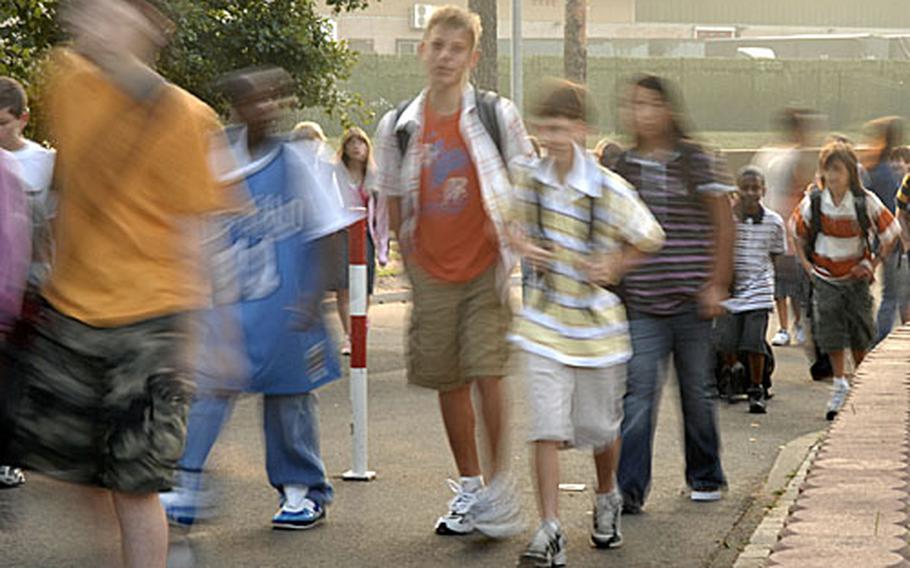 A river of students fresh off of summer vacation flowed through the elementary school campus during the first day back to school Monday at Ramstein, Germany. (Ben Bloker / S&S)

A river of students fresh off of summer vacation flowed through the elementary school campus during the first day back to school Monday at Ramstein, Germany. (Ben Bloker / S&S) 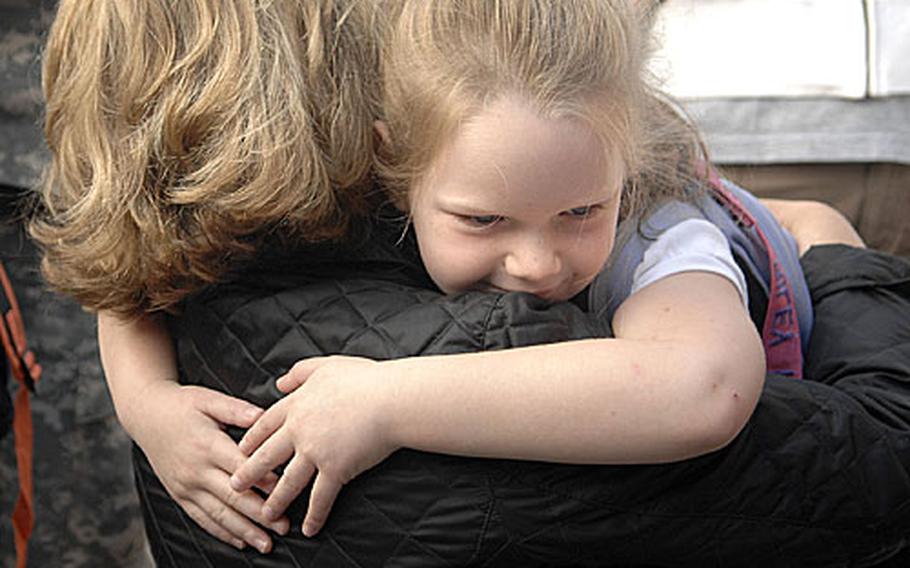 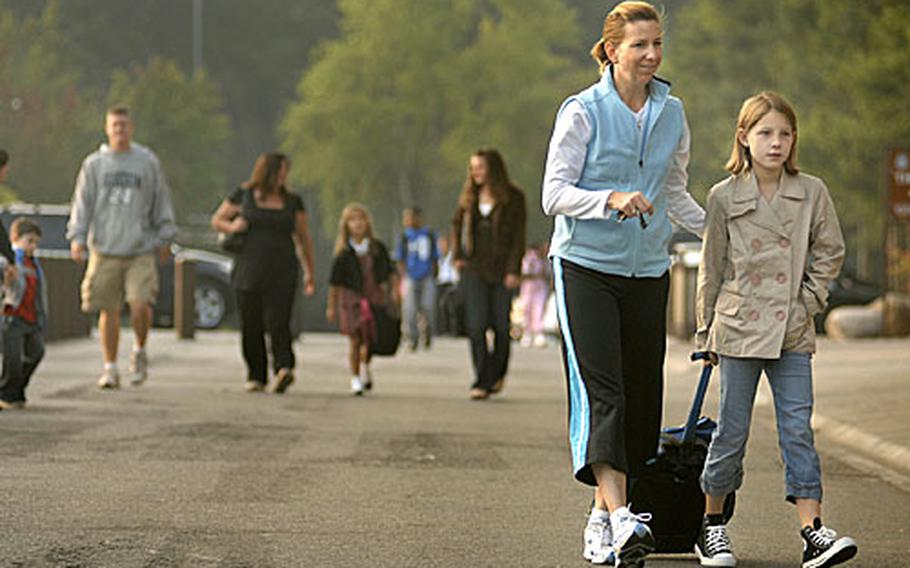 Patty Hillsman and daughter Mary join a long processional through the commissary parking lot. Parking in the lot, just adjacent to the elementary and middle schools, was packed to capacity with parents accompanying their kids first day back in school. (Ben Bloker / S&S)

There is no more potent symbol of summer&#8217;s end than the much anticipated, or maybe much dreaded, first day back to school.

Throughout the European theater Monday, an estimated 34,000 students greeted the occasion as doors swung open and students flooded schoolhouses in search of homerooms, multipurpose rooms, or even restrooms.

&#8220;Today is the first day of my first grade. Wow,&#8221; said the Naples Elementary student as she walked alongside her father, Army Spc. Paul Horning, her thumbs hitched into the straps of a backpack that dwarfed her small frame.

The current enrollment of 33,477 across DODDS-Europe is expected to be about 17 percent fewer students than last year. Nine schools have closed, mainly because of ongoing military transformation, officials said.

Last year, DODDS-Europe logged a graduation rate of 95 percent, with 78 percent of the graduates continuing their education in colleges, 10 percent planning to join the work force, and 6 percent joining the military, spokesman Dennis Bohannon said.

Shortly before 8 a.m. Monday, dozens of students and parents made their way through the commissary parking lot on Ramstein Air Base in Germany, walking their children the last stretch to school.

Amy said she thinks fourth grade will be harder than third, but her favorite subject is science because she likes doing projects.

Two classmates have high aspirations of making the grade. Abbey Carlson and Morgan Culpepper look forward to making straight A&#8217;s, they said. It might be a bit difficult for Morgan, who fears one way teachers measure success: tests. &#8220;They make me nervous,&#8221; Morgan said.

Abbey was a bit more pragmatic in her apprehension for the year. When asked what the student wasn&#8217;t looking forward to, she replied: &#8220;getting bullied.&#8221;

Makaela Lewis, 7, thinks she&#8217;ll have more and harder homework in second grade. Makaela, attending Ramstein Elementary School, said she was not really excited about school beginning, but looks forward to gym class. &#8220;I get to run around and play games,&#8221; she said.