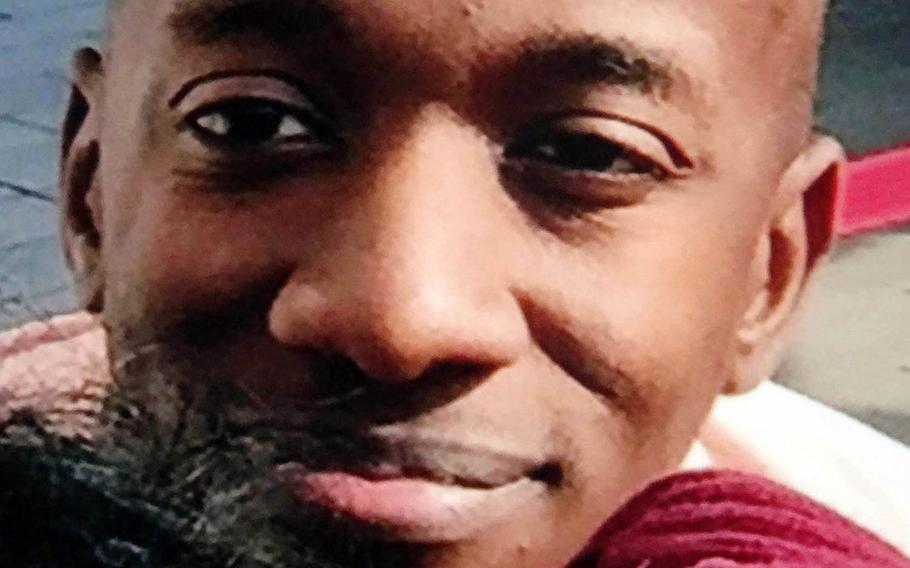 Kenneth Franklin Gadson was given life in prison for the slaying of 20-year-old Okinawan office worker Rina Shimabukuro, Dec. 1, 2017. (Courtesy of Kenneth Gadson)

Kenneth Franklin Gadson was given life in prison for the slaying of 20-year-old Okinawan office worker Rina Shimabukuro, Dec. 1, 2017. (Courtesy of Kenneth Gadson) 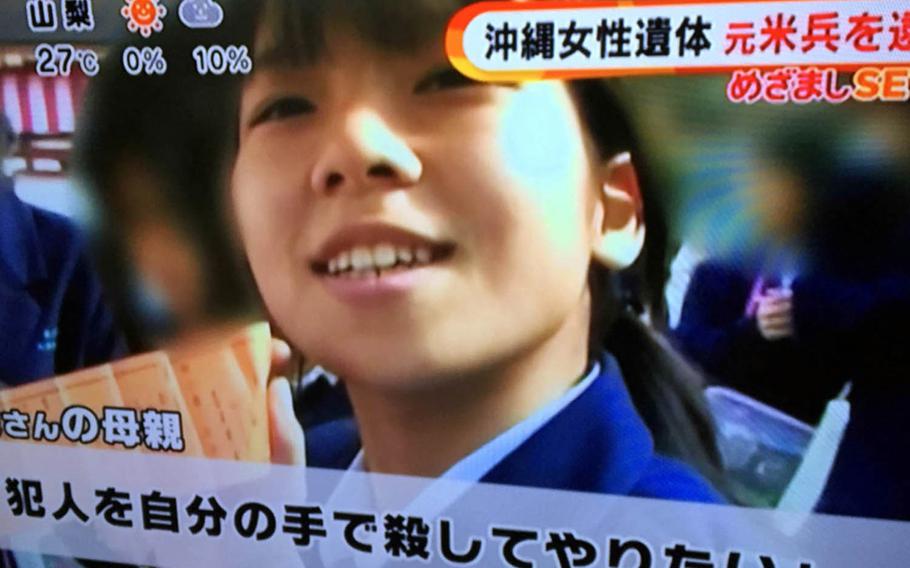 This screenshot taken of a Fuji Television broadcast shows Rina Shimabukuro, the 20-year-old Okinawan woman killed by a U.S. base worker in 2016. (Screenshot from Fuji TV)

NAHA CITY, Okinawa — A panel of Japanese judges has upheld the 2017 murder conviction of a former U.S. base worker sentenced to life imprisonment for the brutal killing of a 20-year-old Okinawan woman.

Kenneth Franklin Gadson, 34, who worked at a Kadena Air Base cable and internet provider after leaving the Marine Corps, was sentenced to life in prison with hard labor in Naha District Court on Dec. 1 after being found guilty of murder, rape resulting in death and the illegal disposal of a body in the April 28, 2016, slaying of Uruma office worker Rina Shimabukuro. He filed a petition of appeal to the Naha Branch of Fukuoka High Court late last year.

In dismissing Gadson’s appeal Thursday afternoon, a three-judge panel from the high court reaffirmed he had acted with premeditation and that he intended to kill.

“There were no issues found with the original judgement,” said the decision, which was read before the court Thursday afternoon by head judge Masamichi Ohkubo. “The credibility of the confession was recognized and, therefore, it was appropriate … the defendant recognized … each action had a high risk [to kill the victim], therefore, he had intended to murder the victim.”

Gadson now has 14 days to appeal to the Supreme Court of Japan. His attorneys declined to comment Thursday on whether they planned to do so.

Gadson appeared in court for the 2 p.m. hearing wearing typical prison garments — a white T-shirt, denim pants and black slippers. He stared ahead stoically and was barely audible when asked his name and date of birth.

Shimabukuro’s father, mother, grandmother and other family members were present. All were clad in black.

The judges wasted no time in dismissing the petition, which had been filed over intent. Gadson has maintained that he meant to incapacitate Shimabukuro and to move her to another location so that he could rape her. He said he did not mean to kill her.

The judges said this could not be believed based on Gadson’s confession and evidence collected in the case.

The judges said Gadson knew his actions would kill the Shimabukuro.

“The victim was taking a walk when the defendant suddenly hit the back of [her] head,” Ohkubo said. “[She] could not be prepared for the force or anything. This incident alone was enough to kill a person.”

Gadson began to blink with great frequency as the crime was recounted in court. The victim’s family wept.

Shimabukuro disappeared after going out for a walk about 8 p.m. on April 28, 2016. Police immediately suspected she had been the victim of a crime or had suffered an accident because she left behind her car and wallet. Her phone’s GPS indicated she last was in an industrial area near her home in Uruma’s Suzaki district.

Police spotted a red SUV owned by Gadson while checking vehicles seen in security camera footage in the area.

Police said he admitted to strangling Shimabukuro and led officers to her body. His lawyers argued that Gadson was under the influence of sleeping pills at the time of the confession due to a suicide attempt.

During the trial, prosecutors argued Gadson had admitted striking the victim with some sort of hard object, that he had choked her with two hands, and that he stabbed her during the initial assault — all signs that he intended to end Shimabukuro’s life.

Her parents called for the death penalty, though it is rarely applied in Japan for a single homicide.

Gadson attempted to show remorse during his trial’s closing arguments. “I’m not a bad person, and I didn’t mean for any of this to happen,” he said. The brutal crime rocked Japan and triggered massive anti-American protests on an island where about half of the 50,000 U.S. troops in Japan are based.

Then-President Barack Obama apologized for the crime during his historic visit to Hiroshima in May 2016 following a strong rebuke from Prime Minister Shinzo Abe.

Gadson was convicted by a panel of three judges and six jurors, who concluded that while he may not have planned to kill Shimabukuro when he attacked her, that quickly changed after he struck her from behind and she screamed and fought back.

The U.S. and Japanese governments have agreed to pay an undisclosed sum of money to Shimabukuro’s family in compensation for the crime because Gadson reportedly is destitute.