Apartments near Walter Reed give space to wounded and their families 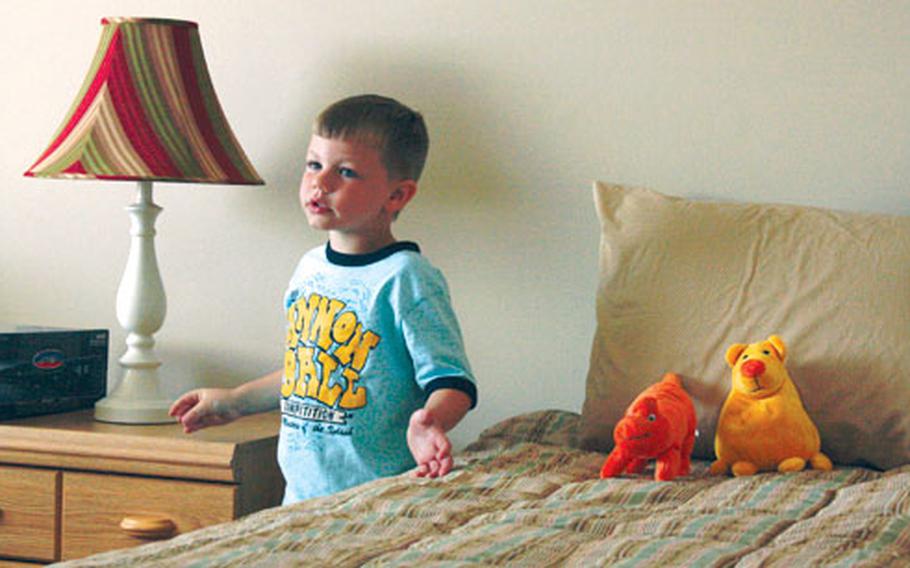 Christopher Payne Jr., 5-year-old son of wounded Army Staff Sgt. Chris Payne, shows off his new bedroom to reporters on Tuesday. The apartment is one of 15 being furnished by Operation Homefront to families of rehabbing soldiers at Walter Reed Army Medical Center, in order to give them more independence and privacy. (Leo Shane III / S&S)

Christopher Payne Jr., 5-year-old son of wounded Army Staff Sgt. Chris Payne, shows off his new bedroom to reporters on Tuesday. The apartment is one of 15 being furnished by Operation Homefront to families of rehabbing soldiers at Walter Reed Army Medical Center, in order to give them more independence and privacy. (Leo Shane III / S&S) 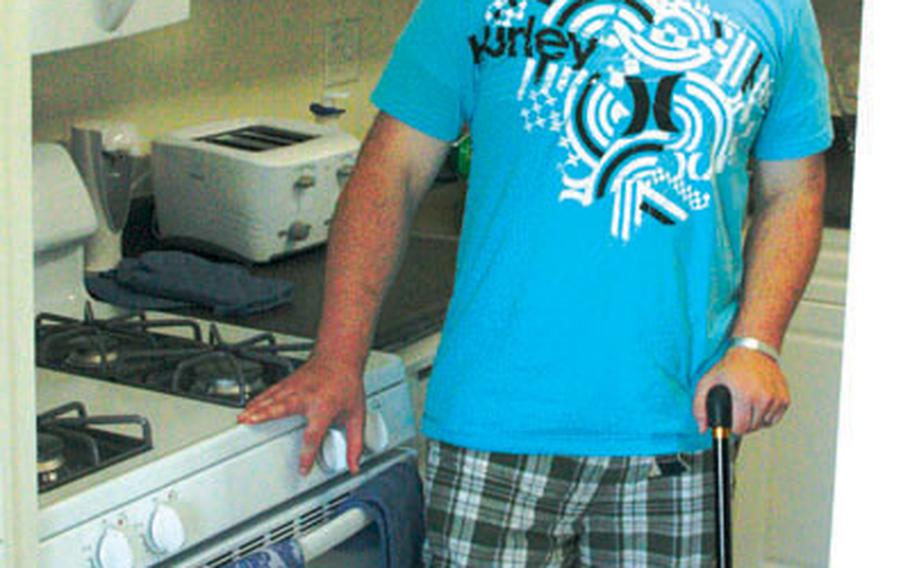 Army Sgt. Travis Wood, who was wounded in Afghanistan two years ago and has been rehabbing ever since, tours the kitchen of one of the new Operation Homefront apartments in Maryland on Tuesday. (Leo Shane III / S&S)

WASHINGTON &#8212; Three-year-old Madeline Wood rushed into the apartment and immediately jumped onto the pink teddy bear on top of a children&#8217;s bed.

"It&#8217;s mine!" she said, alternating between hugging the stuffed animal and the bed itself.

It isn&#8217;t yet, but soon the unit will be home to the family of Sgt. Travis Wood, who was wounded in Afghanistan 18 months ago. Since then he has been rehabbing at Walter Reed Army Medical Center, and for the past few months living with other wounded patients and their families in one of the campus&#8217; Fisher Houses.

"You&#8217;re so close to the hospital &#8230; but sharing the space, when you have a family, you have no personal time, no privacy," he said. "This is an incredible opportunity to have more space, to be able to live your own life."

That opportunity, made possible through Operation Homefront, will put 15 families of wounded warriors in free, fully-furnished apartments just a few miles away from the medical campus.

Officials said the project, dubbed Operation Homefront Village, is an effort to help their transition from outpatient life to a return home. The charity has already opened similar off-campus family housing near Brooke Army Medical Center in Texas.

The Maryland units would typically cost around $1,800 a month but will be rent-free thanks to donors to the charity. The apartment complex, also home to a number of Walter Reed physicians and staffers, has a community pool, a handicapped-accessible gym, and shuttle service to and from the hospital.

The first family to move in this week was that of Staff Sgt. Chris Payne, a 101st Airborne Division soldier who lost his left leg in a roadside bomb attack in Iraq. His wife and two children spent Tuesday running from room to room, testing out every bed and couch of the five-room apartment. "Right now, we&#8217;re all stuck in one small room," he said. "This is incredible."

Down the hallway from the Payne&#8217;s 14th floor luxury apartment, Sgt. Jon Pruziner was talking with organizers about the possibility of getting on the apartments waiting list. He lost his right leg in Iraq last fall, but right now his biggest obstacle in recovery is trying to figure out what to do with his bike.

He said friends and family who come to visit have to sleep on a futon on his floor because of the lack of space. While the access to the hospital is convenient, he said, after a year in the cramped conditions he&#8217;d like more space and more independence.

Wood, who has undergone 79 surgeries to repair broken bones and muscle damage, said he&#8217;s not ready to move back to Utah yet, but wants to take another step away from the hospital.

"And I think it&#8217;ll actually help whoever gets in here to heal better, because you&#8217;ll have that positive mentality going on," he said.

Operation Homefront officials said they expect to have all 15 apartments full in the next few weeks, and may add more in the future if needed.

VideoGet the Flash Player to see this player.//(See video at end of story)