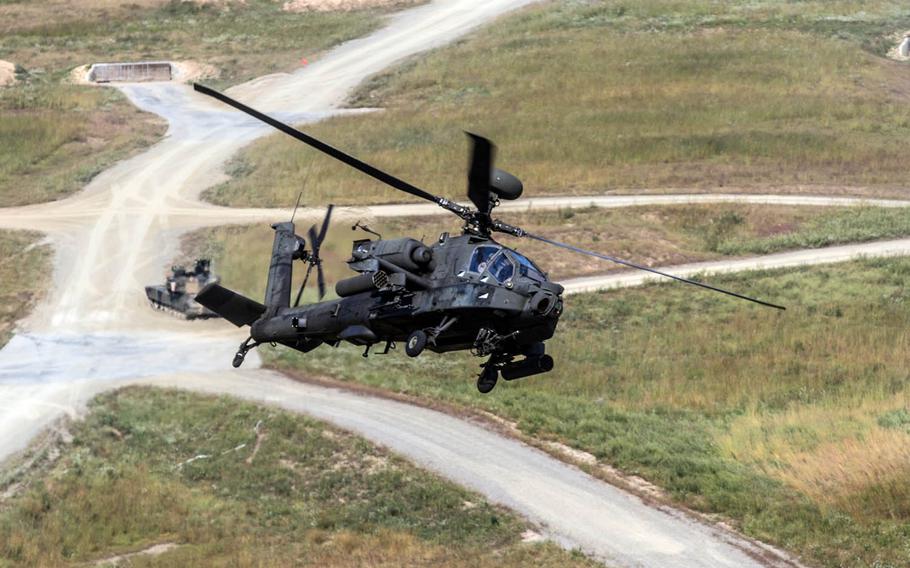 SEOUL, South Korea — An Apache helicopter made an emergency landing in a rice paddy south of Seoul on Wednesday evening as a precaution, after the pilot detected smoke in the cockpit.

No injuries or damages were reported, a 2nd Infantry Division spokesman said.

The crew did a systems check after landing the AH-64 helicopter in the city of Asan, Chungcheongnam-do province. Maintenance staff from Camp Humphreys also traveled to the site to inspect the aircraft but found nothing wrong, Lt. Col. Chris Hyde said.

Since it was already nightfall, they kept the helicopter in place and flew it back to Humphreys on Thursday morning with no issues, the 2ID spokesman said.

The Army deployed two dozen Apache attack helicopters to the divided peninsula this year amid a growing nuclear and missile threat from North Korea.

The Apaches replaced 30 retiring OH-58D Kiowa Warriors. But the helicopter battalion has been temporarily split between Humphreys and Suwon Air Base because of the delayed construction of a parking apron at Humphreys.

The U.S. has some 28,500 servicemembers stationed in South Korea, which remains technically at war with the North after the 1950-53 conflict ended in an armistice instead of a peace treaty.