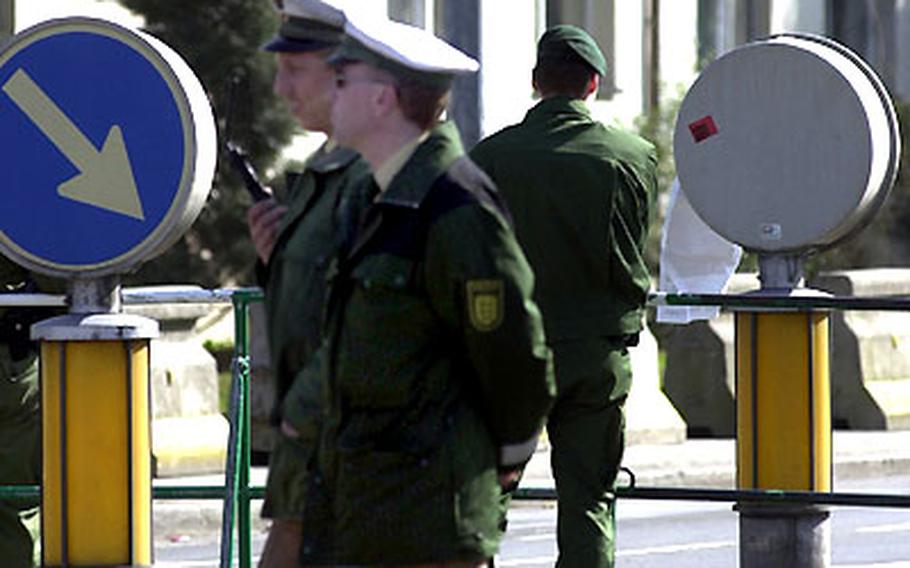 A anti-war sign hangs on a traffic light in the middle of of Romerstrasse, the street that splits Mark Twain Village in Heidelberg, Germany, and goes past Campbell Barracks, home to U.S. Army Europe and V Corps headquarters. (Michael Abrams / S&S)

The first day of war was sunny and springlike in Darmstadt, Germany&#8217;s shopping district.

Just hours after the U.S. military attacked Iraq, German shoppers strolled through the town&#8217;s center, many voicing their opinion against any war and against both the leaders in the United States and Iraq.

Others voiced their concern over the safety of Iraqis, adding that they hoped no one would get hurt.

Others saw an easier solution to the current conflict.