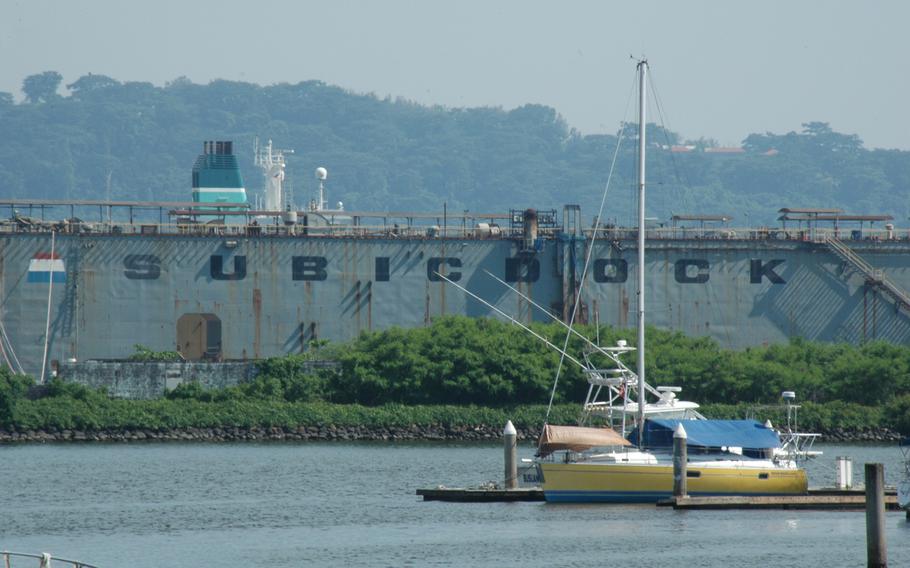 Anti-American protests have long been a staple outside the U.S. Embassy in Manila. It doesn’t take much to get leftists and students riled up, chanting and burning flags and effigies.

But while they’re vocal, protests generally have represented a fairly small segment of Philippine society, except during major flare-ups in bilateral ties. Now the slaying of a transsexual at Subic Bay a week ago, allegedly by a Marine taking part in joint exercises, has the anti-U.S. tide seeping into the mainstream again at a particularly sensitive time.

This was the one thing that neither government wanted to see as they scaled up military ties that badly frayed when the Philippine Senate refused to renew leases for U.S. bases in 1991 but had been on the mend for the past 12 years.

The lurid details of the slaying — the victim’s nude body was found in a hotel bathroom, her head on the toilet, with drowning listed as the cause of death — have dominated newspapers and TV. Four of five U.S. ships that had anchored after the exercise were delayed in departing, and the fifth, with the suspect in the brig, is still there.

Every detail of how the case is handled will be scrutinized for any hint of favoritism toward the Marine, right down to where he’s detained while the legal process unfolds. An American soldier accused of rape several years ago was held on U.S. Embassy property during his trial, which remains a sore spot for many Filipinos.

The U.S.-Philippines relationship has long been a tangled one, not atypical for a former colony and its colonial rulers.

The sprawling archipelago of more than 5,000 islands has embraced American culture. Marriages between foreigners and locals are accepted far more than in most Asian countries. America is the prime target for people seeking overseas jobs and a better life. Americans fought beside Filipinos during World War II, and the U.S. military today is peppered with Philippine faces.

But there also are sensitivities of a country that is proud to have gained its independence but still struggles to deal with problems common in young nations, including an underfunded and undertrained military.

That issue became painfully obvious in 2001. Islamic extremist groups such as the Abu Sayyaf had been growing in strength, drawing from the disenfranchised rural poor. When the Abu Sayyaf staged a mass kidnapping at an upscale resort that included three American captives, the Philippine navy tried to follow but couldn’t keep up with the escape boat.

The saga dragged on for a year, with the kidnappers and their captives fleeing at one point from a surrounded hospital. Finally, with the U.S. invasion of Afghanistan having toppled the Taliban, Washington dispatched military counterterrorism trainers to the Philippines to keep the country from becoming a safe haven for terror groups.

Their arrival drew heated protests, and strict rules were drawn up that banned the Americans from combat. U.S. equipment and surveillance assistant trickled in. When the chief Abu Sayyaf spokesman was killed in a sea battle, the presidential palace watched it all live via a U.S. surveillance aircraft.

Today, while the Abu Sayyaf remains a prickly thorn, it has been called a spent force. And the U.S. trainers have been praised for playing a crucial behind-the-scenes role.

So when increasingly expansionist China began flexing its muscles in the South China Sea, clashing with a Philippine vessel, the Philippine government realized it was time to bolster its coastal defenses. At the same time, the U.S. was working on its “Pacific pivot” as the wars in Afghanistan and Iraq came to an end.

So in the wake of the goodwill generated by U.S. aid following last year’s devastating typhoon in the central Philippines, Manila and Washington worked out a deal. It was designed to ramp up the U.S. military presence in the Philippines with rotational forces and prepositioned disaster aid without fully reopening the close bases, walking a fine line to avoid sparking too much local dissent.

At the time the deal was announced during President Barack Obama’s visit to the Philippines, analysts forecast that protests against the deal would fade as long as there was no major incident to fan the flames.

That appeared to be happening. Until a week ago.