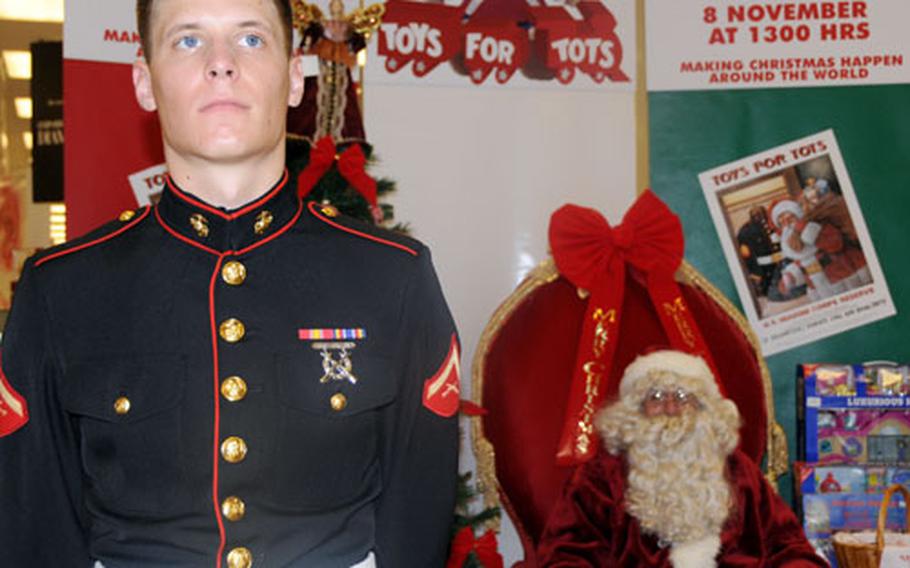 KADENA AIR BASE, Okinawa &#8212; Toys for Tots kicked off Saturday at the exchanges on Kadena Air Base and Camp Foster with a call for more toys and more volunteers.

The annual Marine Corps Reserve program &#8212; which got its start in 1947 &#8212; collects new, unwrapped toys to distribute to families at Christmas.

Toys for Tots on Okinawa is a little different from stateside programs, said Staff Sgt. Felipe Sanchez, the Okinawa program&#8217;s lead coordinator. It&#8217;s conducted by Reserve Marines but relies on help from active-duty volunteers from all four services, he said.

He hopes to have soldiers, airmen and sailors help man collection boxes and help sort toys in their warehouse on Camp Foster, he said.

Collection drop boxes will be placed at Army and Air Force Exchange System locations on camps Foster, Lester, Hansen, Kinser and Courtney as well as at Torii Station and Kadena Air Base, according to a news release.

All 13 Department of Defense Dependants Schools&#8212;Okinawa schools also will have drop boxes, and some of the schools will compete to collect the most toys, according to a DODDS-Okinawa release.

As Christmas draws near, the toys collected will be passed out in "the local community to hospitals for the physically and mentally handicapped, schools, orphanages and to under-privileged children both on and off base," according to the Marine release.

See more photos from the Special Olympics at Kadena here.