Annual Danish-led road march in Bosnia a chance to socialize 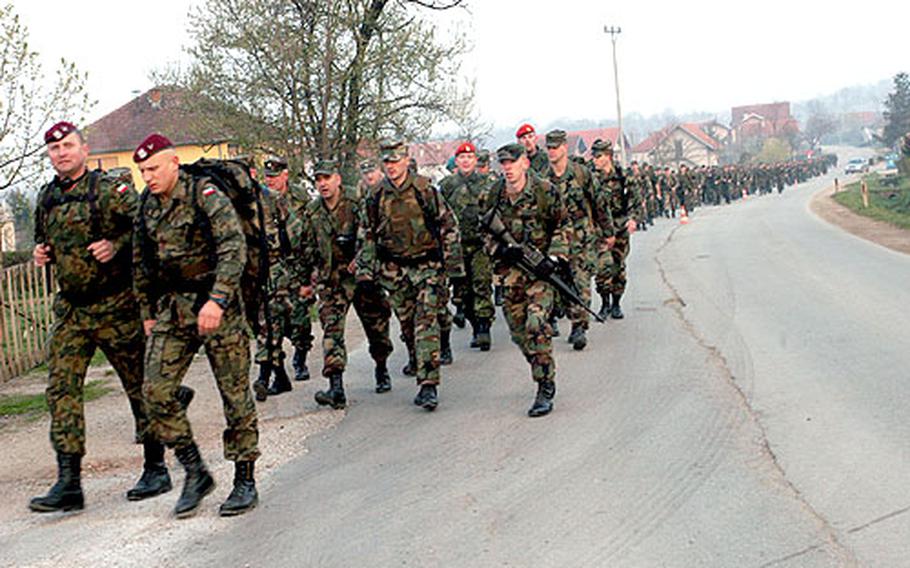 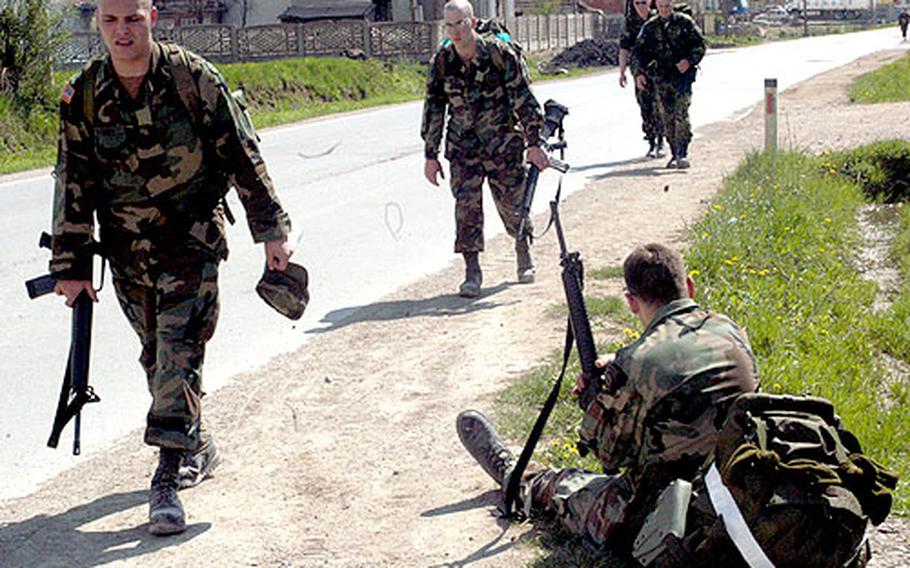 A soldier rests as others pass him near the end of the 30-kilometer Dancon march Saturday. (Ivana Avramovic / S&S) 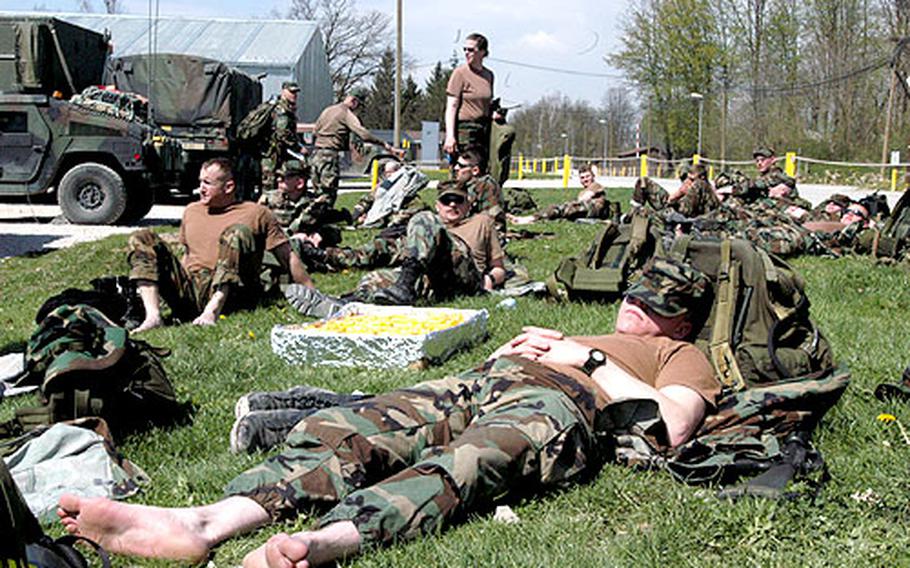 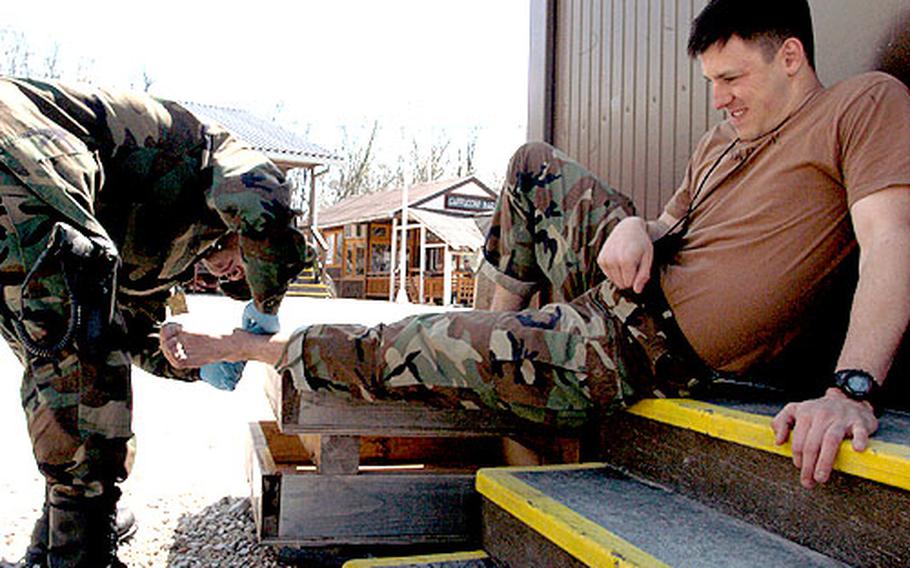 EAGLE BASE, Bosnia and Herzegovina &#8212; Almost 300 Stabilization Force troops and European police left Eagle Base on foot Saturday, carrying just over 20 pounds each on their backs and extending a 30-year tradition.

The troops, who set off just as the sun was coming through the morning fog, were taking part in the 30-kilometer Dancon road march.

The hike was started by the Danish Contingent in Cyprus in 1972 when it was a part of the U.N. peacekeeping mission. It has continued during the Danes&#8217; time in Bosnia, with their trying to conduct the march several times during each rotation.

The long march on a winding, hilly road gives the troops a good workout as well as the opportunity to socialize with different nationalities.

U.S. troops in the current SFOR rotation heard about the march from their predecessors. So when it came time to sign up, they joined with the Danish and Finnish troops stationed at Eagle Base, along with Turkish, Russian, Canadian, British and Polish troops who gathered for the event.

It took the Danish Contingent two days to find a different route than the one used in the past, said Danish Capt. Jimmi Bratved. They dropped the former route when they left their old camp near Doboj late last year to move to Eagle Base.

The number of participants starting &#8212; and completing &#8212; the march was more than expected, he said.

Just before the marchers set out, the Danish organizers reminded them the march was not a competition and that they should enjoy the walk and the scenery.

But many disregarded the recommendation, going the 30 kilometers without a break, competing with themselves.

Sgt. 1st Class Jeff Fraziy, of the 134th Long Range Surveillance Detachment, stationed at Camp Connor, finished the course in three hours and 50 minutes, although participants were allowed more than twice that time.

He said that as an infantryman, it was a part of his job to move on foot.

Fraziy, a veteran of the 26.2-mile Baton Death March in White Sands, N.M., watched other troops come in as he lay in the grass with his boots off.

A unit member, Spc. Rodney Martin, who finished seven minutes earlier, did the same for a while, but then went to have bloody blisters on his heel taken care of.

But even while cringing as his blisters were cleaned by Maj. George Eapen of Task Force Med Eagle, Martin vowed he would return for the second Dancon march in his rotation on May 17.