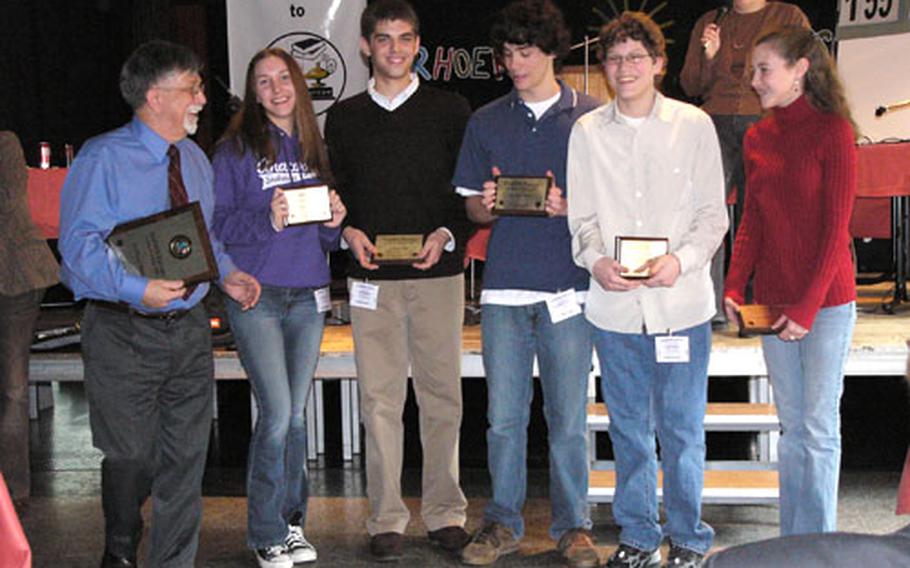 HAMBACHTAL, Germany &#8212; Being familiar with diverse subjects such as Marxist jargon and the prose of American novelist Willa Cather helped Ankara, Turkey, dethrone Heidelberg during Friday&#8217;s championship of the 2007 DODDS-Europe Academic Games.

A cool head helped, too.

If &#8220;fun&#8221; involves coming up with the right answer before an opposing panel of four students can, responding to questions covering math, science, history, politics, music and more, the Ankara students had a blast.

Ankara, the smallest school to make the final eight in the annual Department of Defense Dependents Schools compeition, was undefeated through the double-elimination portion of the two-day event, which began Thursday at a resort complex near Baumholder.

Ankara completed its run to the championship Friday with a comfortable victory over eventual third-place finisher SHAPE in the semifinals and the victory over Heidelberg in the final. Ramstein placed fourth.

By the time question 35 of the 40 allotted for each game rolled around, Ankara was up 140-115. But Heidelberg, which reached the final with a 210-80 losers-bracket final victory over SHAPE, mounted a furious rush in the late going.

Correct answers are worth 10 points each, with each fifth question including a bonus question.

Ankara&#8217;s experience in the competition paid off when it mattered, according to senior Kaan Kaglioglu, the team captain.

Neumann said beating Heidelberg was her team&#8217;s most enjoyable game, although collecting another Big Schools&#8217; scalp also was well up on her list.

Ankara&#8217;s other panelist in the title round was sophomore Christopher Wilson, in his first try here. Casey Miller served as the alternate.