Anjung-ri mall shows off its new look on Saturday 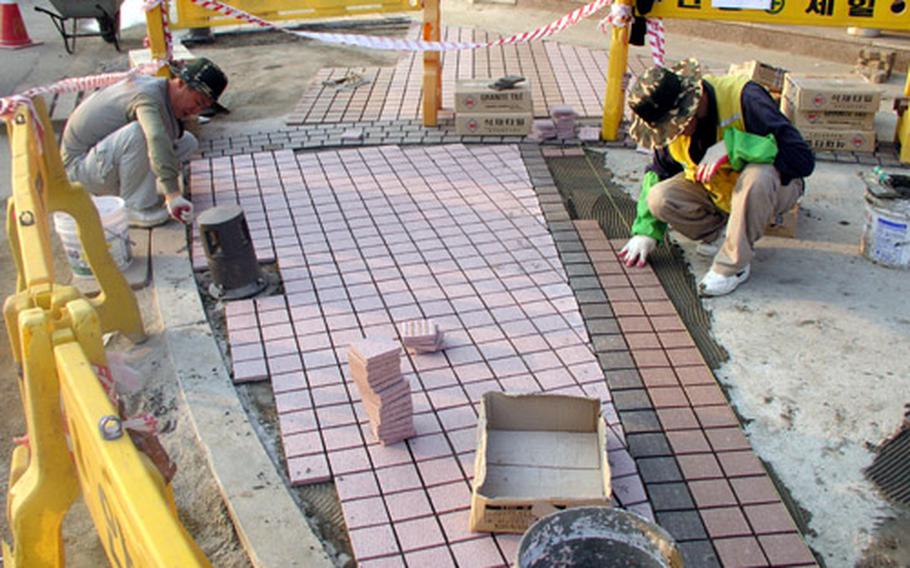 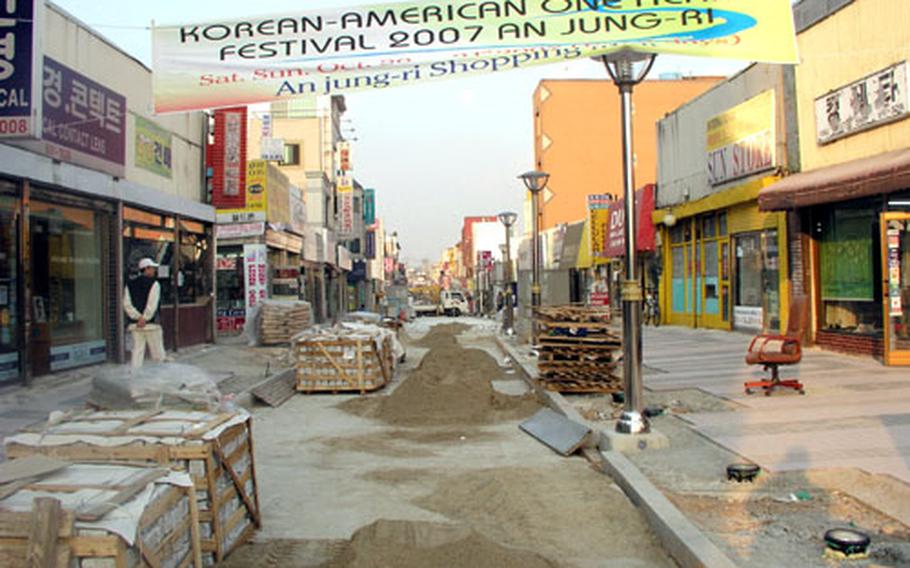 ANJUNG-RI, South Korea &#8212; Troops looking for a drink or a meal in the Anjung-ri mall outside Camp Humphreys have dodged their last passing car.

Workers are in the final stages of a major overhaul of the popular commercial district, where bars, clubs, restaurants, convenience stores and other shops cater largely to troops from Camp Humphreys. The post is in the Anjung-ri section of Pyeongtaek City, about an hour&#8217;s drive south of Seoul.

The commercial strip will be converted to a pedestrians-only zone.

In addition, the main street running through the district is being repaved, and overhead electrical wires are being moved underground.

&#8220;It&#8217;s right outside of our pedestrian gate, and it provides our soldiers and families and civilians a place where they can get something to eat, they can have a drink, they can listen to some music at the clubs, buy some clothes,&#8221; said Bob McElroy, chief spokesman for the U.S. Army Garrison Humphreys.

&#8220;That little street that goes through Anjung-ri has pretty much everything you want,&#8221; he said. Besides bars, clubs and restaurants, stores sell everything from eyeglasses to phone cards to flowers.

The pedestrian mall portion of the overall project is scheduled for completion by this weekend, in time for a two-day Korean- American cultural festival there, Pyeongtaek City officials said. The festival is set to open at the mall with a 3 p.m. ceremony Saturday.

The project, launched by the Pyeongtaek City government, isn&#8217;t limited to the shopping district. It also calls for two small parks &#8212; one on each side of the Humphreys main gate.

Also, new sidewalks are going in along a street that runs parallel to Camp Humphreys and along the thoroughfare that runs from the main gate out to the KTX railroad overpass, McElroy said.

&#8220;It is good news,&#8221; McElroy said of the project. &#8220;Especially the Anjung-ri shopping mall area, where it will provide everyone who lives and works at Humphreys a safe place to shop and to walk without worrying about traffic and cars.&#8221;