Angelella moves on, speaks of pride in Misawa troops 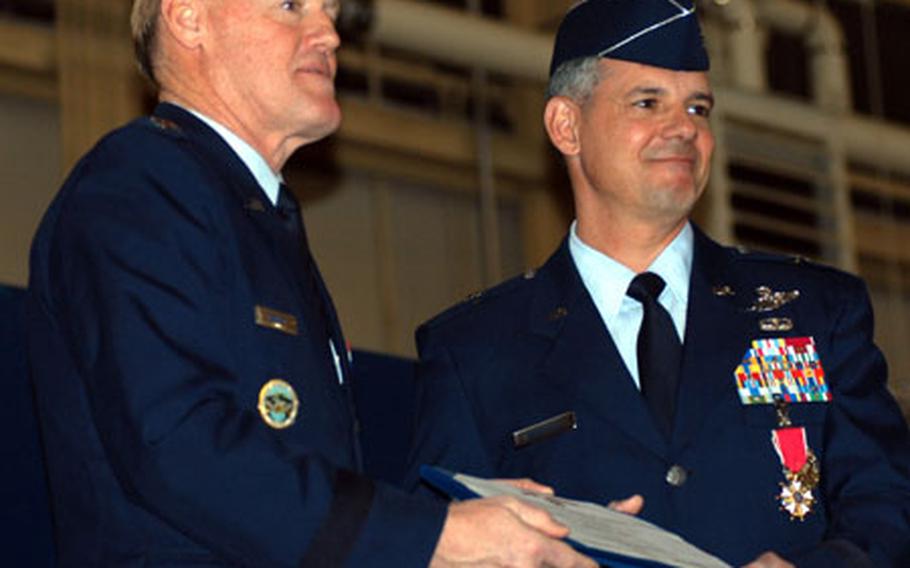 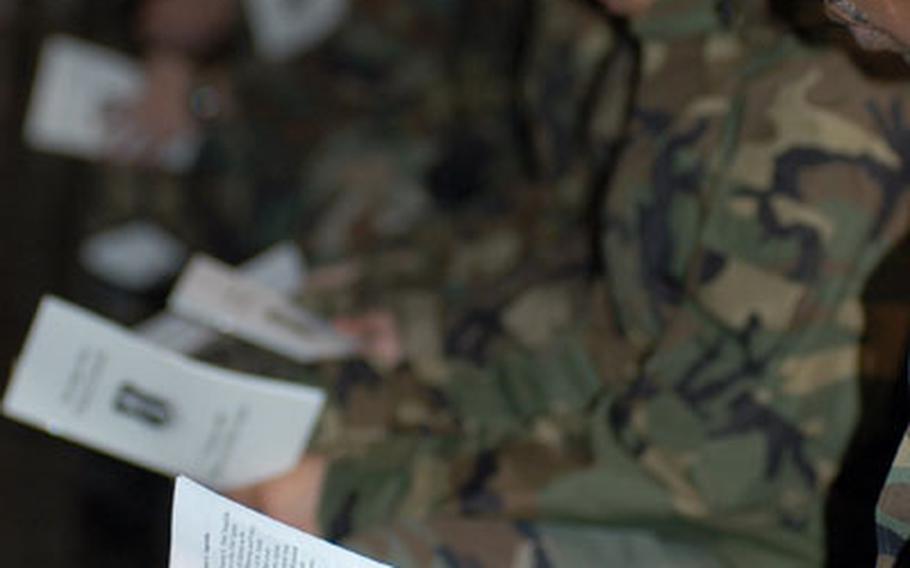 MISAWA AIR BASE, Japan &#8212; There must be something about Misawa that stirs the hearts of one-stars.

It was 17 months ago, from the same stage in Hangar 949, that Brig. Gen. Sam Angelella watched former 35th Fighter Wing commander Brig. Gen. William Rew say an emotional goodbye to his troops.

When Angelella took the podium Wednesday morning for his last speech as wing commander, he choked up several times while thanking his commanders, chiefs, airmen and local Japanese leaders and friends.

&#8220;Never before I have seen such an exceptional group of airmen, soldiers, Marines and sailors assembled in one place accomplish so much,&#8221; Angelella said.

And so the 35th Fighter Wing guidon was passed to a new leader. O&#8217;Shaughnessy last commanded the 57th Adversary Tactics Group, 57th Wing, at Nellis Air Force Base, Nev. An Air Force Academy graduate, he&#8217;ll be joined at Misawa by his wife, Donna, and their newborn son.

Angelella heads to U.S. Pacific Command in Hawaii, where he&#8217;ll be deputy director of strategic planning and policy.

Shrinking budgetIn an interview last week, Angelella took a break from packing up his office to talk about the past 17 months&#8217; accomplishments and challenges and what he thinks lies ahead for Misawa&#8217;s airmen.

The shrinking budget due to the ongoing war on terrorism &#8220;is probably one of our biggest challenges,&#8221; Angelella said.

Offsetting that is a busy deployment schedule, he said. About 150 Misawa airmen still are deployed for Aerospace Expeditionary Force 3 and 4; more than 400 are deploying for the current AEF 5 and 6; and this spring and summer, up to 1,000 Misawa airmen could deploy for AEF 7 and 8, Angelella said. Each rotation lasts approximately four months.

&#8220;A lot of our operations are being paid by the global war budget but &#8230; there are a lot of operational requirements at Misawa that remain,&#8221; he said, including road maintenance, snow removal and family programs.

But Angelella said he believes the wing is doing a good job to prepare them. Last year, PACAF approved the wing&#8217;s request to fund an extra day of expeditionary combat skills training at Misawa for airmen deploying this month to Iraq, he said.

Angelella said he&#8217;ll most miss the airmen at Misawa and the base&#8217;s strong community ties with the city of Misawa.

His parting message to his troops: &#8220;Stay focused. I wouldn&#8217;t change anything right now. I am very proud of them. I&#8217;m confident that Col. O&#8217;Shaughnessy is going to set the same conditions for their success in the upcoming AEF rotation and if they take care of themselves, we&#8217;ll take care of their families.&#8221;