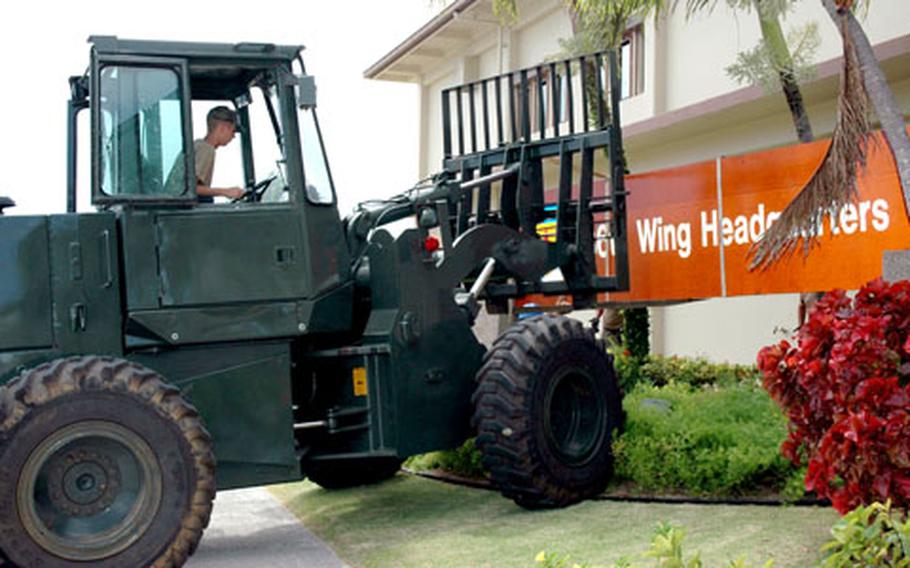 It might mean thousands of new business cards for airmen on Guam. The wing at Andersen Air Force Base earned a new name Thursday, changing from an Air Expeditionary Wing to a permanent wing.

A wing is the Air Force&#8217;s main war-fighting instrument, according to an Air Force fact sheet, &#8220;the basic unit for generating and employing combat capability.&#8221;

As an expeditionary wing, the 36th had a specific mission, much like airlift and fighter wings have in other places.

The change was made, according to a wing release, &#8220;to better reflect the growing mission here.&#8221;

Military leaders have focused on Guam as a new regional hub for air and naval operations, with expansion projects at the Navy and Air Force bases and the move of thousands of Marines from Okinawa to Guam.

&#8220;This is indicative of how vitally important the base and Guam is to the national security concerns and interests of the United States and our allies in the Pacific,&#8221; Col. Michael Boera, 36th Wing Commander, said in a statement. The wing is made up of groups that provide support, maintenance, medical and operational capabilities.

It was based around Europe, South America and in the States before settling at Andersen in 1994 as the 36th Air Base Wing.

An air base wing does not have an operational mission, according to the Air Force.

The name temporarily changed to the Air Expeditionary Wing in 2004, recognizing a new mission for the command, before making the latest transition this month.

The wing plans to hold a celebration for the new name soon.

Here&#8217;s a look at the designation of wings at Pacific Air Forces bases: