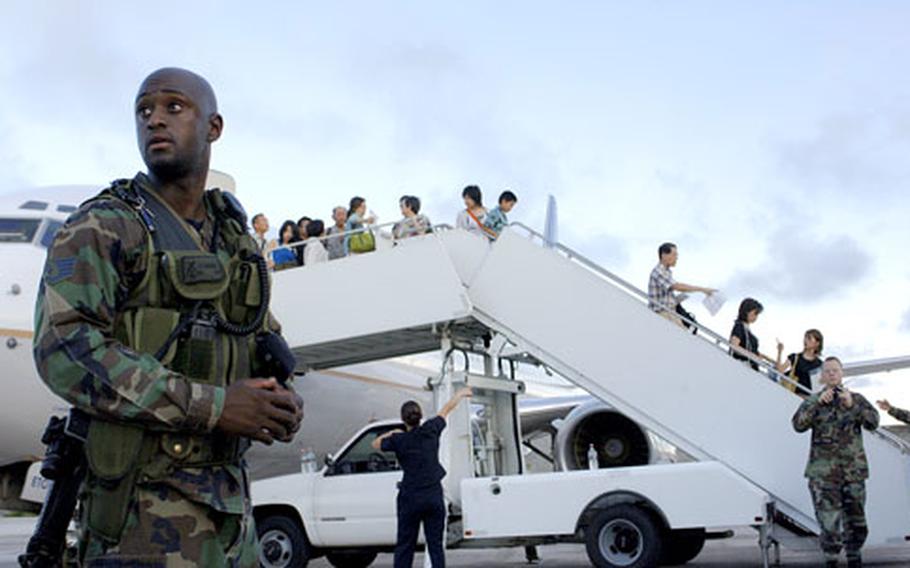 ANDERSEN AIR FORCE BASE, Guam &#8212; Andersen Air Force Base is allowing some commercial aircraft to land there until further notice due to an incident that closed the runway at Guam&#8217;s Won Pat International Airport.

The nose landing gear of Northwest Airlines Flight 74 from Japan&#8217;s Narita International Airport, with 318 passengers aboard, collapsed on a runway while taxiing Friday, forcing the shutdown of the airport, according to The Associated Press. Three people were injured &#8212; one of them was hospitalized.

Passengers arriving at Andersen via Continental Airlines will be escorted to Andersen&#8217;s new Air Expeditionary Force Forward Operating Location Hangar until the airline can transport them to WPIA, Andersen officials said late Friday.

Some arriving flights also were rerouted to Saipan, in the neighboring Northern Mariana Islands.

Guam&#8217;s airport was expected to reopen later Friday after another runway is put into service, airport spokeswoman Rolenda Faasuamalie said.

The base is helping until the airport resumes operations, officials added. The National Transportation Safety Board is investigating the incident, according to the AP report.