Anatomy of a 'patterned' meal 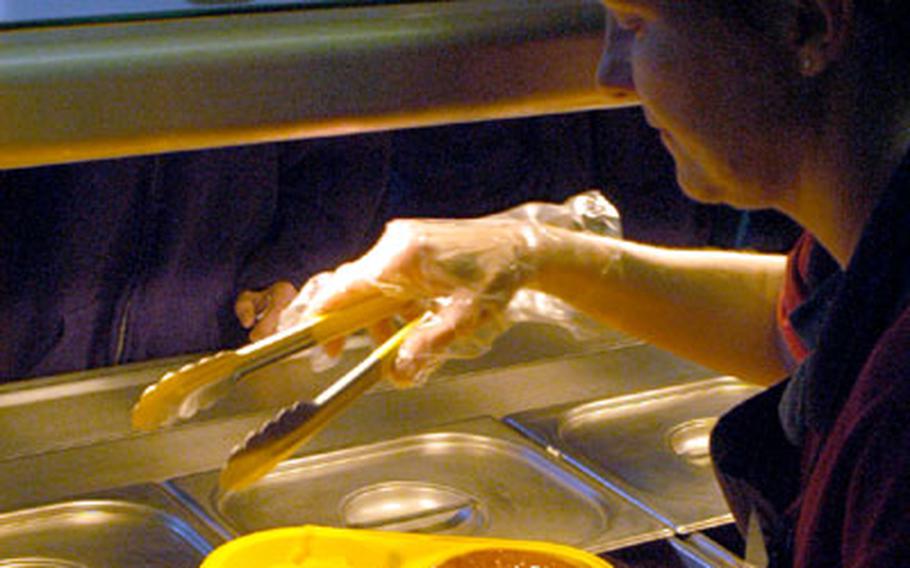 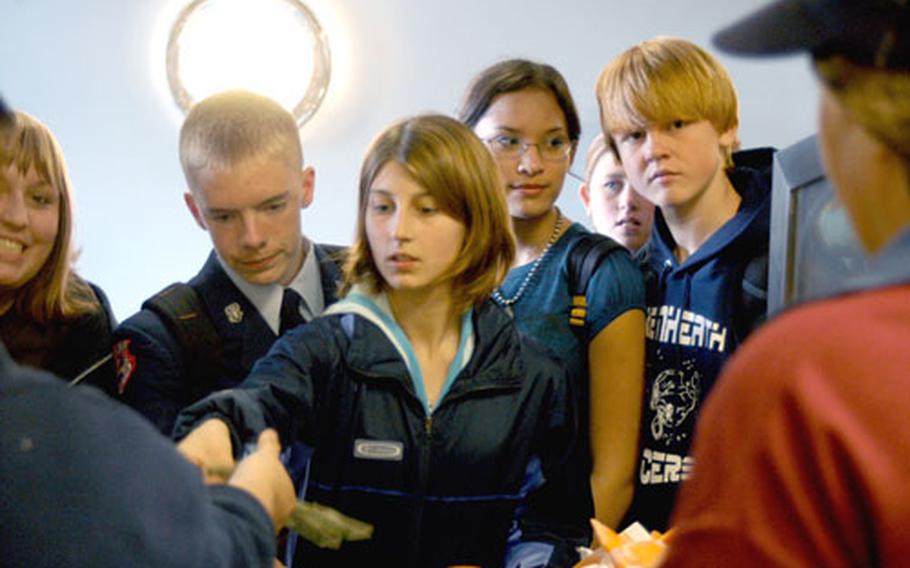 For many students in Department of Defense Dependents Schools in the United Kingdom, especially younger kids, the standard school lunch is part of the daily routine: English, art, tray of ravioli with a side of garlic toast, recess.

The nacho supreme that ends up on American kids&#8217; lunch trays begins its life at the U.S. Department of Agriculture, which sets nutrition standards for food being served youths in different age groups.

The USDA generally requires that each &#8220;patterned&#8221; meal provide about one-third of a child&#8217;s recommended daily intake of calories, fats, and various vitamins and minerals.

According to the Army and Air Force Exchange Service, the agency contracted by the military to provide school lunches in European DODDS schools, minimum amounts of calories, iron, calcium, protein and vitamins A and C must be met, with less than 30 percent of the calories coming from fat.

Maj. Sarah Flash, an AAFES dietician in Dallas, has the job of coming up with meals made up of five or six items (plus milk) that &#8212; served in specific proportions &#8212; meet the minimums without going too far over the top.

The result is actually a pair of menus, based on the differing needs of elementary-age and high-school age students, Flash said. Elementary meals are generally smaller and contain fewer options, while middle and high school students get a choice of entrees and more on the tray, said U.K.-region school meals program manager Lesley Cooley.

The elementary menu, according to AAFES, tends to exceed the USDA minimums in most categories, while keeping within the fat guidelines. Averaged over five days, a first-grader&#8217;s hot lunch contains about 763 calories (the USDA minimum is 664), and often double the minimum amounts of required nutrients.

For older students on the high school menu, the average number of calories (828) is much closer to the USDA minimum (825), while still heaping on extra vitamins, protein and iron, according to AAFES figures.

The result is a meal like the one set for Oct. 26: corn dog or sloppy joe with curly fries, corn, fruit mix and a cookie.

The patterned meal, however, can often be altered by students. At some schools, older kids can order &#8220;lunch plus,&#8221; which gets them bigger portions for a little extra money, or the day&#8217;s entree can often be substituted with a packaged salad, AAFES food managers said.