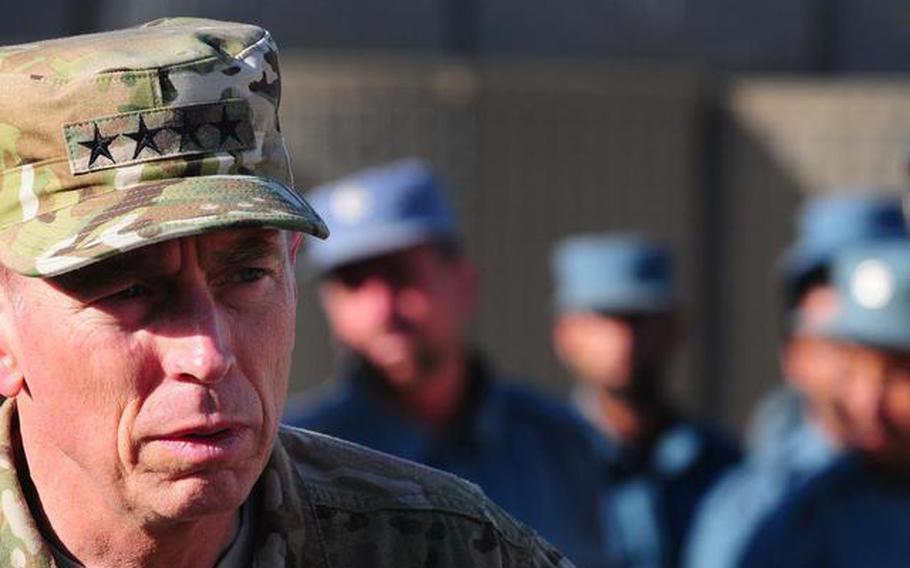 As newly retired Gen. David Petraeus trades in his uniform for a business suit, he aims to quash concerns over a perceived "militarization," of the CIA, Reuters reports. Petraeus, who retired last week after 37 years in the military, is expected to be confirmed Tuesday as director of the CIA.Petraeus addressed the issue during his Senate confirmation hearing in June, Reuters points out, saying one reason he opted to retire -- even though no law compelled him to do so -- was to allay concerns about the militarization of the CIA. "Beyond that, I have no plans to bring my military brain trust with me to the agency," Reuters quoted Petraeus as saying during the hearing.Reuters addresses larger questions about the blurred lines between covert CIA operations and military ones in the nation's battle against terrorism.