Analysis: Could North Korea be headed for collapse? 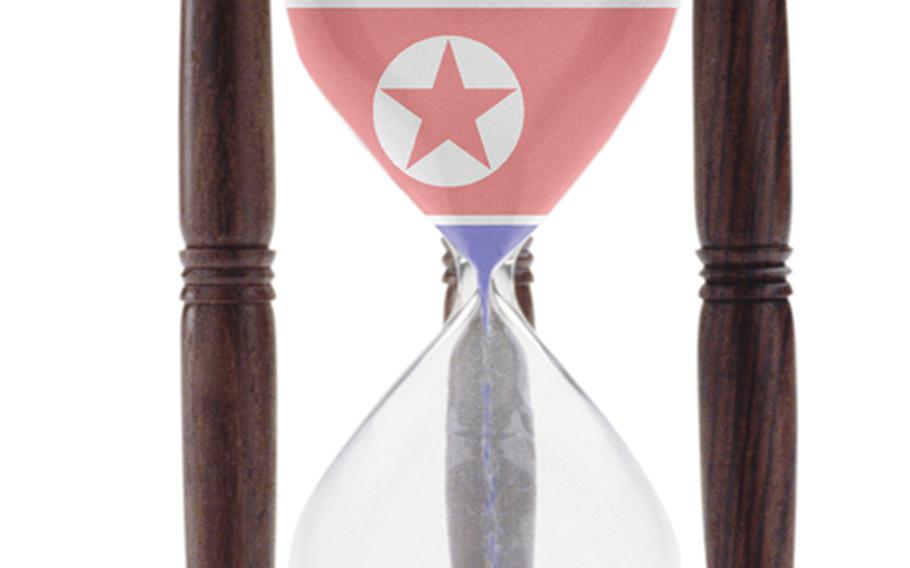 SEOUL &mdash; It&rsquo;s a question that has long perplexed those who study North Korea and one that continues to divide experts: How long can the leaders of the world&rsquo;s most isolated country stay in power?

The question of the Kim regime&rsquo;s survival &mdash; and the potential problems a sudden collapse of the government could unleash &mdash; has taken on added significance this year following North Korea&rsquo;s sinking of a South Korean warship in March and the Nov. 23 bombardment of a populated island along the countries&rsquo; maritime border.

Some analysts say those attacks point to a weakening dictatorship trying to demonstrate its military prowess and shore up support at home. Others, however, say the regime has shown a surprising resilience in the face of economic hardship and famine, and shows no sign of weakening.

&ldquo;There have been predictions of the imminent collapse of North Korea for decades, and so far it&rsquo;s shown a rather extraordinary capacity to survive in conditions that should have led to a regime collapse,&rdquo; said John Delury, a professor at Yonsei University in Seoul and associate director of the Asia Society&rsquo;s Center on U.S.-China Relations.

&ldquo;I don&rsquo;t think that it&rsquo;s about to collapse, and it would be a serious mistake to operate on the idea that it is. You&rsquo;ve got to work with what is, and that is a regime that is fully intact, and it&rsquo;s one of the longest running regimes in the world. Two leaders since the 1940s &mdash; that&rsquo;s a pretty good track record.&rdquo;

Hoping to better predict when North Korea might collapse, South Korea is spending $1.6 million to come up with a formula that measures the stability of the world&rsquo;s hardest-to-measure country, according to a recent Washington Post article.

The formula will take into account political loyalty in the military, recent economic output, even the ups and downs of leader Kim Jong Il&rsquo;s health &mdash; all without verifiable information on any of those factors.

&ldquo;The major problem with this is the lack of data,&rdquo; according to one senior government official quoted by the Washington Post. The official spoke on the condition of anonymity because the project, known as the North Korea Situation Index, is under way.

When the Unification Ministry finalizes the index within the next month or so, its assessment will represent an attempt to introduce some certitude into the increasingly polarized debate about the North&rsquo;s life expectancy.

Leaked U.S. diplomatic cables show that the possible collapse of the North Korean government is a concern for China, South Korea and the United States. According to cables released by WikiLeaks and reported on by several media outlets, top diplomats have discussed a collapse within the past year, with South Korea even going so far as to assure the U.S. that China would tolerate a reunified Korea under democratic South Korean control.

But Shunji Hiraiwa, professor of contemporary Korean studies at Japan&rsquo;s Kwansei Gakuin University in Hyogo, said the regime is much stronger than it appears from the outside, in part because there is little opposition to the current government.

Those in power know they are likely to lose their positions if the Kim government collapses, he said.

&ldquo;They want to do their best to keep the present system,&rdquo; he said. &ldquo;That is why internal conflict is least expected to happen.&rdquo;

Analysts have predicted the demise of the regime for years, particularly after the collapse of the Soviet Union in 1991 and the 1994 death of the &ldquo;Great Leader&rdquo; Kim Il Sung, who had ruled North Korea since 1948. But some experts say last year&rsquo;s failed currency reform, chronic hunger and the designation of an heir to &ldquo;Dear Leader&rdquo; Kim Jong Il, point to a country in deeper distress than ever before.

Of particular concern is Kim Jong Il&rsquo;s health. If the ailing dictator, who is believed to have suffered a stroke two years ago, dies within a few years, his son and heir apparent, Kim Jong Un, may not have time to build the power base among the country&rsquo;s elites that he needs to stay in control.

The younger Kim is believed to be approximately 27 years old and was named a general and introduced to the public this fall &mdash; a clear sign, experts say, that he has been designated the third Kim to lead the country.

In contrast, Kim Jong Il had two decades to prepare for leadership before his father died.

&ldquo;If Kim Jong Il dies within the next five years, the chances are 50-50 that Kim Jong Un won&rsquo;t be able to hold that country together, simply because he doesn&rsquo;t have that power base,&rdquo; said Bruce Bechtol, author of &ldquo;Defiant Failed State: The North Korean Threat to International Security&rdquo; and an associate professor of political science at Angelo State University.

While some experts are trying to predict the government&rsquo;s collapse, others want to see more planning for the fallout from such an event.

Col. David Maxwell, a Special Forces officer and faculty member at the National War College, said that U.S. and South Korean efforts to deter a North Korean attack could ultimately result in the violent collapse of the Kim regime instead of peaceful reunification or a &ldquo;soft landing.&rdquo;

Maxwell said the U.S. and South Korea have the military expertise to deal with problems that may result from a collapse, but should be doing more strategic planning for it now.

At an irregular warfare conference at U.S. Army Garrison-Yongsan this fall, Maxwell outlined steps including more discussions with China, and developing an end-state vision for what should happen to the two Koreas, and establishing a group of military and civilian &ldquo;North Korea hands,&rdquo; or experts, to make plans for a collapse.

Most importantly, he said, they should be conducting an influence campaign that lays the groundwork for a post-Kim Korea. The message, aimed at North Korea&rsquo;s second-tier leaders and overall population, should be that the U.S. and South Korea are not their enemies.

That campaign could include smuggling cell phones into the North, which has few links with the outside world, he said.

&ldquo;You&rsquo;ve got to use all of the opportunities to engage the North Korean people at all levels,&rdquo; Maxwell said.

Experts say a collapse could unleash a wealth of problems, including floods of refugees trying to cross into China and South Korea and uncontrolled nuclear weapons.

&ldquo;Eventually collapse is going to occur, and when collapse occurs, they&rsquo;re still going to have their nuclear weapons and to me, that is the biggest danger we face,&rdquo; Maxwell said. &ldquo;The problem will be much, much worse than it currently is.&rdquo;

Scott Snyder, director of the Center for U.S.-Korea Policy at the Asia Foundation in Washington, said the most serious problem that could arise after a collapse is a protracted civil war in which sides are looking for support from outside Korea.

Snyder said that no matter how much planning is done before a collapse, nobody will feel prepared for it when it happens.

&ldquo;There are just so many variables that will be shaped by factors that are in the moment,&rdquo; he said. &ldquo;You could probably put together 100 scenarios to deal with all the factors that come into play, and I don&rsquo;t think there&rsquo;s a political plan that deals with all 100 of those scenarios.&rdquo;