An MVP performance by Yokosuka in Super Bowl of postal business 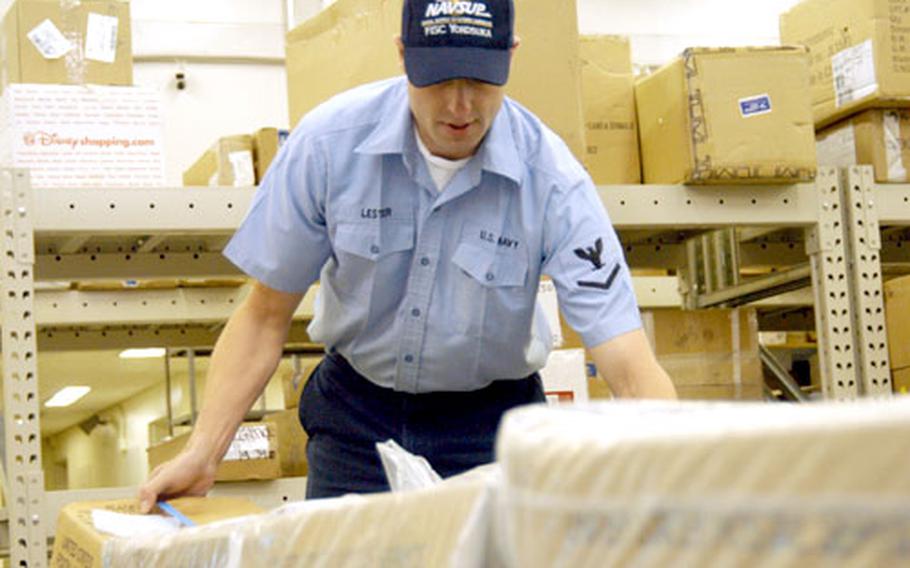 YOKOSUKA NAVAL Base, Japan &#8212; The pace at the Yokosuka Naval Base Post Office pitches and rolls, but Super Bowl season is seriously strenuous.

For local postal workers, the Super Bowl has nothing to do with the Feb. 5 National Football League game in Detroit. Their Super Bowl is already over. And they won this year, they said.

This year&#8217;s game got exciting, he said, when inclement winter weather in the U.S. delayed inbound airmail arriving to Tokyo&#8217;s Narita International Airport. The resulting backlog had workers on the job until midnight.

But even though Christmas packages may still be trickling in &#8212; packages sent via surface mail take an average of 30-35 days to arrive from the States, Jordan said &#8212; the backlog seems to have cleared now, he said.

With more than 20,000 customers, Yokosuka&#8217;s post office is the largest in the U.S. military in terms of volume and revenue. The facility did $3.8 million in business last year and handled 38 million pounds of mail, Jordan said. Mail comes in by the ton on &#8220;sea vans&#8221; or is flown in to Narita. It&#8217;s sorted at the Fleet Mail Center in Yokohama before going to the base post offices.

The staff also handles Japanese mail, such as utility bills, for military customers.

Mail will start tapering off in mid- to late January, he said. But things will rev up again when Valentine&#8217;s Day rolls around &#8212; after the real Super Bowl.