An inside look at Lakenheath's confinement facility 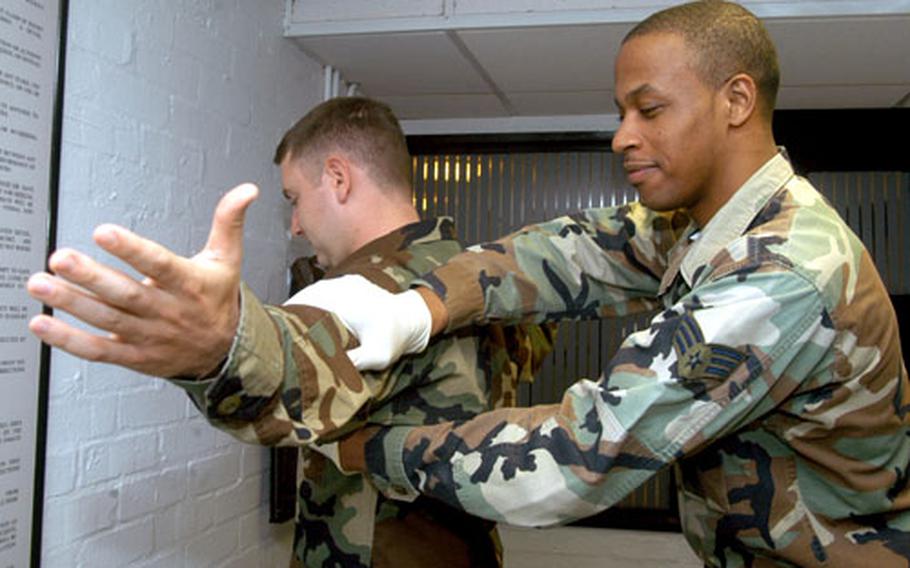 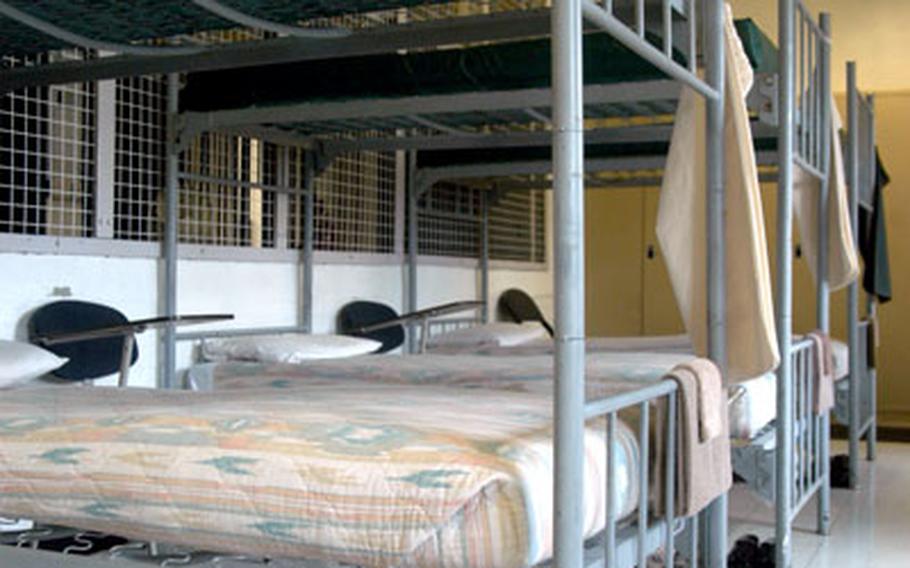 RAF LAKENHEATH &#8212; The strong aroma of floor cleaner awakened the nostrils during a daily inspection of the RAF Lakenheath Confinement Facility&#8217;s communal bay, where it currently holds five inmates.

Tech. Sgt. Christopher Chastang, the noncommissioned officer-in-charge of the facility, walked around the bay and checked tightly-made beds and inside wall lockers, where pressed uniforms were hung and carefully-folded garments were stacked.

Chastang, a 35-year-old from Houston, expects inmates to keep a tidy living space that, in return, helps instill pride and discipline as they serve out their time at the facility, he said.

A crew of five disciplinary officers from the 48th Security Forces Squadron watches over inmates here, where U.S. servicemembers stationed in the United Kingdom usually end up after being court-martialed and sentenced to confinement.

The Level-1 confinement facility can hold an inmate for up to 12 months. Inmate charges have included failure to deploy, looking at child pornography on the Internet, drug use and possession, indecent assault and kidnapping.

If sentenced for more than a year, inmates are either transferred to Fort Leavenworth, Kan., Miramar Naval Brig, Calif., or Charleston Air Force Base, S.C.

The facility can handle a maximum of 26 inmates, but Chastang said he has seen only up to 12 inmates at the facility during his three years there.

Once military judges hand down a ruling with confinement, inmates are transported to the facility and read a list of rules, searched for contraband and put in a segregation cell for at least 24 hours to ensure that they can adjust.

Depending on the inmate&#8217;s custody grade, they are then released into the communal bay.

To counter the monotony, the facility has incentive programs. One of them is a work-release program that allows an inmate to conduct physical labor for their unit, such as pulling weeds, moving furniture and painting. Even though they are serving confinement, inmates are still assigned to their military units.

Inmates can earn up to 13 days of good conduct time and earned time every month for their hard work and good behavior. These days can be used to take time off their sentence. Good behavior can also land privileges such as watching TV, talking on the telephone or using electronics.

The incentives help maintain the peace, Chastang said, which really benefits the guards who are not authorized to carry weapons. He added that the overall attitude of inmates is calm and vastly different from the one on the television show &#8220;Oz.&#8221;

Senior Airman Jeremiah Houston, a disciplinary supervisor at the facility, agrees and said that inmates &#8220;know that once they&#8217;re back here that it&#8217;s all serious business.&#8221;

The 22-year-old Los Angeles native said that guards try to instill regulations and discipline onto the inmates in order to get them back into the right mindset.

The confinement facility opens its doors to new airmen as part of tours offered at the First Term Airman Centers on RAF Lakenheath and RAF Mildenhall.

Since the facility started the tours about three years ago, the facility has not seen an airman who took the tour return as an inmate, Chastang said.