An ‘Idol’ in uniform 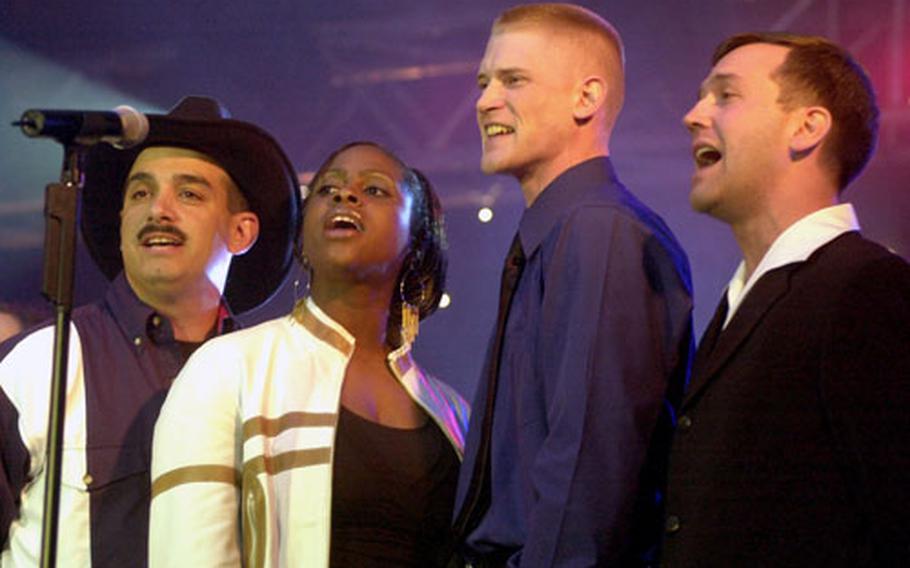 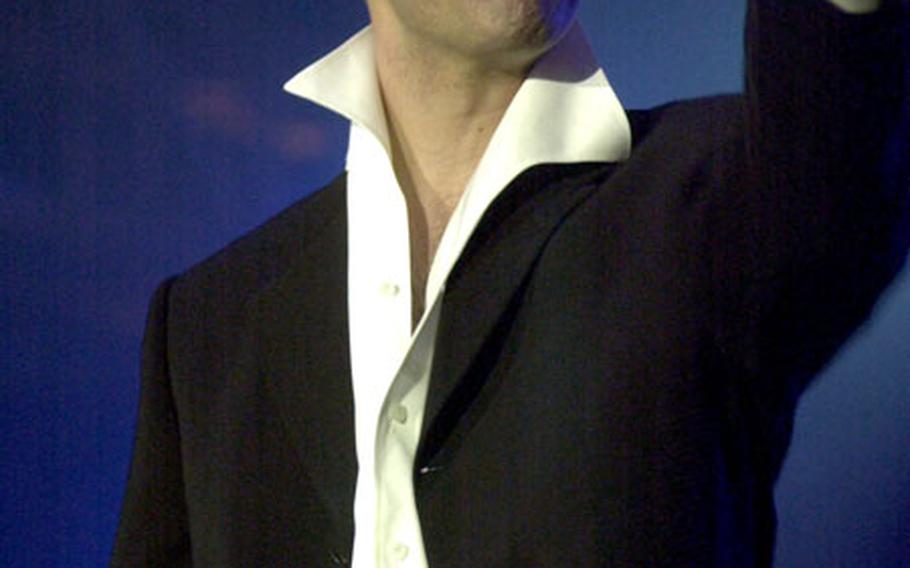 Maj. Larry Speer gestures to the crowd during his rendition of Neil Diamond’s hit song “America” on Saturday during the U.S. Air Forces in Europe Idol competition at Ramstein Air Base, Germany. Speer, a C-20 pilot at Ramstein, won the singing contest. (Scott Schonauer / S&S) 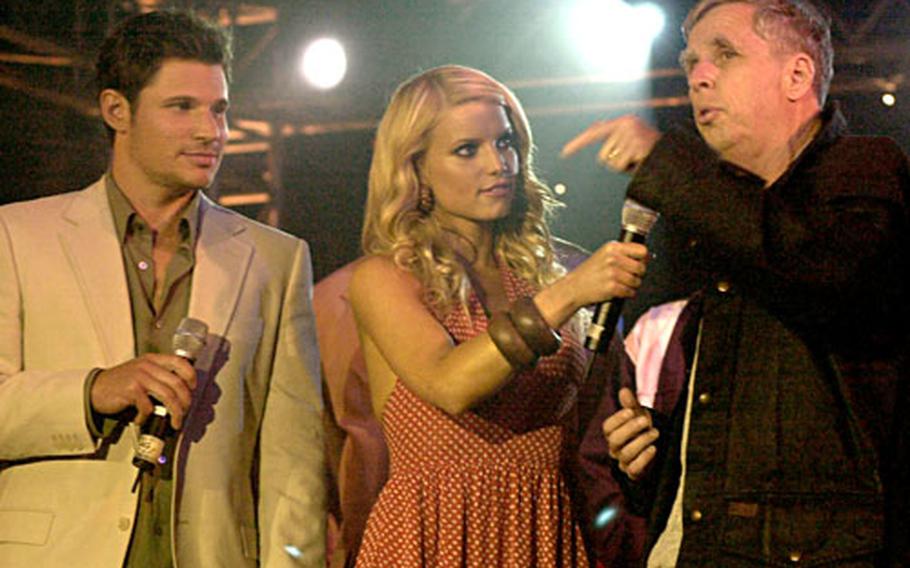 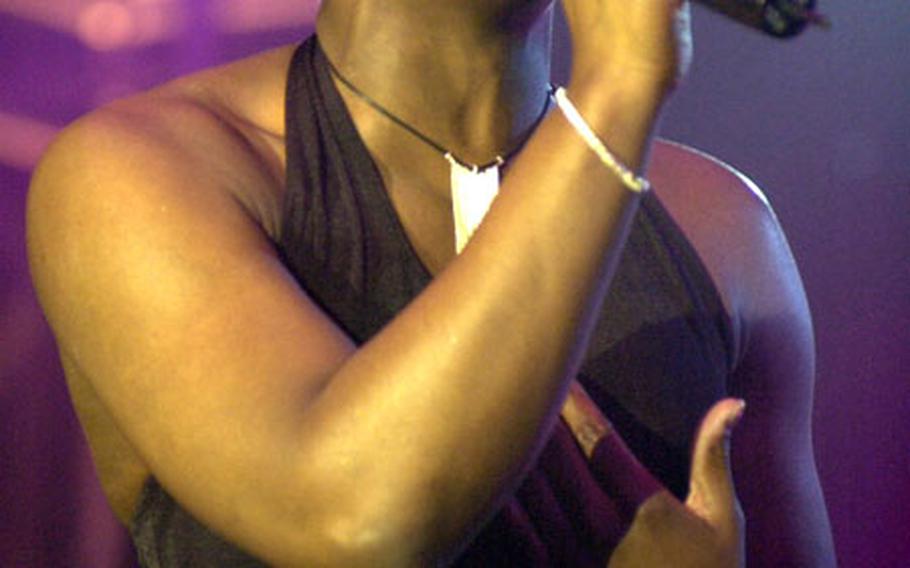 Maj. Larry Speer, who got a rousing ovation from his home base crowd for singing Neil Diamond&#8217;s &#8220;America,&#8221; won the U.S. Air Forces in Europe singing contest on Saturday at the Ramstein Officers&#8217; Club.

Speer, a C-20 pilot with the Ramstein-based 76th Airlift Squadron, never thought he had a chance when he first heard the other seven singers.

About 900 people attended the first-ever talent show that brought together the best Air Force singers from around the region. Pop singing couple Nick Lachey and Jessica Simpson, who put on a star-studded variety show on base Friday, gave out awards to the finalists.

While Speer doesn&#8217;t get a record contract like &#8220;American Idol&#8221; TV show winners Ruben Studdard, Kelly Clarkson or Fantasia Barrino, he can boast that he is the best in the command.

Top singers from bases around the continent &#8212; from Iceland to Turkey &#8212; competed in a format borrowed from the hit Fox-TV franchise. The Air Force called their talent show &#8220;USAFE Idol.&#8221;

Each person sang two songs of their choice, and four judges graded the performances to determine the winner.

He admitted that performing at his home base gave him a slight advantage over the other seven singers.

Although the TV show judges are known for airing frank criticisms, the crowd didn&#8217;t get to hear or see how the panel voted.

And just as the Fox talent show franchise has had its share of controversy, the USAFE version wasn&#8217;t without a little friendly debate. Everyone had a favorite.

Those that came up short could try again.

Gen. Robert &#8220;Doc&#8221; Foglesong, USAFE commander, said it would be an annual event. He came up with the idea of the contest after coming across so many airmen who had musical talent.