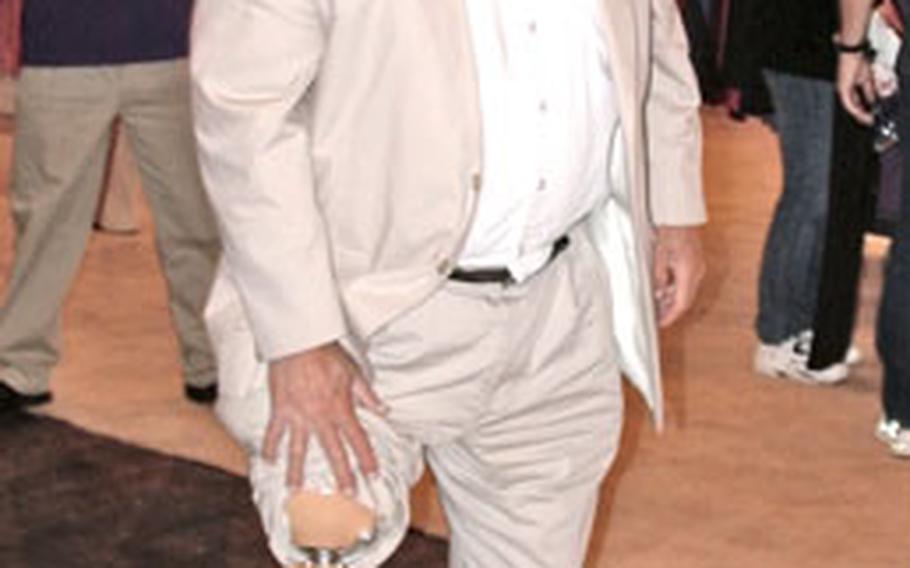 Dick Traum, who lost his right leg after he was struck by a car in 1965, is helping Marines wounded in war to run marathons. Traum competes Sunday in the Marine Corps Marathon in Washington. (Jeff Schogol / S&S)

WASHINGTON &#8212; In 1976, Richard Traum became the first amputee to run a marathon. Now he is helping wounded Marines cross the finish line.

Traum, who lost his leg in 1965 when he was struck by a car, is president of Achilles Track Club Inc., a New York City-based nonprofit that helps disabled people run with the general public.

For the past two years, Traum&#8217;s group has helped about 50 wounded Marines who have lost limbs overcome their injuries and run in marathons, he said.

Traum and 10 Marines his group have helped were set to make the 26.2-mile trek Sunday for this year&#8217;s 30th annual Marine Corps Marathon, he said.

He said the Marines he has met in rehabilitation centers are the finest athletes he has ever met.

But initially, the Marines seem bewildered when he tells them they can run a marathon, he said.

Traum said he usually first talks to wounded Marines shortly after they have lost a limb.

Eventually, the wounded Marines warm to the idea of running in a marathon and push themselves to get better, Traum said.

Sunday will mark the first time Traum has competed in the Marine Corps Marathon, he said. He has always wanted to take part in it, but it has always conflicted with the New York City Marathon, he said.About 27,000 runners were expected to take part in Sunday&#8217;s race, which begins at the Iwo Jima Monument at the intersection of Marshall Drive and Route 110 in Arlington, Va., according to marathon literature.

Runners with bibs numbered 11,999 and below should arrive at the start line at 6:15 a.m. Sunday, while runners with bibs 12,000 and above should be at the runner&#8217;s village in the Pentagon North Parking lot at 6:45 a.m., said marathon spokeswoman Beth Cline.

Participants have until 7 p.m. Saturday to pick up their bibs and other gear at the D.C. Armory, she said.

For some of the people who waited in line Friday to get their running bibs at the D.C. Armory, this will be their first marathon.

Shaffer said she has always wanted to take part in the race, but about five years ago she shattered her ankle and doctors told her she would never run farther than a mile again.