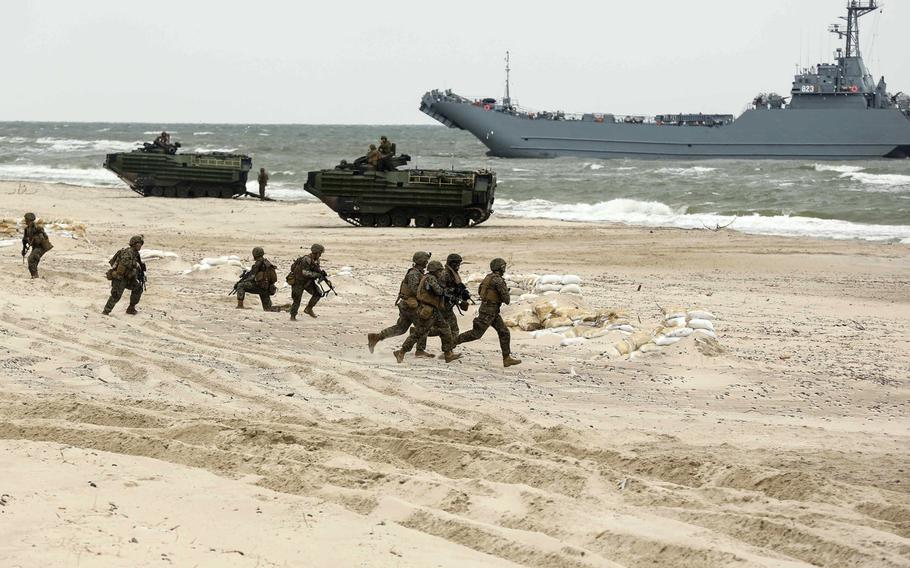 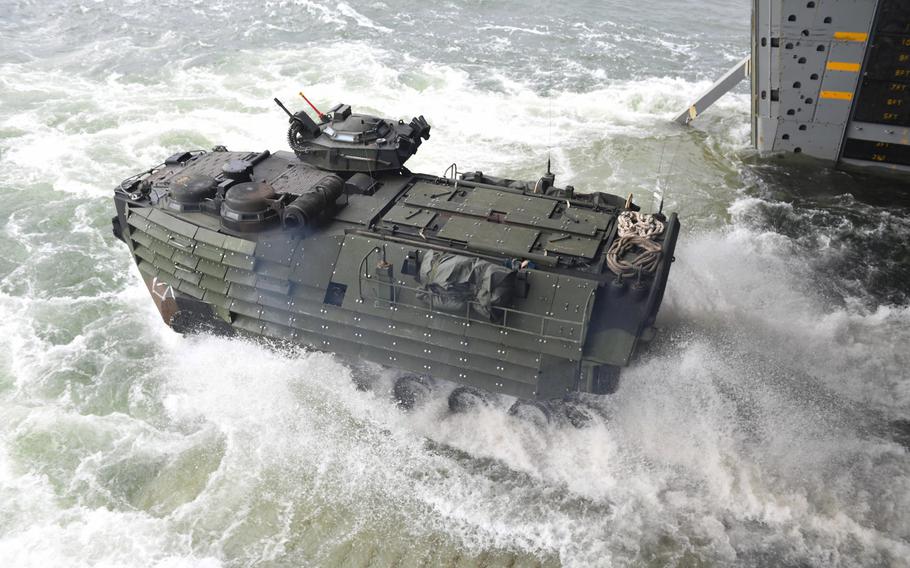 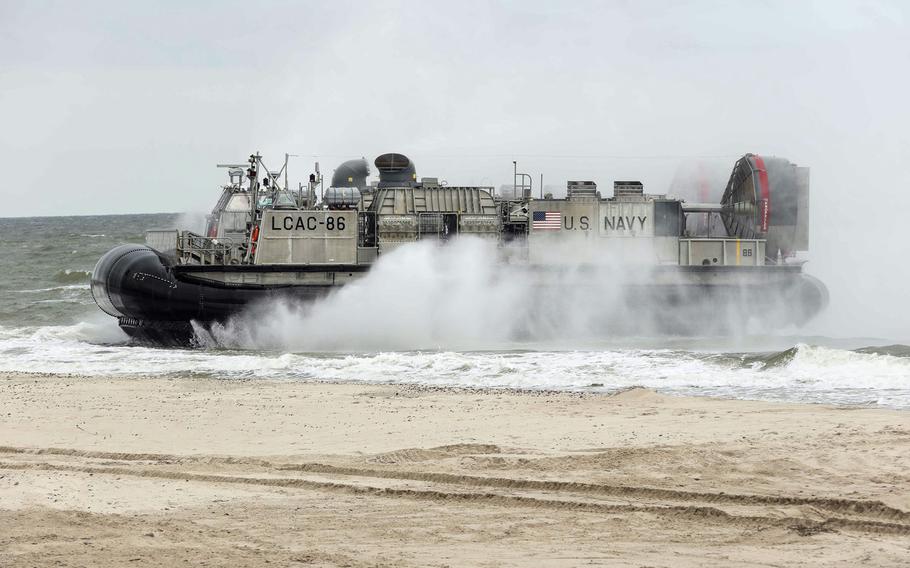 A landing craft, air cushion, lands on the beach in Ustka, Poland, for an amphibious assault landing demonstration June 14, 2017, as part of exercise BALTOPS 2017. BALTOPS 17 is the premier annual maritime-focused exercise in the Baltic region and one of the largest exercises in Northern Europe. (America A. Henry/U.S. Navy) 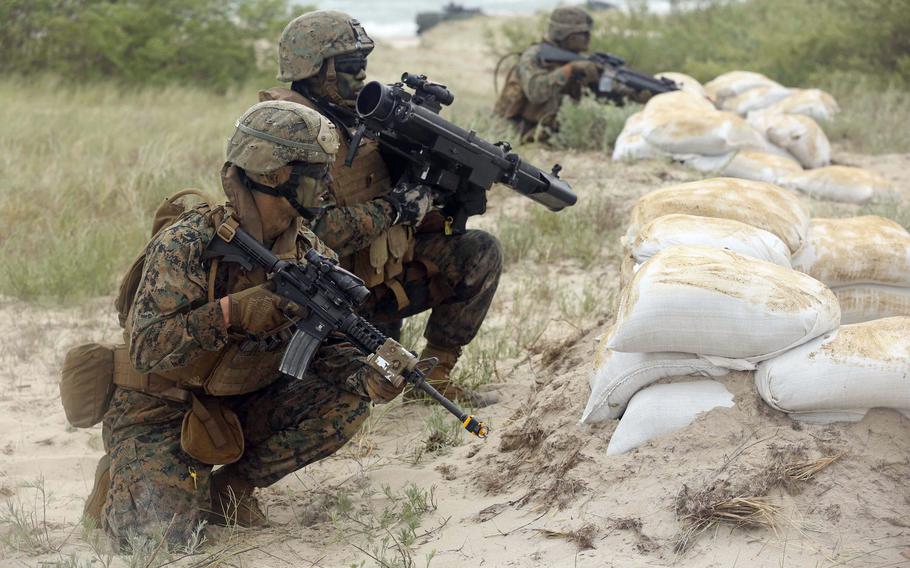 NATO forces completed a mock amphibious assault in northern Poland as part of Exercise Baltic Operations, giving U.S. Marines a rare chance to practice a skill that has languished over the years: a shoreline assault.

The Baltic beach landing, conducted Wednesday, showcased Marines in a fast-paced show of force as they moved to secure an area around Ustka, Poland.

After years of fighting in Iraq and Afghanistan, where amphibious operations took a backseat, Marines were eager to show their amphibious capabilities. It was the battlefield equivalent of kicking in the front door.

“Many Marines, due the ops-tempo over the last decade, have not had the opportunity to be aboard a ship, or conduct an amphibious landing,” U.S. Marine Corps Maj. William Diaz, 1st Battalion, 23rd Marines, battalion executive officer, said.

The Marines participating in BALTOPS, a U.S.-led exercise that concluded Friday after two weeks of operations around the Baltics, had the opportunity to practice a skill that is fundamental to being a Marine, Diaz said.

The exercise, which involved a dozen NATO members, aimed to bolster the ability of allies to fight together, with a heavy focus on sea power.

Some critics, however, have argued that the days of amphibious assaults as an essential battlefield tactic are over. Cheap missiles and precision weapons have forced ships to deploy amphibious assault groups further out at sea, which mean the Marines have a longer and more dangerous way to travel to their targets on the beach.

Italian Navy Commander Fernando Cianci, the Naval Striking and Support Forces NATO amphibious operations planner, said he still believes there is a role for the amphibious assault in modern warfare. It it is an essential instrument in NATO’s arsenal, he said.

“[Amphibious Assaults] are a unique tool within the operational campaign to quickly achieve results, bypassing most of the constraints and limitations met by (land and air) options,” Cianci said. “Effective control of port facilities and other relevant installation in vicinity of the shore-line are just a part of the tremendous results that an amphibious assault can achieve. It is an incredible deterrent.”

While shoreline defense have increased in effectiveness over the years, so has the ability to conduct an amphibious assault. Sea based aircraft, including air lift for Marines, expands the capabilities of an amphibious assault, allowing the Marines to reach the fight sooner.

Europe has more than 41,000 miles of coastline alone. These wide swaths of beach could allow Marines to attack where the enemy is weakest or even behind enemy lines.

“[Amphibious assaults] provide the operational Commander with the option to hastily attack enemy critical vulnerabilities or decisive points,” Cianci said. “To seize ports and airfields, to seize areas for the development of advanced bases and create the pre-condition in order to facilitate the entry of follow-on forces”.