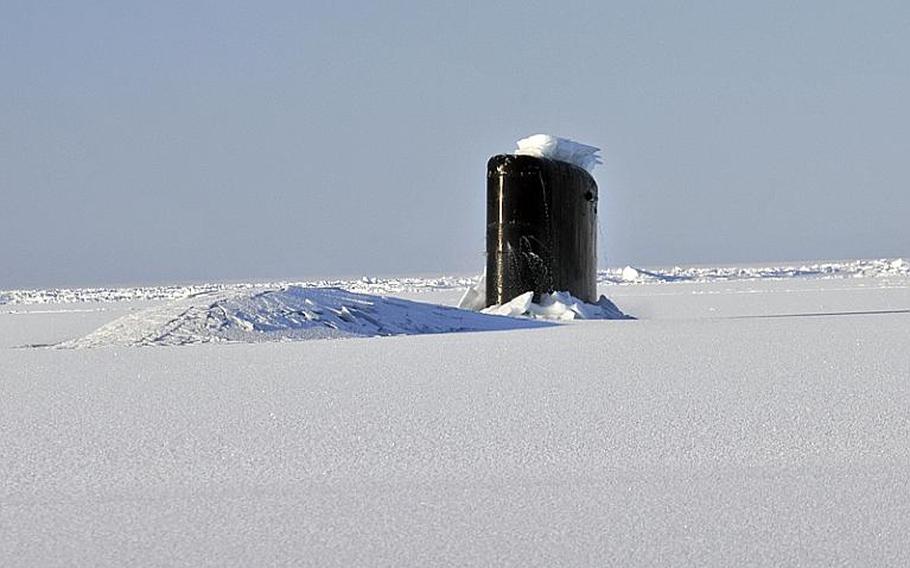 NAPLES, Italy &mdash; The Navy has completed its latest assessment of the Arctic region, where melting ice is raising strategic questions as well as commercial opportunities.

&ldquo;In the past, the Arctic was largely inaccessible, but increased seasonal melting of the sea ice is opening the region and creating opportunities for oil and gas exploration, maritime shipping, commercial fishing and tourism,&rdquo; Rear Adm. David Titley, director of the Navy&rsquo;s task force for climate change, said in a statement Tuesday. &ldquo;We are confronted by a new ocean for the first time in 500 years.&rdquo;

The assessment is part of a five-year plan, released in May 2009, to guide Navy policy, actions and investment regarding the Arctic.

Questions of territorial claims are among key issues for the eight Arctic nations, which include Russia, as nations jockey for control of potentially lucrative resources buried beneath the ocean floor.

The task force assessment noted that scientific research and oil and gas exploration have already increased in the region, which it said could be largely ice-free during the summer melt season in roughly 25 years, according to a Navy press release summarizing the report.

However, working in the Arctic will pose &ldquo;operational challenges,&rdquo; the release said, citing &ldquo;vast distances with no supporting shore infrastructure, lack of logistical support, unreliable communications and ice-compromised sensors and weapon systems.&rdquo;

&ldquo;The Navy has over a half-century experience in Arctic submarine operations, but we have very limited experience with surface and air operations in the region,&rdquo; McBride was quoted as saying. &ldquo;In the past, we had little need to go there.&rdquo;

The 2009 five-year plan, an &ldquo;Arctic Roadmap,&rdquo; noted the opening of the Arctic Ocean could lead to increased oil and gas development and reshape the global sea transportation system, offering &ldquo;opportunities for growth, but also ... potential sources of competition and conflict for access and natural resources.&rdquo;

&ldquo;The fact that the U.S. is an Arctic nation is one that, in the past, has gone unrecognized by much of the American public due to Alaska&rsquo;s separation and distance from the contiguous 48 states,&rdquo; Sen. Jay Rockefeller, D-W.Va., chairman of the Committee on Commerce, Science and Transportation, said at a July hearing on the emerging Arctic Ocean. &ldquo;But that is changing &mdash; and the Arctic is changing.&rdquo;

In 2007, there was a record low in sea ice and the trend has continued, Titley told the Senate Subcommittee on Oceans, Atmosphere, Fisheries, and Coast Guard in July. Increased melting in the Bering Strait could, in a few decades, allow goods to be shipped across the Arctic instead of through the Panama Canal. &ldquo;The changing Arctic has important national security implications for the Navy,&rdquo; Titley said.

Strategically speaking, the value of an open Arctic lies in the emerging trade routes, and who controls those is key, according to Christian Le Mi&egrave;re, research fellow for naval forces and maritime security at the London-based International Institute for Strategic Studies.

But the fact that the Arctic is of growing importance should help the Arctic states reach an amicable solution, Le Mi&egrave;re said.

&ldquo;There&rsquo;s greater willingness now to discuss these issues more openly, which should help negotiations,&rdquo; he said.

This summer, Russia and Norway came to a territorial agreement regarding the oil-rich Barents Sea, which took 40 years, he said.

Canada and the U.S. are at odds over the Northwest Passage, which Canada asserts is in its territorial waters, while the U.S. contends it is an international waterway, Le Mi&egrave;re said.

&ldquo;It&rsquo;s unclear how it will be resolved, because it currently appears to be an intractable dispute,&rdquo; he said. &ldquo;There is very little overlap between the two positions.&rdquo;

There have been seeds of international cooperation on the so-called High North.

The eight nations on the Arctic Council &mdash; the U.S., Russia, Canada, Finland, Norway, Iceland, Sweden and Denmark, which represents Greenland &mdash; reached a deal in May to cooperate on search-and-rescue missions there.